Obama said yesterday that he was going to remove all of the regulations and bureaucracy that has been put in place over the years to speed everything up during a crisis.

Unfortunately for him he's doing exactly what Mitt Romney plans on doing once he takes office.

Most of what Romney wants to do is streamline government, turn over parts of the federal government to the states, and reduce the red-tape that is always involved so that costs go down and efficiency goes up.

I guess Obama has seen the light. Instead of being a road-block to everything during a crisis Democrats want to be facilitators.

Do you think that he would be doing this if it wasn't close to the election?

I seriously doubt it.


Usually Obama is the cause of most of the problems in America. When the Gulf Oil Spill happened he caused the clean-up to take much longer when his folks were out there counting life-jackets and forcing clean-up ships to stay docked until they could find enough preservers to suit Uncle Sam. 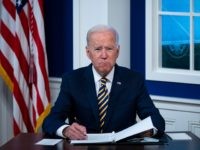 &#8220;Because the devastation in Staten Island, the lack of a response,&#8221; Mr. Molinaro said to explain his comment to NBC after the press conference. &#8220;You know, I went to a shelter Monday night after the storm. People were coming in with no socks, with no shoes. They were in desperate need. Their housing was destroyed. They were crying. Where was the Red Cross? Isn&#8217;t that their function? They collect millions of dollars. Whenever there&#8217;s a drive in Staten Island, we give openly and honestly. Where are they? Where are they? I was at the South Shore yesterday, people were buried in their homes. There the dogs are trying to find bodies. The people there, the neighbors who had no electricity, were making soup. Making soup. It&#8217;s very emotional because the lack of a response. The lack of a response. They&#8217;re supposed to be here&#8230;.They should be on the front lines fighting, and helping the people.&#8221;​
Starving people dumpster-diving in the lower East side.........http://www.nbcnewyork.com/video/#!/...-Lines-Snake-Around-Barclays-Center/176774511

You don't reach the state of starving since Tuesday. Hungry, yes, but not starving. And since over half of New York has power, with grocery stores open, why is it they cannot walk to where there are supplies?

I think that this is just more bullshit to try to discredit the President's response to this disaster. A response that continues to earn high praise from the Governors of the states involved as well as local authorities.
O

As Hurricane Sandy pummeled the East Coast on Monday, President Obama was orchestrating an &#8220;outstanding&#8221; federal response according to New Jersey Gov. Chris Christie (R). Normally a harsh critic of the president and a surrogate on the campaign trail for Republican presidential candidate Mitt Romney, Christie joined Gov. Andrew Cuomo (D-NY) in praising Obama and his administration&#8217;s disaster response.

&#8220;The federal government&#8217;s response has been great. I was on the phone at midnight again last night with the President, personally. He has expedited the designation of New Jersey as a major disaster area,&#8221; Christie told NBC&#8217;s Today Show on Tuesday.

&#8220;I have to say, the administration, the president himself and FEMA Administrator Craig Fugate have been outstanding with us so far,&#8221; Christie said on Good Morning America. &#8220;We have a great partnership with them.&#8221;

Obama spoke personally with the mayors of New York, Jersey City and Newark as well, and has planned a conference call for Tuesday afternoon with governors and mayors in the affected areas

The response has been great because Obama cuts a few hundred corners of bullshit Federal bureaucracy
in order to get some nice press clippings in a mad dash toward the finish line of an election that is way too close...
Trump is a Chump... A Con man ..And people fell for it bigly... sad.

Maybe they don't walk to the stores because they have no socks and shoes.

And yes, they have no bananas either.

Old Rocks said:
You don't reach the state of starving since Tuesday. Hungry, yes, but not starving. And since over half of New York has power, with grocery stores open, why is it they cannot walk to where there are supplies?

I think that this is just more bullshit to try to discredit the President's response to this disaster. A response that continues to earn high praise from the Governors of the states involved as well as local authorities.
Click to expand...

Why don't you try it and see how it feels. I've gone over a week without eating. I know what it feels like.

Old Rocks said:
You don't reach the state of starving since Tuesday. Hungry, yes, but not starving. And since over half of New York has power, with grocery stores open, why is it they cannot walk to where there are supplies?

I think that this is just more bullshit to try to discredit the President's response to this disaster. A response that continues to earn high praise from the Governors of the states involved as well as local authorities.
Click to expand...

Yeah, what do the people actually there know? Some anonymous internet Obama boot-licker says they're exaggerating.

You really are a despicable person.
"Accuse the other side of that which you are guilty."

Used on a daily basis by USMB member mamooth.
B

Only dimocrats can't see the irony of the need to cut a slew a government regulations is order to get things done!
Nonessential government worker in training...
OP

blastoff said:
Only dimocrats can't see the irony of the need to cut a slew a government regulations is order to get things done!
Click to expand...

Notice how some libs are only concerned when they can score political points but could care fucken less when the shoe is on the other foot.
Last edited: Nov 2, 2012

Floods render NYC hospitals powerless
2 Nov.`12  There are few places in the U.S. where hospitals have put as much thought and money into disaster planning as New York. And yet two of the city's busiest, most important medical centers failed a fundamental test of readiness during Superstorm Sandy this week: They lost power.

Their backup generators failed, or proved inadequate. Nearly 1,000 patients had to be evacuated. The closures led to dramatic scenes of doctors carrying patients down dark stairwells, nurses operating respirators by hand, and a bucket brigade of National Guard troops hauling fuel to rooftop generators in a vain attempt to keep the electricity on. Both hospitals, NYU Langone Medical Center and Bellevue Hospital Center, were still trying to figure out exactly what led to the power failures Thursday, but the culprit appeared to be the most common type of flood damage there is: water in the basement.

While both hospitals put their generators on high floors where they could be protected in a flood, other critical components of the backup power system, such as fuel pumps and tanks, remained in basements just a block from the East River. Both hospitals had fortified that equipment against floods within the past few years, but the water  which rushed with tremendous force  found a way in. "This reveals to me that we have to be much more imaginative and detail-oriented in our planning to make sure hospitals are as resilient as they need to be," said Irwin Redlener, director of the National Center for Disaster Preparedness at Columbia University's Mailman School of Public Health.

The problem of unreliable backup electricity at hospitals is nothing new. Over the first six months of the year, 23 percent of the hospitals inspected by the Joint Commission, a health care facility accreditation group, were found to be out of compliance with standards for backup power and lighting, according to a spokesman. Power failures crippled New Orleans hospitals after Hurricane Katrina. The backup generator failed at a hospital in Stafford Springs, Conn., after the remnants of Hurricane Irene blew through the state in 2011. Hospitals in Houston were crippled when Tropical Storm Allison flooded their basements and knocked out electrical equipment in 2001.

When the Northeast was hit with a crippling blackout in 2003, the backup power at several of New York City's hospitals failed or performed poorly. Generators malfunctioned or overheated. Fuel ran out too quickly. Even where the backup systems worked, they provided electricity to only some parts of the hospital and left others in the dark. Afterward, a mayoral task force recommended upgrading testing standards for generators and requiring backup plans for blood banks and health care facilities that provide dialysis treatment.

Before Sandy struck, Federal Emergency Management Agency officials said they had 400 industrial-size power generators ready to help the East Coast. Three days after Sandy landed, only a fraction of that equipment is actually providing power, despite the fact that millions are still without electricity. On Thursday, FEMA Administrator Craig Fugate said four generators were installed overnight. He said that by the end of the day, he expected there would be roughly 70 generators installed in New Jersey, New York and Connecticut, but his figures didn't jibe with those from state officials. Utility trucks headed for storm-hit areas are loaded Thursday into an Air Force cargo jet at a California base.

Restoring power is a priority for federal officials, because so much of the cleanup depends on electricity. FEMA's large, truck-delivered generators are different from ones that would supply a single-family home with electricity. Instead, they are meant to serve critical locations such as hospitals, nursing homes and government offices. The delay comes partly because generators vary, so not all types of equipment can be used for every task. In cases such as storm recovery, FEMA provides states with information about the various generators they can tap. In turn, states must identify their needs and assign particular equipment from the FEMA allotment. Such assessments by state officials can take time as needs shift during the first few hours and days following a storm. Once states identify which equipment is needed, the Army Corps of Engineers manages the equipment, officials said.

In Connecticut, just one FEMA generator was up and running, according to spokesman Scott DeVico of the state's emergency-response agency. State officials have at their disposal 51 standby FEMA generators at Westover Air Reserve Base in Massachusetts, Mr. DeVico said. He added that Connecticut doesn't have any unmet needs for generators, and didn't elaborate on the matter. More than 300,000 customers in Connecticut were without power Thursday. FEMA has sent New York state 13 generators, and seven of them have been deployed, all to Long Island, according to a state agency spokeswoman, Janine Kava. One of those generators was sent to a wastewater facility in Nassau County and the other six were sent to the Long Island Rail Road.

Israel is a Settler Colonialism Enterprise - Prove it
2 3 4