Well, here's a Nightwing (DC Comics) fan-fiction about a peculiar heist with vigilantism proportions, inspired by the film A Life Less Ordinary! Thanks for reading,

It was the dawn of evil in the dark city of Gotham in America. The city was ruled by the ominous schemes of the mastermind known as the Mad Hatter and his evil siren named Alice. Gotham had become a bedlam of organized crime and disorganized crime. The only one who sought to defy this dominion was the heroic costumed vigilante known as Nightwing. Nightwing sought to infiltrate Mad Hatter's opulent palace in Gotham and arrange a meeting at one of his iconic costumed tea parties where Nightwing would steal the precious $1 million diamond-necklace belonging to Mad Hatter's siren-mistress Alice. This heist would cement in the media that the Mad Hatter and Alice weren't immune from criticism, which is just what Nightwing envisioned as the curative scandal in a city beset by complete cynicism! 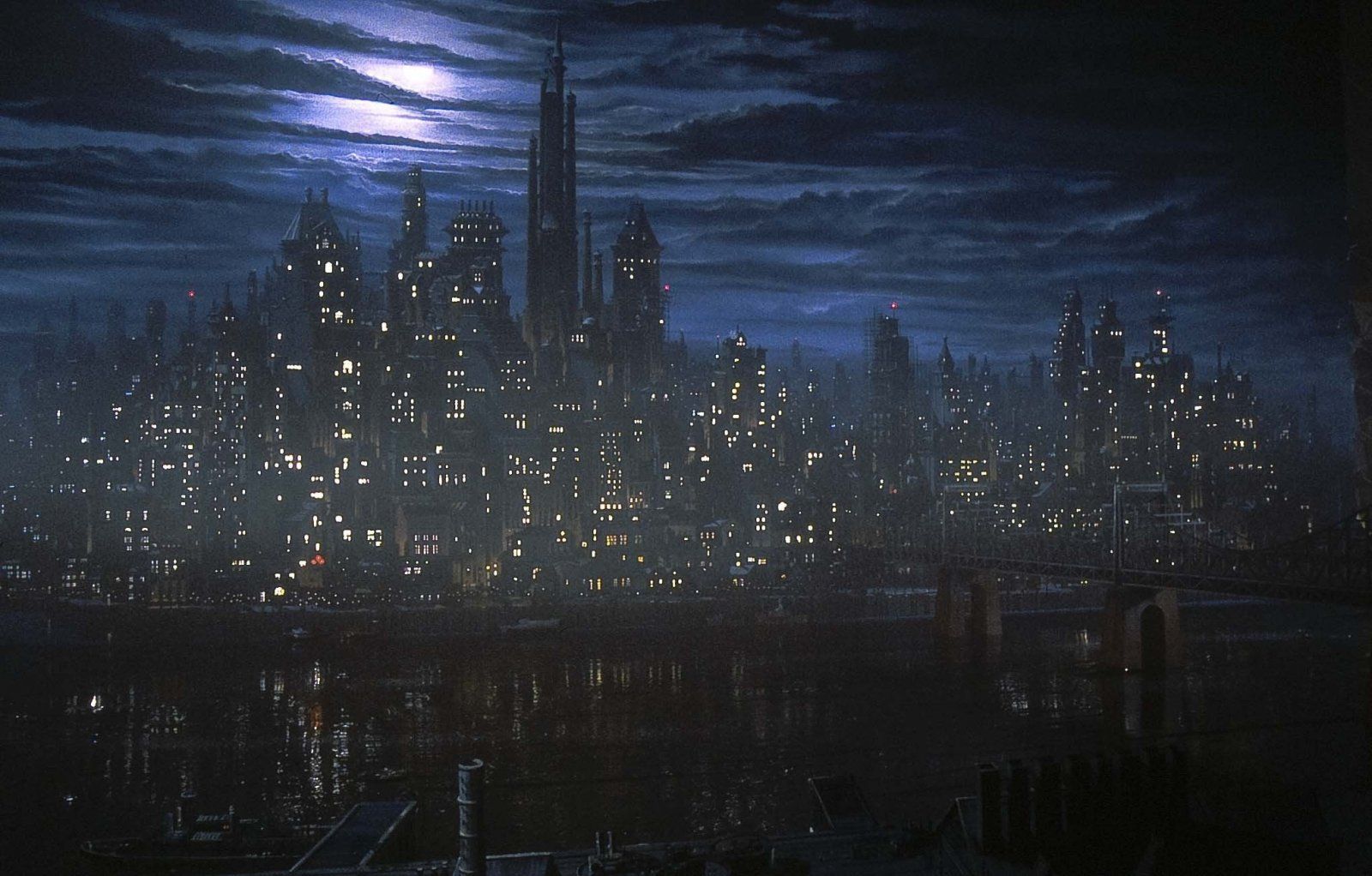 MAD HATTER: My palace rests in the outskirts of the great city, and it's really resembling of an ancient home from Europe. 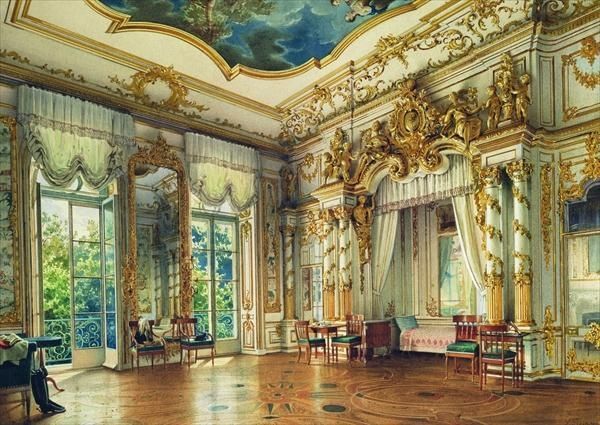 Nightwing visited Hatter and Alice at one of their afternoon Sunday tea-parties as a merchant from Venice. Nightwing claimed he was a jeweler interested in various diamonds and necklaces ideally suited for fancy ladies of the city such as Alice. Mad Hatter was impressed with the merchant's sense of worldly knowledge of jewelry and treasures and exchanges of diamonds and decided to present himself to Nightwing as a great 'hatter' of modern-day criminal daydreams! 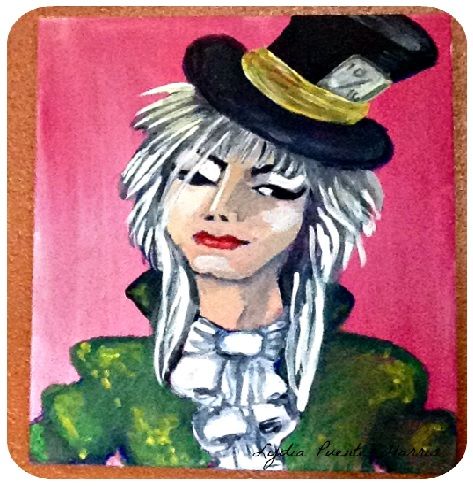 ALICE: I'm oddly suspicious of this eerie merchant who says he knows much about gems and wants to photograph my necklace. 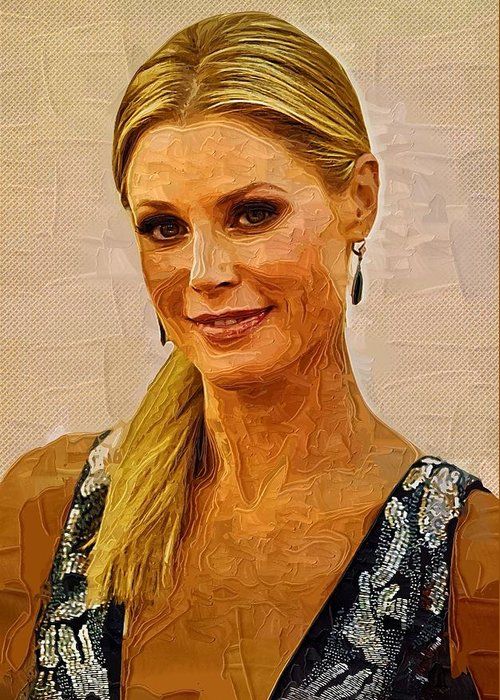 Nightwing carried a replica diamond necklace in the sole of his shoes. He obtained a photo Alice's $1 million diamond necklace from a criminal who was ostracized and ex-communicated by Hatter and decided to betray the crimelord to Nightwing. Nightwing had the identical replica necklace made for this palace-heist and had the replica hidden in the soles of his shoes. Nightwing intended to use basic social legalese humor to decry the Hatter as someone who was outwitted by the hands of his own treasure hoarding doings. Nightwing was therefore the city's only hope for anti-Hatter design. 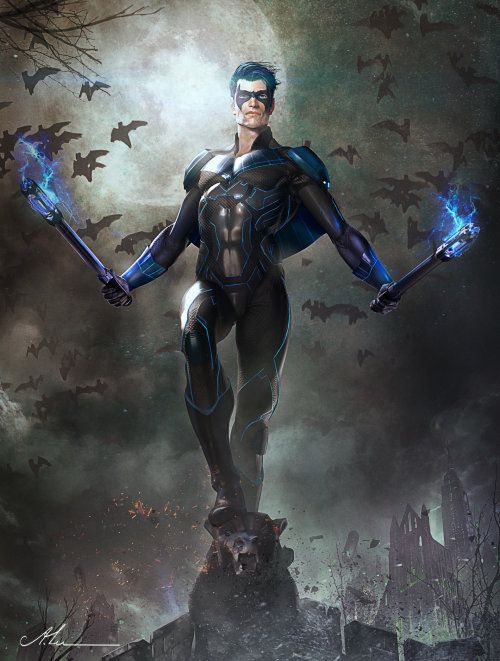 Nightwing, disguised as the merchant from Venice at the tea-party at Hatter and Alice's palace in Gotham that Sunday afternoon, got the two very drunk before convincing them to allow their guardsman, Bartleby, to escort them into the room where the safe-box with Alice's $1 million diamond necklace was housed. Once Nightwing was escorted into the safe room, he took his miniature instant-camera, which was fitted with a very blinding bright UV-flash, and blinded the guardsman before knocking him out with chloroform. He then used a laser-pen to burn a single line of penetrating separation in the safe box lid to pry it open and replaced the real diamond necklace with the fake one hidden in the sole of his shoe. 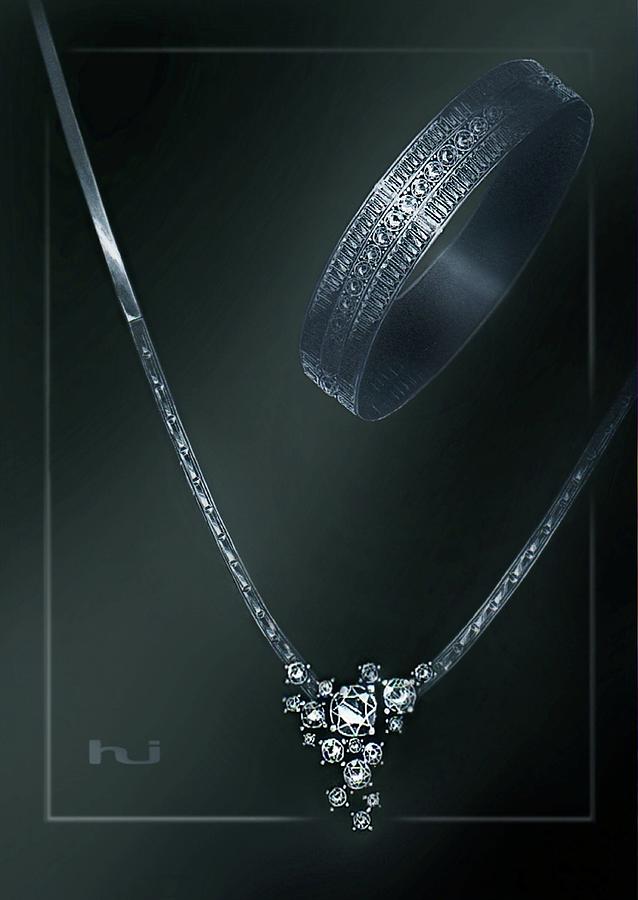 Nightwing wrote a note for Hatter and Alice to read at their tea-party, and it read, "I opened your safe, but your necklace remains!" 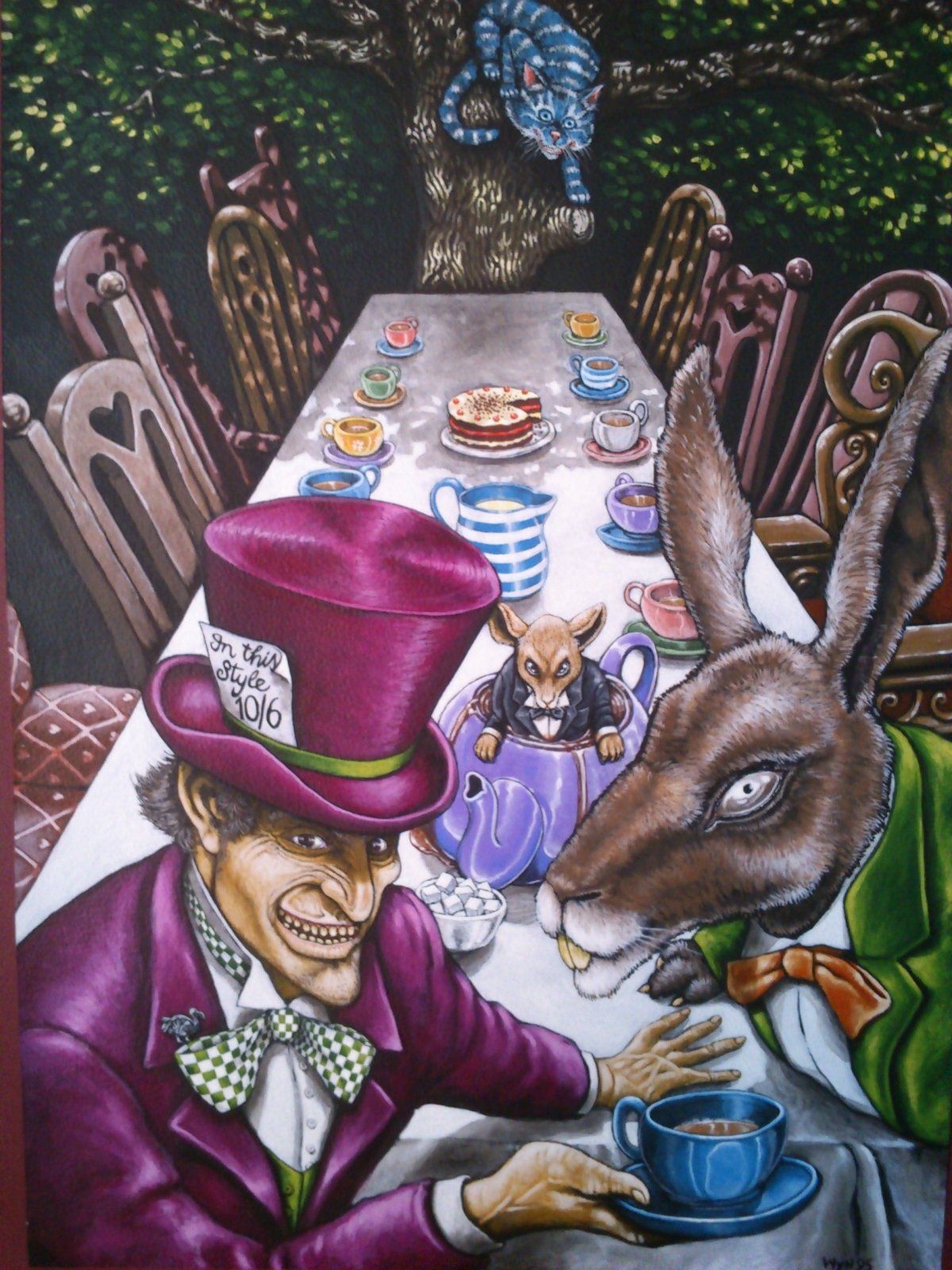 ALICE: I was still suspicious of this theatrical merchant of Venice so I convinced Hatter to have our necklace appraised. 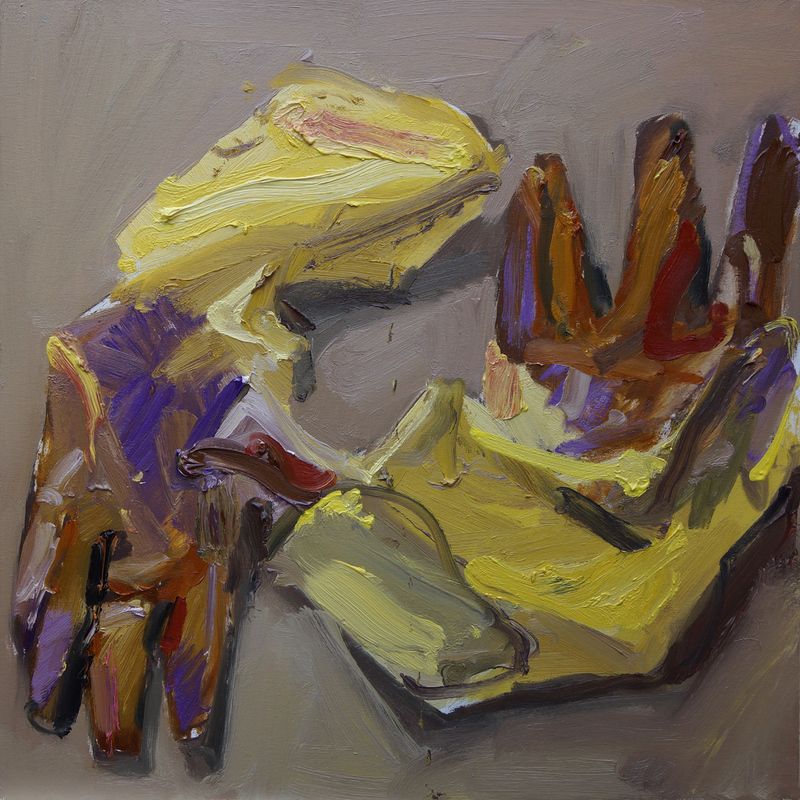 Once the Mad Hatter discovered his necklace was fake, he deduced the mysterious and theatrical merchant of Venice was none other than the costumed vigilante Nightwing who'd planned this elaborate tea-party heist of Alice's $1 million diamond necklace.
Hatter had his guardsman-henchman Bartleby prowl the city, scouring for Nightwing, determined to see if the costumed vigilante was temporarily hiding out as some civil servant of Gotham such as an EMT or ambulance driver! 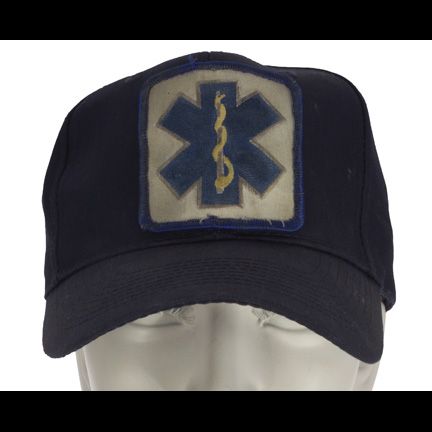 NIGHTWING: I won't rest until the complete mystique of the devilish Hatter and his siren Alice is utterly diminished.

The name change was probably a good idea ... 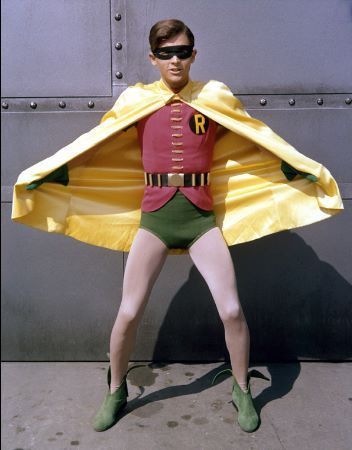 The Failure Of Evolution Theory . . . in a nutshell, information
3 4 5

Who would you pick to be in your dream supergroup?
2

No gun were found among the protestors at the Capitol on Jan. 6......testimony from FBI states under oath.
8 9 10

Wealth Tax: Yeah! Why do Warren Buffett and Bill gates need so much money in their Trust?
20 21 22