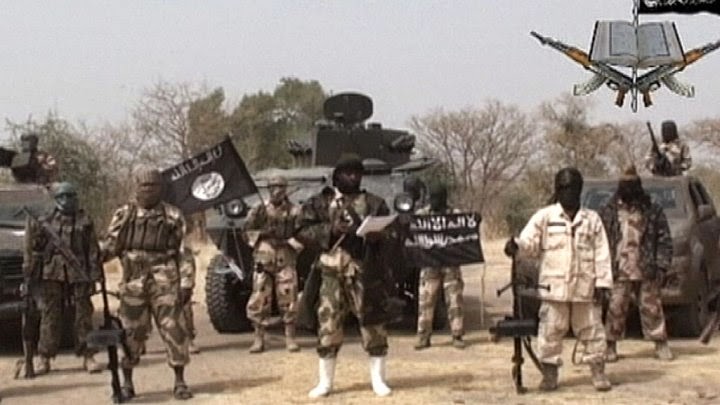 The second attack of Boko Haram on Maiduguri, where 1,5 million citizens and 1,2 million refugees live, was also repelled by the army and police. With technicals, APCs and tanks, thousands of terrorists attacked Nigeria´s largest city from several angles but the army stopped them within hours and pushed them out again.
The terrorists were shelled by artillery on their approach and the airforce pounded them from above, causing some collateral damage. Hundreds of Boko Haram slaughters were killed when the group retreated. Elections will be held on February 14 in Nigeria.

We need to keep Nigeria in our prayers!

Nigeria - Wikipedia the free encyclopedia
Nigeria is the 12th largest producer of petroleum in the world and the 8th largest exporter, and has the 10th largest proven reserves.​
W

Hundreds of Boko Haram hostages freed; 100 militants killed
Feb 27,`16 -- Cameroonian and Nigerian forces have freed several hundred hostages in a border town held by Boko Haram including young girls who were being trained as suicide bombers, the commander of Cameroonian forces said Saturday.

Soldiers from the two countries also killed about 100 militants while liberating the Nigerian town of Kumshe, Gen. Jacob Kodji told The Associated Press. The town is 9 miles (15 kilometers) from the border with Cameroon. "Our boys are still on the field with Nigerian soldiers and have received instructions to continue raids on all Boko Haram border villages until we defeat them," the general said.

Boko Haram began its insurgency six years ago in Nigeria, and has since expanded to the countries of Cameroon, Niger and Chad as those neighbors have aided the military effort to quash the extremists.

The jihadist group, which has pledged its loyalty to the Islamic State group, has killed more than 20,000 people and displaced 2.8 million in West Africa, according to the United Nations and Amnesty International.

The Boko Haram militants gained international attention when they kidnapped nearly 300 schoolgirls from the Nigerian town of Chibok. Dozens escaped on their own but more than 200 girls from Chibok remain missing.

But Kenyan authorities denied that hundreds of its soldiers lay dead after the January 15 strike, which targeted troops working under the African Union Mission in Somalia (AMISOM) near the southern Somali town of El Adde. The Kenyan government however didn't give the toll even as the Somalian president said some 200 soldiers were dead. Kenya's military spokesman, Colonel David Obonyo said, "You will be given all the details once a board of inquiry finishes its work."

But the Somalia president sought to hide nothing about the attack in which the militant group Al Shabaab claimed it killed nearly 100 soldiers. "When about 200 soldiers who came to help your country are killed one morning, it is not something trivial," Mohamud told Somali Cable TV, a privately owned station. "We have been winning for years and months but that El Adde battle, we were defeated. Yes, in war, sometimes something that you do not like happens to you," he said.

The attack, in the town of El-Ade in the Gedo region of southwestern Somalia, not far from the Kenyan border, was blamed on the Al Qaeda-linked Al Shabaab Islamic extremist group that is fighting to overthrow the government in Somalia. The group has been one of the most brutal terror outfits, inflicting large civilian and military casualties in Somalia. The Kenyan government is usually accused of concealing the death toll in Al Shabaab attacks.

The Associated Press citing an unnamed editor with a leading radio station said Kenyan officials reached out to media house editors and asked them not to put out unofficial tolls as this would create fear. If the death toll provided by Mohamud is confirmed, it would be the Kenyan military's worst battlefield loss and probably the bloodiest attack by the militant group to date. Al Shabaab's attack on Garissa University in Kenya on April 2, 2015, killed 148 people, most of them students. That attack was considered the deadliest Al Shabaab attack so far.

Col. Sani Usman of the Nigerian army said the factory making improvised explosive devices was found Friday in Ngala after the army got "credible and timely information" about its location from "good spirited Nigerians." Usman said that besides destroying the factory, the army killed four Boko Haram terrorists and recovered two AK-47 rifles, 29 rounds of ammunition and 20 gas cylinders of various sizes. 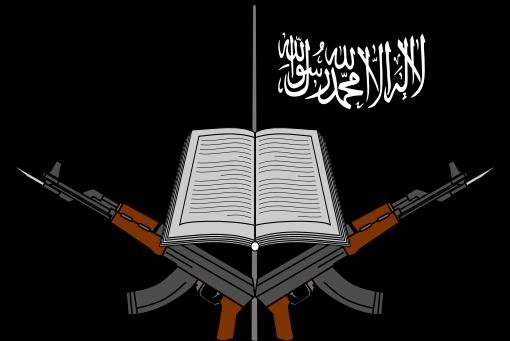 Nigerian army troops also invaded Yerwa and Kaluketu where Boko Haram terrorists "kept rustled cows," according to a statement. The finding in Ngala came after reports Saturday that the army found a large pit where Boko Haram had dumped victims of the attacks in Jada.

More than 20,000 people have been killed by Boko Haram and 2.3 million displaced since the terrorist group began its violent campaign in 2009 to forge an Islamic caliphate in Nigeria. Boko Haram was designated a foreign terrorist organization by the U.S. State Department in 2013. In 2015, the group pledged its allegiance to the Islamic State.

I don't imagine they'll be getting too much support from Daesh these days.
They're pretty damned busy in their own sandpit.
OP

The Nigerian army has begun Operation Rescue Finale some days ago. It aims at the destruction of one of the last Boko Haram strongholds and to rescue the people this ISIS group has abducted.


"The Nigerian Chief of Army Staff, Tukur Buratai, has said that troops have begun to advance into the ISIS-affiliated Boko Haram stronghold of Sambisa Forest.

Buratai said the offensive is to remove the terrorist from one of their last enclaves in Nigeria and rescue people who have been abducted into the forest.

“This year, the whole Army Headquarters will be moving into the North East to celebrate Christmas and New Year with our troops,’’ he said.

Buratai also revealed an effort to boost army morale by unveiling bottles of water to show appreciation for their war effort.

He said: “The scheme involves branding 50cl bottle water with the image of the Nigerian soldier.

“It has the Nigerian army logo and that of stakeholders and partners from the private sector with the words: Thank you for your service.’’

According to him, the initiative seeks to appreciate the efforts of Nigerian troops actively engaged in the defence of our dear nation.

“This will no doubt go a long way in boosting the morale of the troops to show that their labour is being recognized and applauded by Nigerians."
Nigerian army closing in on Boko Haram enclave
You must log in or register to reply here.

A moment ago
Taz

Caught Red-Handed: NBC News Busted for Editing Out a Crucial Detail in the 911 Call of the Ohio Shooting