From a Kiwi friend out inspecting roads and rails. Note the tunnel should be round on top. 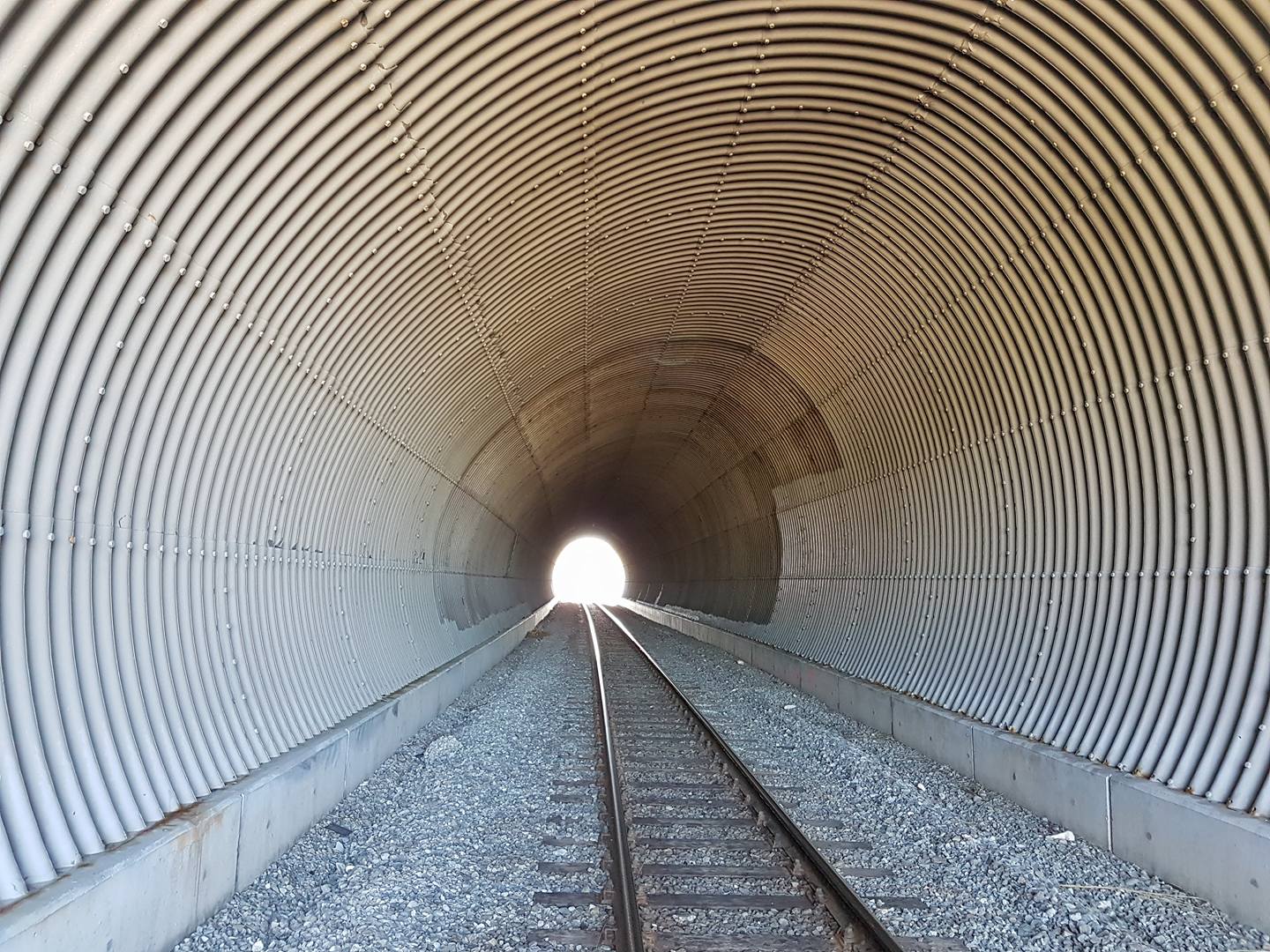 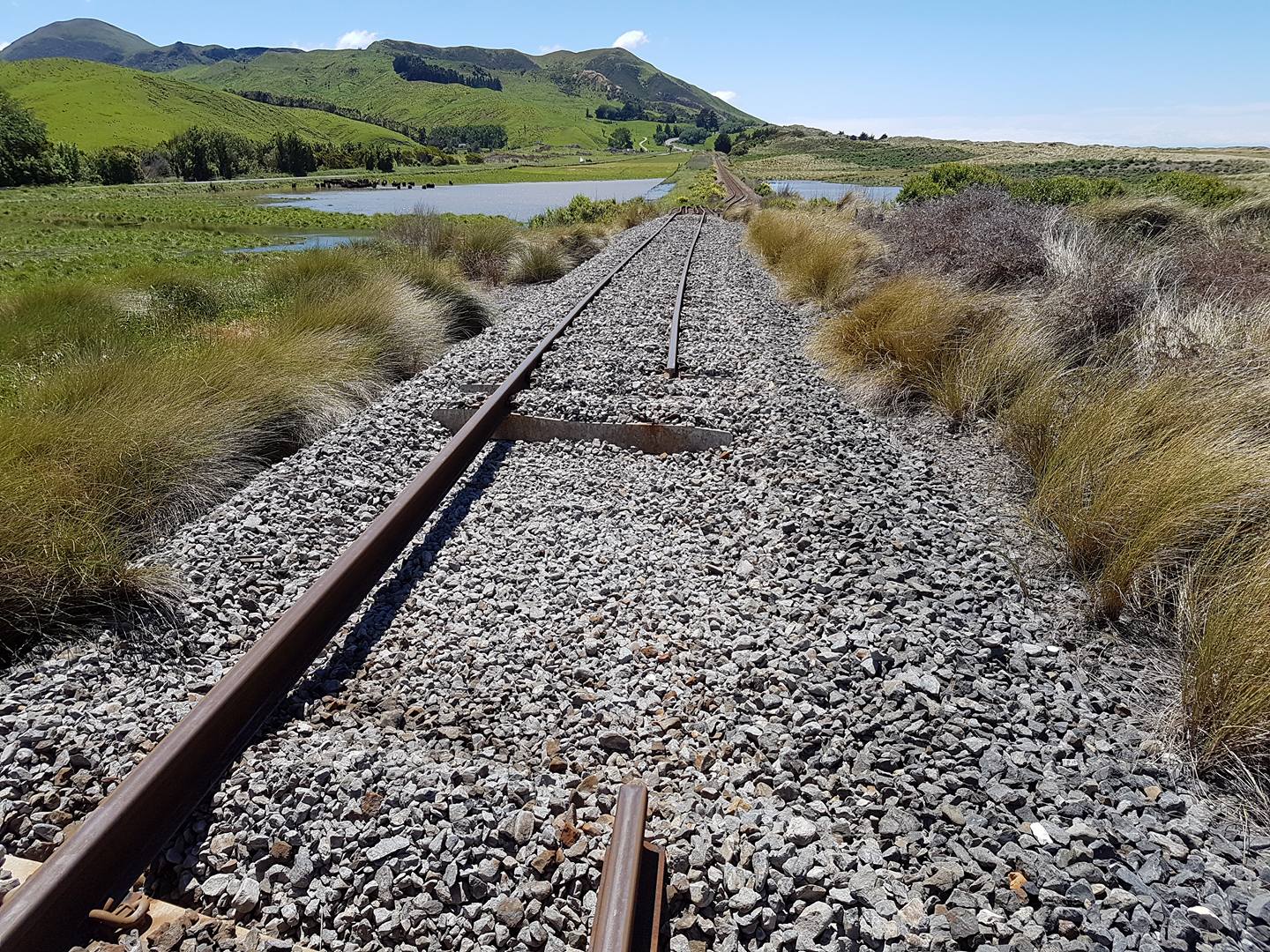 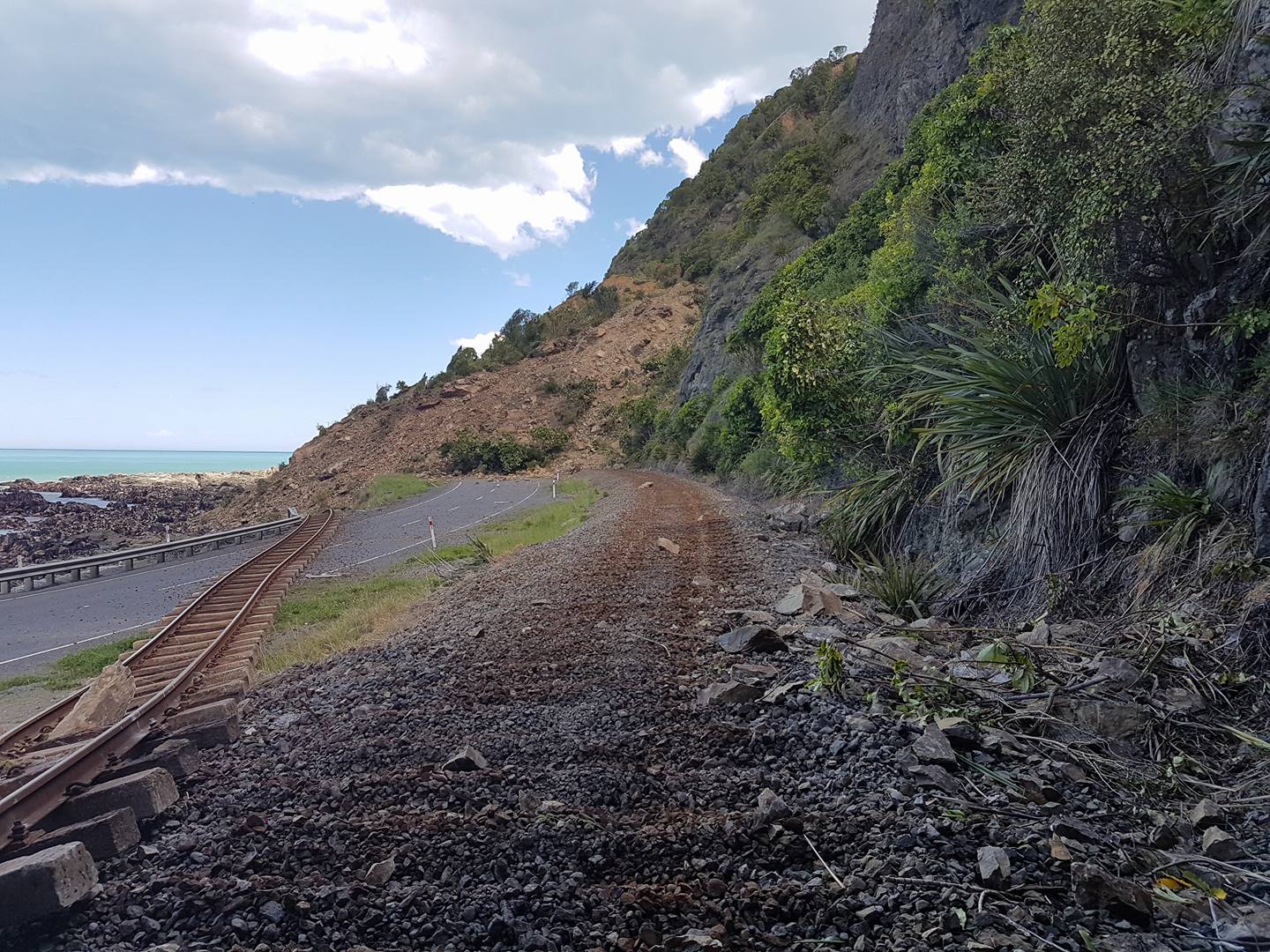 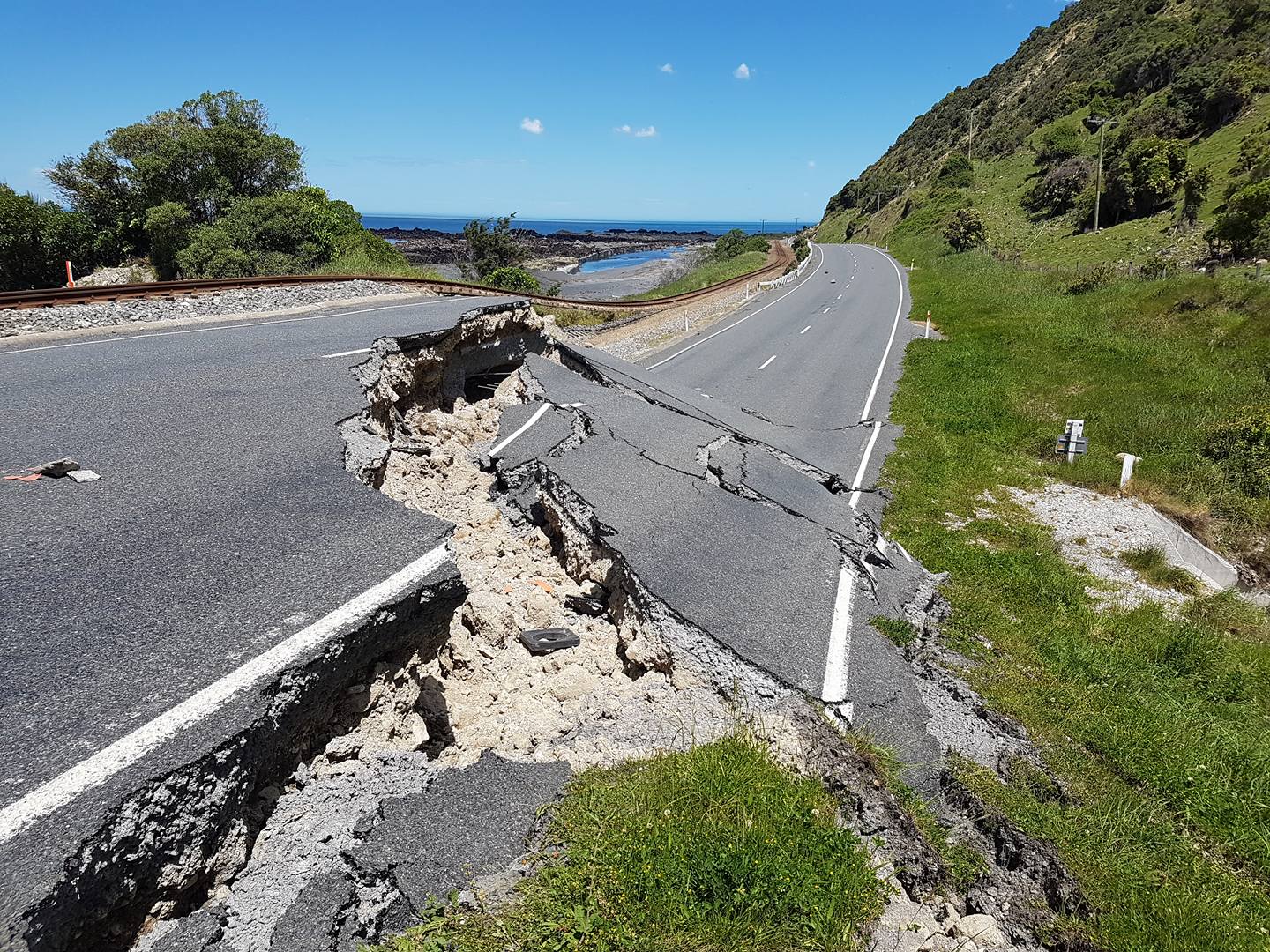 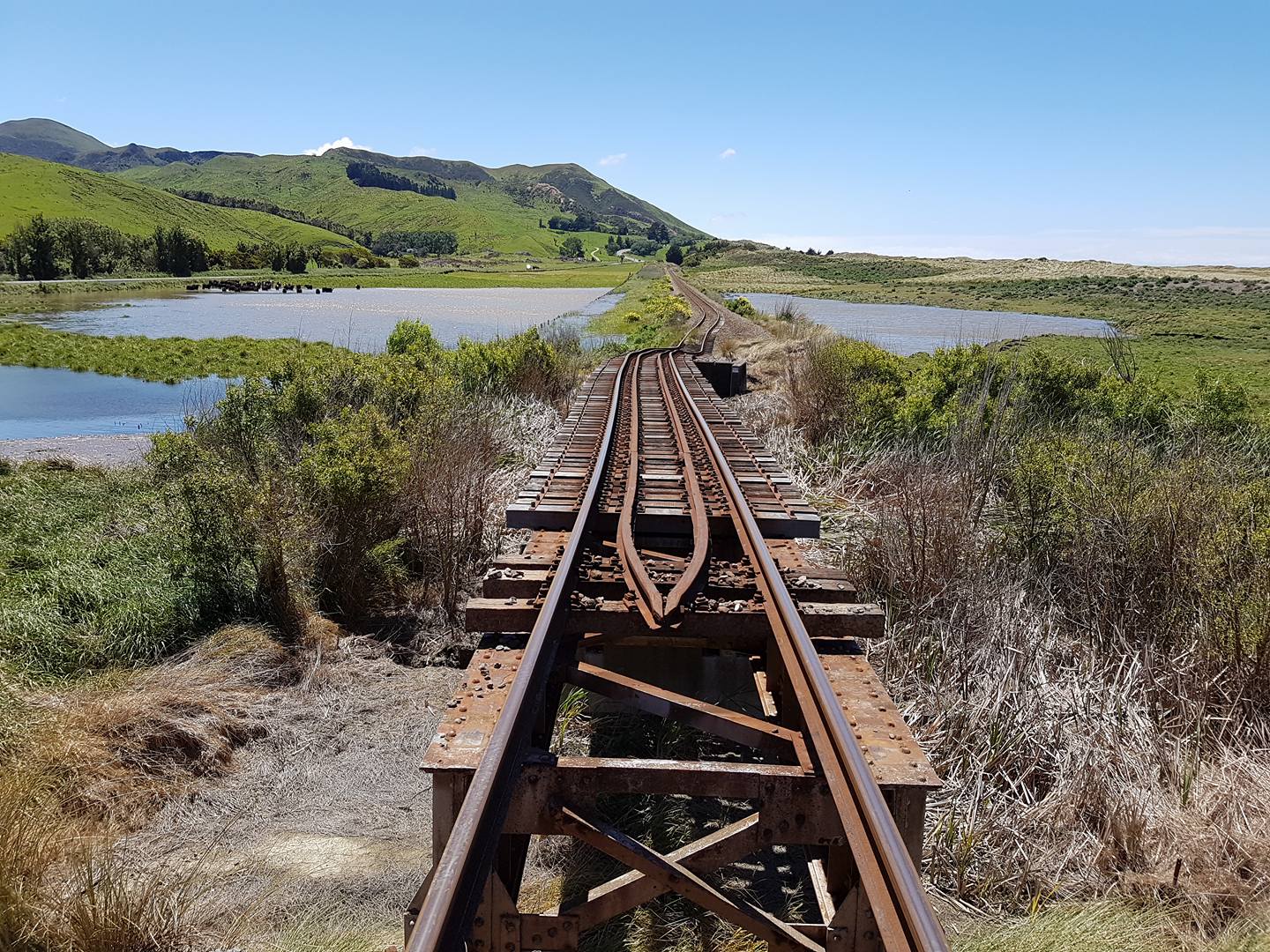 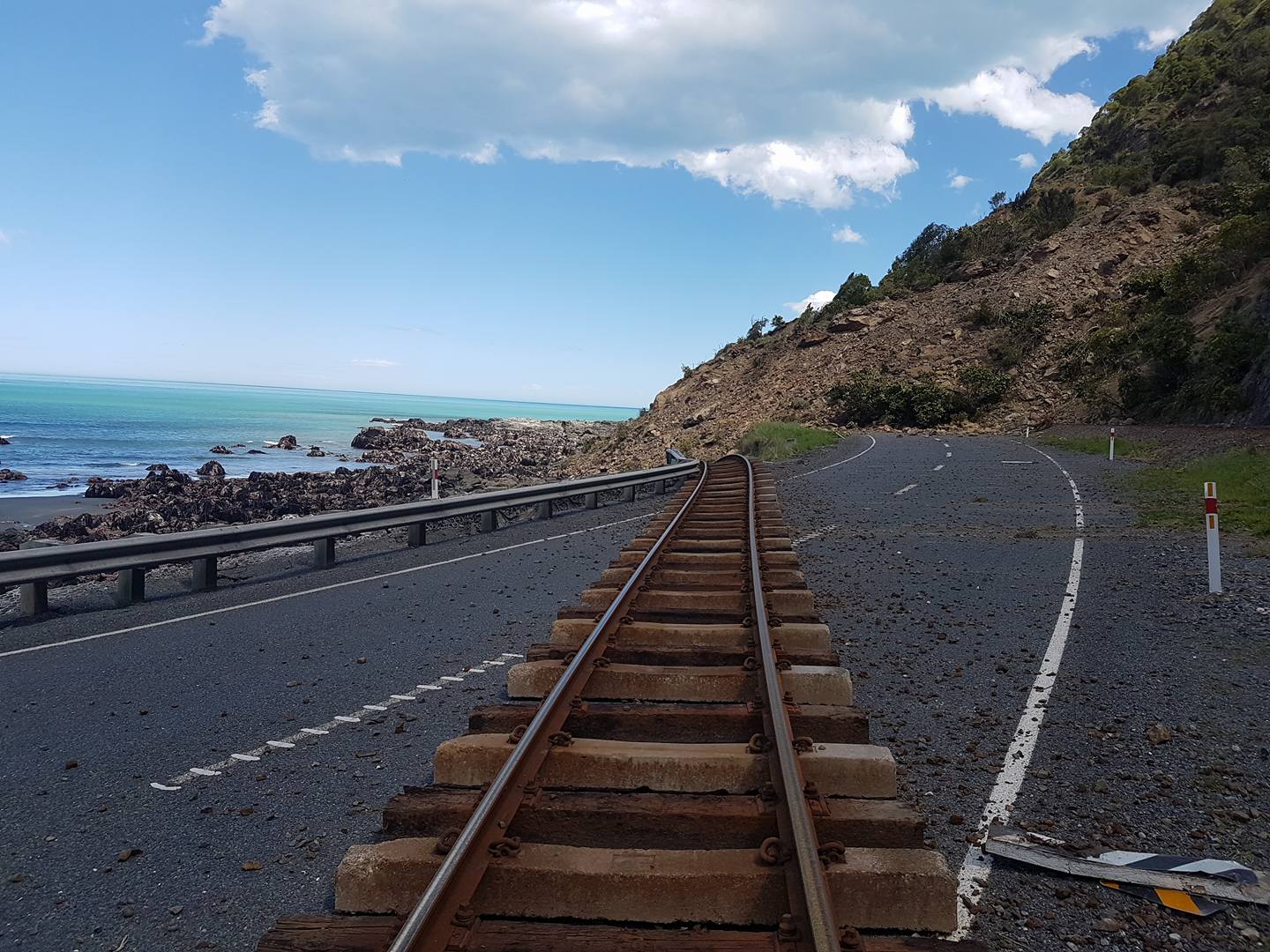 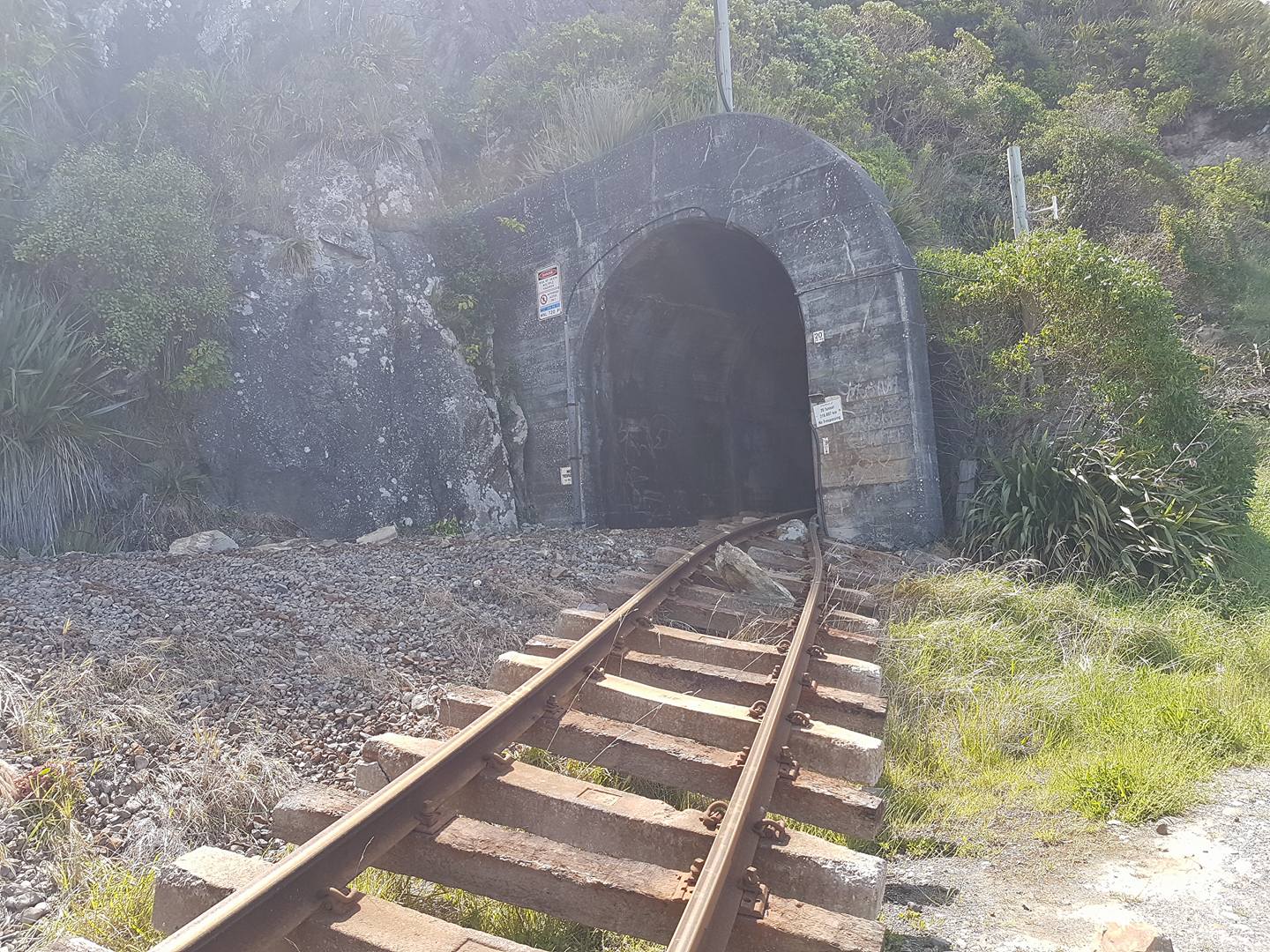 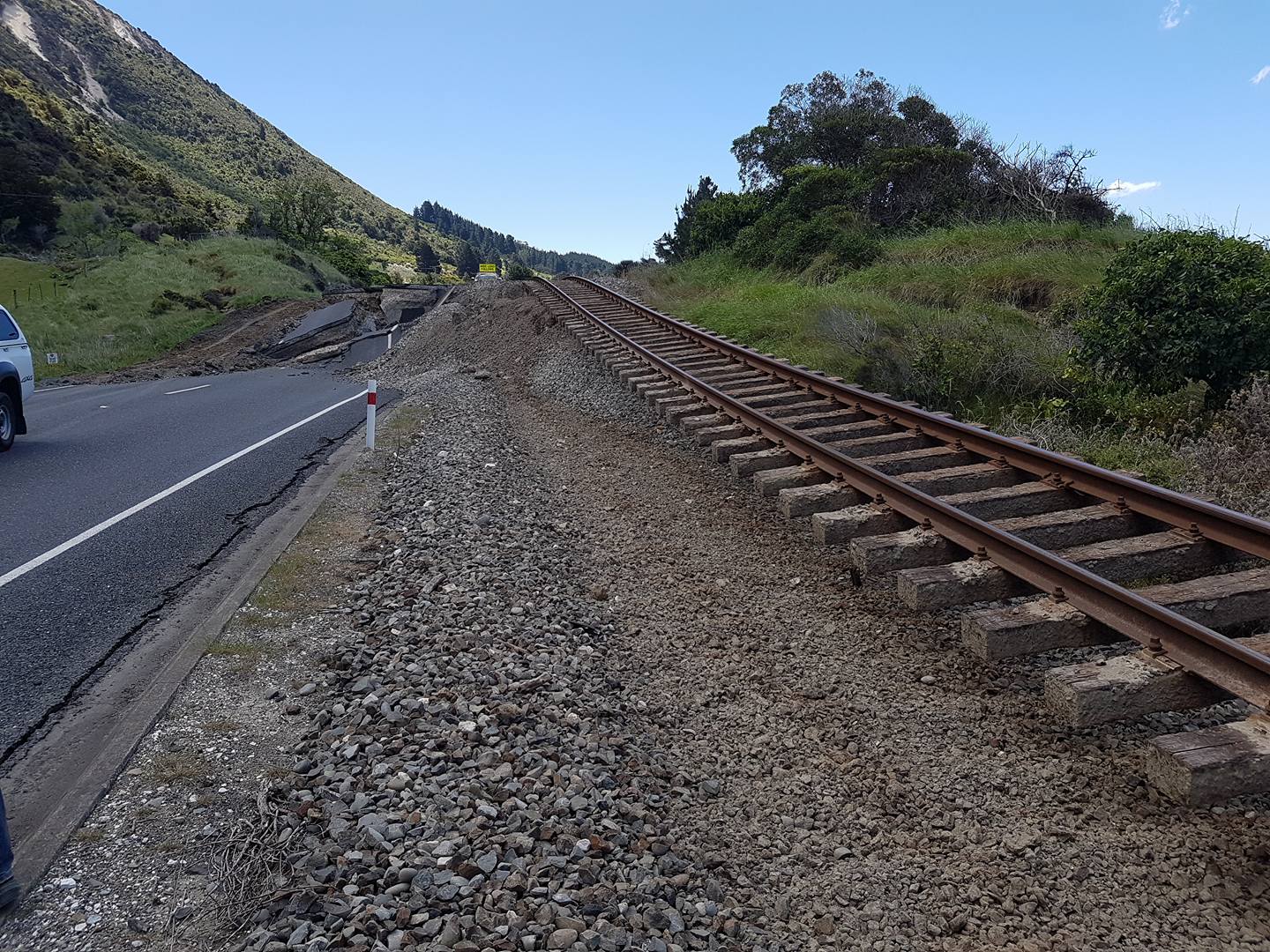 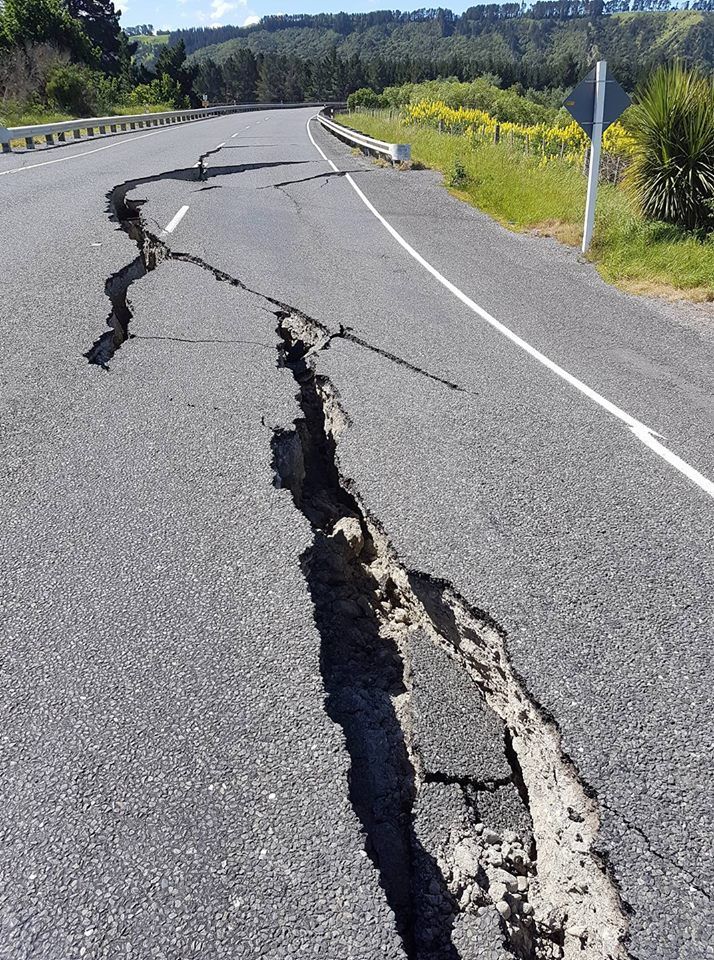 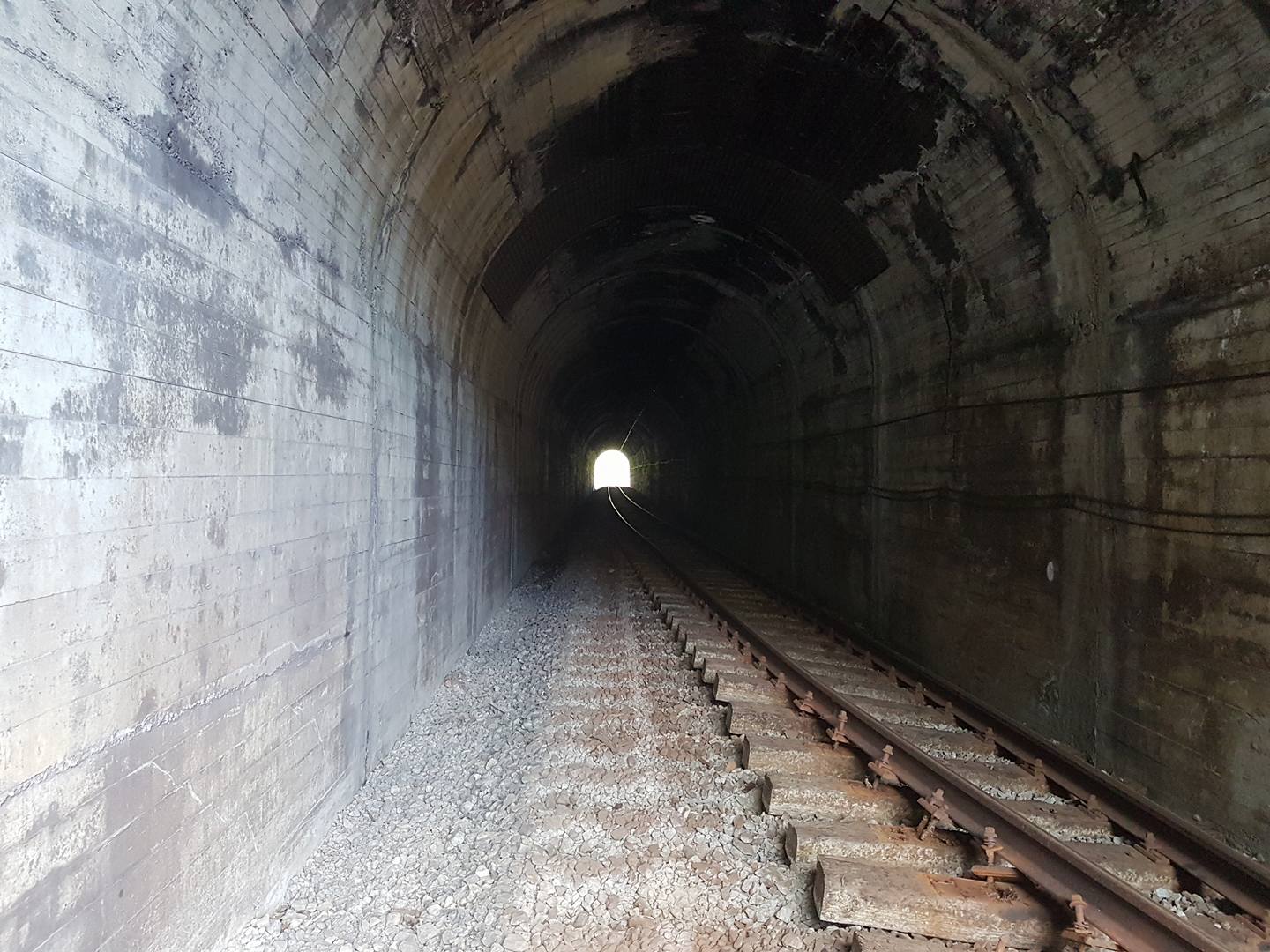 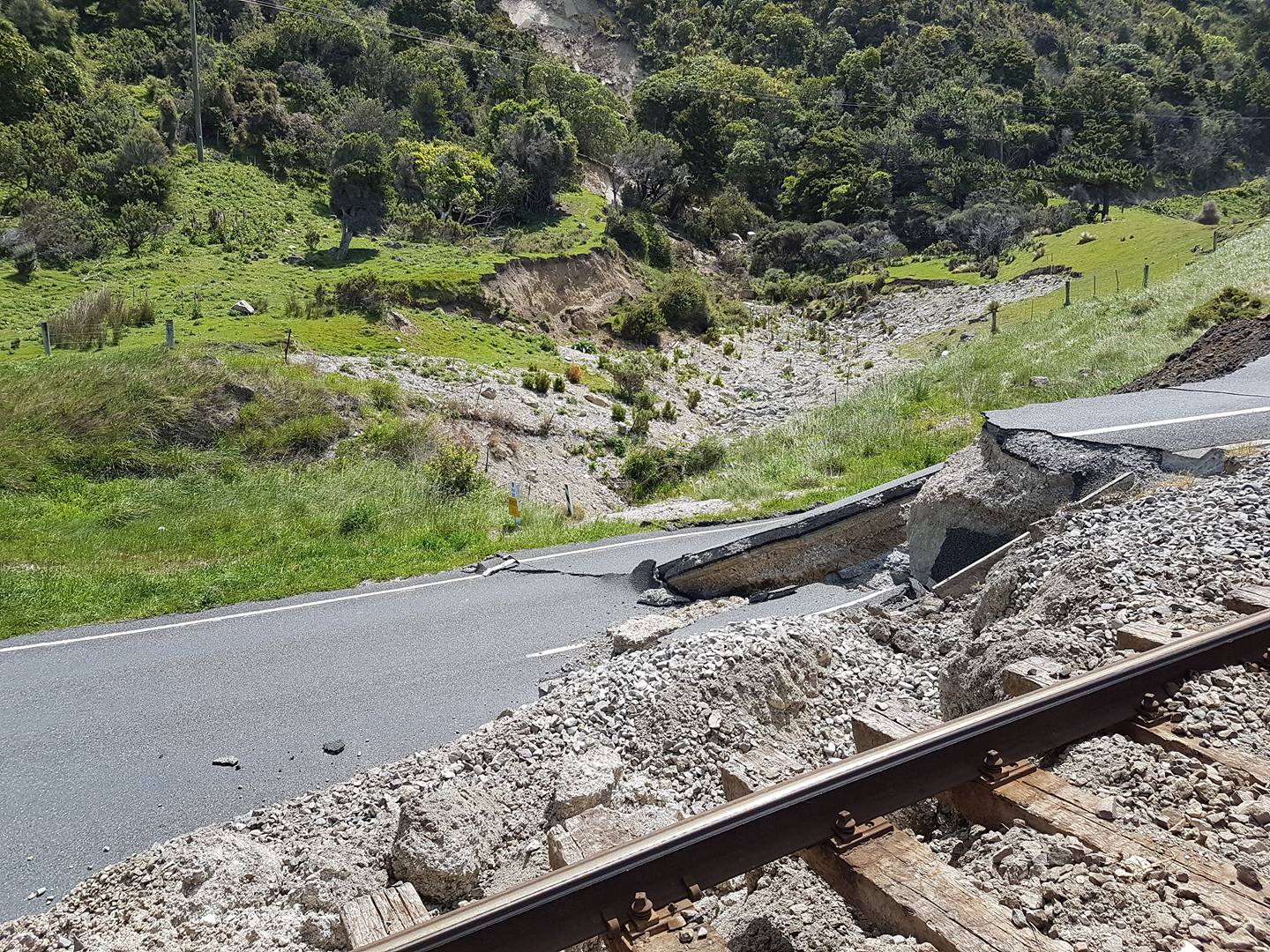 What the hell! I hope nobody died
OP

esthermoon said:
What the hell! I hope nobody died
Click to expand...

2 people died. Which considering it was a 7.5 with over 20 major aftershocks is a miracle.

what about the cows and the calf? the world wants to know

esthermoon said:
What the hell! I hope nobody died
Click to expand...

2 people died. Which considering it was a 7.5 with over 20 major aftershocks is a miracle.
Click to expand...

RIP to them
OP

strollingbones said:
what about the cows and the calf? the world wants to know
Click to expand...

The world can breath a sigh of relief, the cows have been rescued.

The road elevation change is nuts!! 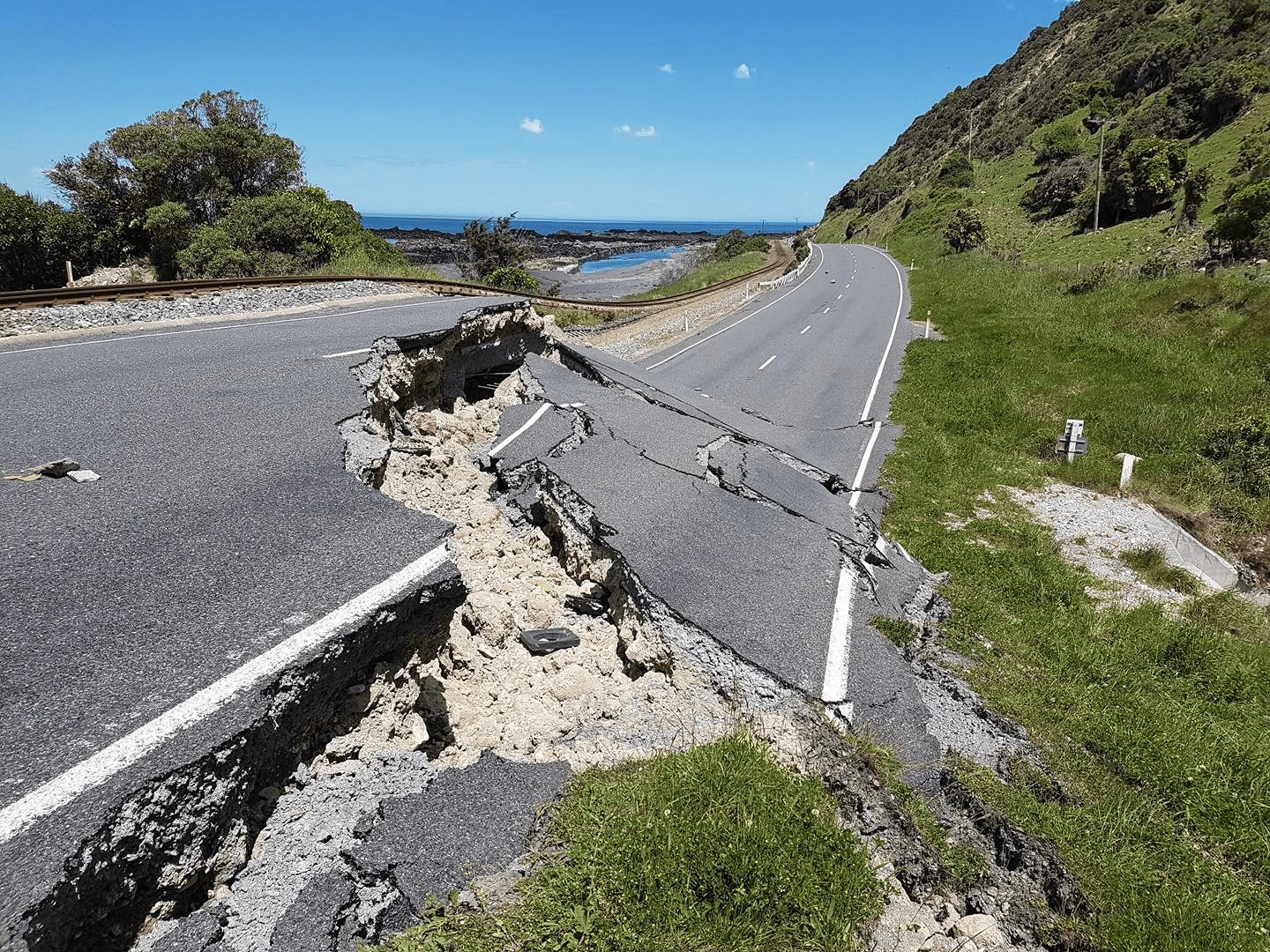 We know where the vertical fault line is now!

The data, including satellite radar imagery, shows that parts of New Zealand’s South Island have shifted more than 5 meters closer to the North Island, and that some areas were raised by up to 8 meters. Other information has come from observations on the ground and the analysis of coastal regions by GNS science, a New Zealand government research agency. The tremor, near the tourist town of Kaikoura, ruptured a swath of land almost 200 kilometers long.

GNS has published the first of 10 papers on the powerful quake in mid-November 2016 in the international journal Science. Two people were killed when the magnitude 7.8 earthquake struck and Kaikoura was cut off by landslides. 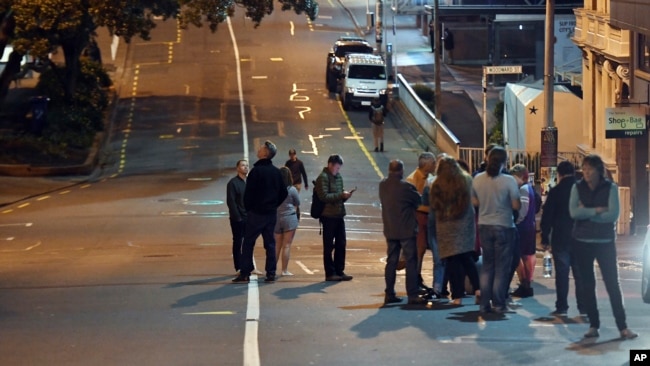 People evacuated from the Quest On the Terrace Hotel gather outside the hotel in Wellington after a 6.6 earthquake based around Cheviot in the South island shock the capital​
Ian Hamling is the lead author of the research paper. He says the shifting of the earth in New Zealand occurred when powerful seismic forces pulled the ground in different directions. “It is kind of like a shearing, so I guess the classic people always think of is a San Andreas-style fault, where you get the two sides of the fault zone move in opposite directions,” Hamling said. “And so that is what we see, is that parts of inland Kaikoura up to Cape Campbell have gone to the northeast and then in some areas to the south of that have gone in the opposite direction.” The earthquake struck last November northeast of the city of Christchurch. It was felt in the New Zealand capital, Wellington, on the North Island, 200 kilometers away.

Christchurch is still recovering from a devastating 2011 earthquake that killed 185 people and destroyed the city center. New Zealand is known as the Shaky Isles. The South Pacific nation lies on the unpredictable Ring of Fire that circles almost the entire Pacific rim. Each year more than 15,000 earthquakes are recorded in New Zealand, but only about 150 are large enough to be felt. The research paper, led by GNS, included the work of 29 co-authors from 11 national and international institutes such as the NASA laboratory in California and the University of Leeds in Britain.

Now that bit of info is interesting, Walky. Thank you for submitting it.

Music Question for you Aussies

New Zealand Looking to Prosecute Anyone Who Catches COVID
2

New Zealand confiscates guns from normal people, now the police have to be armed against armed thugs

Solar is the best overall energy source by far.
2

A moment ago
ILOVEISRAEL
I

US Now Leads World in ChiCom Flu, Thanks Biden
5 6 7