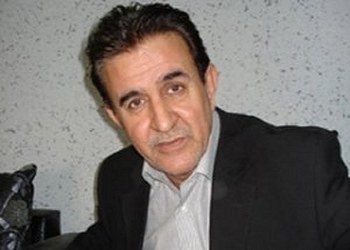 "But if the Kurdish Peshmerga forces are included in the arming process, this will remove doubts and demonstrate the real intentions", he confirmed.

Kurdish Alliance MP Jihad told Aswat al-Iraq that "the share of the Kurdish region of the weapons contracted is unclear".

He expressed his concern on the Iraqi army movements in the disputed areas, including sending tanks to Kirkuk, "which is unacceptable to the Kurdish region", as he stressed.

Jihad added that the question of arming the Kurdish Peshmerga will be discussed with the higher authorities, parliamentary commissions and governmental organs.

On the other hand, Kurdish MP Shwan Mohammed Taha expressed his fears that the Russian and the Czechs did not put pre-conditions, as the US and Europeans did, not to use these weapons for internal disputes and offensive operations.

Iraqi premier Nouri al-Maliki agreed with the Russians and the Czechs to supply Iraq with arms, the Russian share was more than $4 billion and buying Czech planes with the amount of $1 billion, as reported.

In August 2012, Iraqi Prime Minister Nouri al-Maliki announced that the country will receive in spring the first shipment of the F-16 deals which the country signed with the US two years ago.

In September 2011 Iraq ordered 18 of the lower standard fighters for $4.2bn from Lockheed Martin, and later in December ordered another 18 from the company in addition to spares and support for $2.3bn. Iraq hopes to build a fleet of 96 F-16 jets, which will start flying around 2014-15.

Some of Iraq's neighbors and the president of the Iraq's autonomous Kurdistan region, Massoud Barzani, have said they are worried about Baghdad acquiring the jets.

"I feel Kurdistan's future is in severe danger because of (Maliki)," Barzani said in April 2012. "F-16 (jets) should not reach the hands of this man (Maliki)."

Barzani alleged that Maliki had discussed using F-16s against Kurdistan during a meeting with military officers.

"During a military meeting, they talked about problems between Baghdad and Erbil ," Barzani said.

"They told him, 'Sir, just give us the authority, and we would kick them out of Erbil ,'" Barzani said. "And (Maliki) answered: 'Wait until the arrival of the F-16.'"

The central government and the Kurdish region have long-running disputes over political autonomy, oil rights and contested territories.

Kurdistan is my homeland

Iraq should start spending some money on their dying citizens instead!
OP

iraq is a shit hole with no environment for living, i cant wait for kurdistan to divorce this shithole.
OP

At the beginning of October 2012, Iraqs Prime Minister Nouri al-Maliki went on a diplomatic mission to Russia and the Czech Republic. After meeting with each countrys leaders, the premier signed two large arms deals for jets, helicopters, and ground-to-air missiles. These will be used for both internal and external defense, with the latter being a high priority as the nation lacks any real air defense at this time. As with most major decisions made by Baghdad, these contracts got caught up in domestic politics as the Kurdish Coalition criticized them. Iraq has traditionally bought weapons from Eastern Europe, and has done so in recent years, and will likely to continue to do so in the future, regardless of what the Kurds have to say about it.

During Prime Minister Malikis trip to Russia and the Czech Republic he made two weapons purchases. First, he signed a $4.2 billion deal with Russia to buy 30 Mi-28NE attack helicopters and 42 Pantsir-S1 anti-aircraft systems. In the Czech Republic, he made an additional purchase of 28 L-159 jets. The first four of those will come from the Czech Air Force, with the remaining 24 being built by Aero Vodochody, to be delivered beginning in 2014. Some of those will be two-seat trainers, so that the Iraqi Air Force can familiarize themselves with how to fly them. The Mi-28 is the Russians current attack helicopter, while the L-159 is a light combat jet. Both can be used for fighting the insurgency that continues to plague Iraq or be used for defense against foreign ground and air forces.

Iraq already has a small contingent of armed American Bell 407 and French SA342 Gazelle helicopters, and is waiting for delivery of F-16 fighters from the United States. The Pantsir S1 is a combination ground-to-air missile and anti-aircraft guns mobile system that will provide the country with desperately needed air defense. Currently Iraq relies upon a variety of anti-aircraft guns and eight U.S. Avenger air defense systems. It needs to purchase a variety of ordinance to be able to defend its own skies. It hopes to be self-reliant in this field by 2020. A lot of Iraqs military equipment comes from the United States, but that comes with restrictions on their use to protect against a return to dictatorship. Russia places no such restrictions on the weapons it is selling to Iraq. Baghdad also has a long history of buying equipment from Eastern Europe dating back to the government of Colonel Abdul al-Karim Qasim who started buying from the Soviet Union after he took power in a 1958 coup. It is no surprise then that it is going to places like Russia and the Czech Republic for its military needs today.

Within days of the Russian and Czech arms deals being publicized, the Kurdish Coalition voiced their reservations. On October 13, a lawmaker from the Coalition said that the list was concerned about Prime Minister Malikis moves. He said that the premier had taken some provocative actions in the disputed areas of Ninewa and Diyala province, and just created the Tigris Operations Command, which is based in Tamim governorate. The Kurdish parliamentarian asked whether the contracts had limits on the use of the weapons against civilians, commented that Iraq did not need such heavy weapons at this time, and that the Kurdish peshmerga should be similarly armed. These complaints have been heard before from the Kurdish list after new arms purchases were announced. In January 2011 for instance, a Kurdish member of parliament warned against Baghdad buying F-16s from the U.S. In March 2012, Kurdistan President Massoud Barzani gave a speech where he claimed that Maliki was trying to take over the armed forces, and that the F-16s would be used to challenge the Kurds. The following month, he called on the United States to delay the delivery of the fighters. These worries are due to the long history of the central government using the military against the Kurds. Saddam was infamous for his Anfal campaign after the Iran-Iraq War, but there were a series of military campaigns against the Kurds after Iraq got its independence. President Barzani has also attempted to unseat Maliki, so these views relate to that on-going political dispute since these weapons would help the prime minister grow in strength.

Iraq is attempting to build a military capable of defending the country from outside threats. Since the 2003 American invasion, Iraq has been a weak state, which has opened it up to widespread interference by its neighbors. With a strong military, Baghdad would not be so vulnerable to these interventions. At the same time, a strengthened armed forces worries the Kurds. A military attack upon Kurdistan is not likely any time soon, but the central government could use its army and air force to assert itself over the disputed territories, which the Kurdistan Regional Government claim. Thats the reason why the Kurdish Coalition always complains about any major arms purchase Baghdad makes. They have no real say over the purchases however. Since Iraq needs so much in terms of ordinance, more arms deals will occur in the future regardless of the criticism it may engender.

Iraq arms purchases from eastern Europe draw internal criticism. By Joel Wing
You must log in or register to reply here.

Is Iraq A Strategic Debacle For The U.S.?