Now why would Bibi even think about doing a deal with HorseFace when in less than 70 days, he will have a President and administration, that will be Israel friendly, and move our embassy to where it belongs, the capital of Israel, Jerusalem!!!!....you already know that the Manchurian muslim HATES Bibi, as shown by his operatives trying to ouster Bibi in the last Israeli election!...You do have to wonder how stupid this President takes Bibi for!


Secretary of State John Kerry has hinted that he may be involved in one final push on the Israeli-Palestinian issue, amid growing speculation – and concern among Israel supporters – that President Obama may use the period between next week’s election and the end of his administration to break the deadlock.

The Wall Street Journal reported on Monday that according to administration sources, “the White House has asked the State Department to develop an options menu for the president’s final weeks.”

It said the possibilities could include supporting – or not vetoing – a U.N. Security Council resolution condemning Israeli settlements; or a resolution formally recognizing a Palestinian state, or setting “parameters” for a final settlement of the long dispute.

From BIBI to OBAMA…

Bibi views Trump as an ally...Kerry and Obungles? Not so much. There won't be any deal

Kerry is trying to lie to himself. When he is out of office he will be unemployed. He can't even run back to senator. 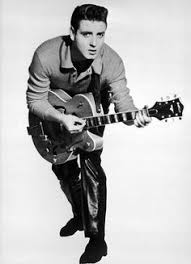 Bibi should send Obama and Kerry an invitation to stay home... Along with a copy of Eddie Cochran's Summertime Blues as a reminder that they're on their way out.

Now that the Dems lost POTUS,are we allowed to use gender specific terms,like"waiter"and"waitress"?

Fake Impeachment 2.0 Isn't really about Trump or any wrong doing at all.

M
Joe, shower us with money and win our love