Want to read something really pathetic. It will make you throw up

I have a friend that works for a major corporation. He was sent this email today:

To: All xxxx teammates

The murder of George Floyd has reverberated in every city and town across our nation for nearly a year. The pain and frustration it sparked is another terrible reminder that, to this day, some of our fellow Americans suffer from racism and inequity.

Yesterday’s verdict brought a measure of relief and justice to George Floyd’s family. But for us, let’s use this moment to reflect on the progress we have made as a company on diversity and inclusion and renew our commitment to long-lasting change, to embrace our diversity and root out discrimination or bias, regardless of gender, race, sexual orientation, disability or religion – within our communities and our company.

We can demonstrate our commitment to diversity and inclusion by listening and learning – from each other, our customers and communities.

In 2020, we did just that with more than 550 Pathways to Inclusion conversations within our company. This year, we are continuing the conversation through our “Let’s Talk About” series, which is sponsored by leaders and our employee resource groups. These discussions continue to bring us closer and help us better understand each other’s unique perspectives. Inclusion training is also being carried forward to help us build the skills and awareness to go forward together.

We are also at work in our communities and we continue to make diversity, equity and inclusion a focus of our philanthropic giving. We’re also engaging local organizations and leaders to understand how we can promote progress on the social justice and racial equity issues our communities face.

As I said in my email last June, I continue to believe that we have an opportunity now to make something good come of this horrible act. Let’s do our part to listen, learn and support each other and to help our communities. Let’s be the change we want to see.

Thank you for all that you do.

Federal govt labels big box stores "essential", govt derogatory term, THEN, these big box stores reap the goodies to the tune of almost 4 trillion. Now, big govt sister is signaling to the big box stores that its time to pay the piper and let the savages come in for some free trinkets at their expense. Lol. These areas that have been destroyed through riots were designated as economic zones and now the properties are being sold for pennies on the dollar to the corporate aristocracy. The people burning these neighborhoods down are enabling their own demise and they don't even see it.
Last edited: Apr 21, 2021
W

IM2 said:
My inadaquacies include a masters degree in sociology. I am holding whites responsible for what racism has caused and there is plenty of documentation that supports me. So fuck your townhall study.
Click to expand...

But you are intentionally holding the wrong whites accountable.

Go back to LBJ, and all the elected Democrats since, both on the Federal and State and local levels, who have done all they can to destroy black families, to keep black men from taking responsibility for their families, for ensuring that blacks can't get an education and cannot participate in the American Dream.
Click to expand...

This is a lie. Racism has been bi partisan. Yesterdays Dixiecrats are todays republicans. The shit you guys post every day is just straight disingenuous. I know why blacks left the republican party after 100 years and it was because the party started openly pandering to racists and now today, we are looking at the "Amercan First" types who dominate your party.

You have presented nothing but false racist stereotypes.
Click to expand...

It's time to come back to conservative values for family and work. Conservatives want to make sure that all Americans have the opportunity to work hard and get ahead. Conservatives are more akin to Martin Luther King than you are.
Click to expand...

"It's time to come back to conservative values for family and work."

‘tis a consummation
Devoutly to be wished.
The Bard

But the same folks who kept slaves, and are racists to this day, will not allow black people to leave the plantation.


Perhaps you saw the Smithsonian display telling blacks what they must NOT do:


“The chart endeavors to list "the ways white people and their traditions, attitudes and ways of life have been normalized over time and are now considered standard practices in the United States." Among those traditions, attitudes, and ways of life are: Individualism, hard work, objectivity, the nuclear family, a belief in progress, a written tradition, politeness, the justice system, respect for authority, delayed gratification and planning for the future, plus much more.” Smithsonian Goes Full Marxist: Nuclear Family, Science, Christianity All Part of Oppressive 'Whiteness' 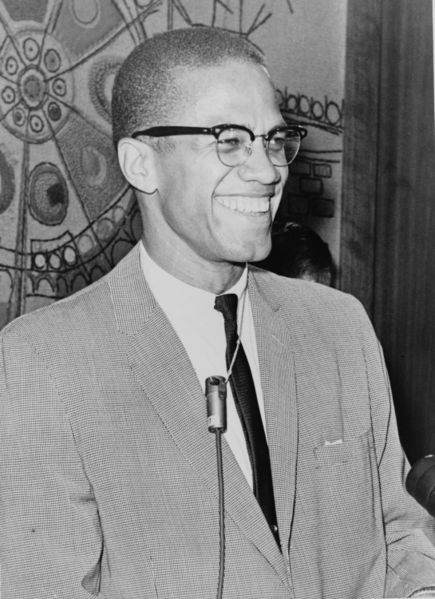 A quote by Malcolm X

Both Martin Luther King and Malcolm X would be called Uncle Tom's and condemned by today's black democrat leaders and by black followers like IM2.
You must log in or register to reply here.

Who is recruiting, moving and paying the professional anarcho-rioters?

Justice for Rape Victims: Stanford rape victim and others speak out on Social Media

One Civilized, the Other Barbaric
2

A moment ago
surada
S
M
“I heard people could stay in America if we came with our children,” ...

The Insignificance of Reality in the Politics of the Left

Franklin Graham worries Trump too old to run in 2024