Harvard and MIT....Breitbart is not an Alt-Right outlet....

The big lie that the left is using against Breitbart, because Breitbart is not a left wing propaganda tool......is that it is Alt-Right.......

According to Hylton, “the last thing Yochai Benkler noted before” Hylton “left his office at Harvard was that his team had performed a textual analysis of all the stories in their database, and they found a surprising result”:

“One thing that came out very clearly from our study is that Breitbart is not talking about these issues in the same way you would find on the extreme right,’’ he said. ‘‘They don’t use the same language you find on sites like VDARE and The Daily Stormer’’ — two sites connected to the white-nationalist alt-right movement. He paused for a moment, then added: ‘‘Breitbart is not the alt-right.’’ (emphasis added)

Benkler told the Times that his extensive scientific study of Breitbart News was the “the collaborative undertaking of more than a dozen interdisciplinary colleagues throughout Harvard and M.I.T.”

Legacy media reporters, Democrats, left-wing activists, Never Trumpers, and establishment Republicans have–revealing their laziness, ignorance, or malice–taken former Breitbart News executive Steve Bannon’s “platform for the alt-right” comment during the 2016 election out of context and wielded it as a club to bash Breitbart News and its readers of all backgrounds. Nearly all those who have done so perhaps not-so-coincidentally have opposed Breitbart News’ America-first positions on issues like immigration and trade.

In his New York Times magazine essay, Hylton emphasizes that critics who reflexively criticize and malign Breitbart News have not even taken the time to figure out the context of Bannon’s remark.

But then, anyone with a brain already knew that.

riiiiight.... so if someone doesn't actually use the 'N word' or an anti semitic slur in that rag mag means they aren't a platform for the alt right?

does that mean that the 'alt right' is anything other than naziis & white supremacists because they go by a different name?

lol...i love how you use breitbart as the link to show how breitbart isn't what they really are.

pepe sure would disagree:

An Establishment Conservative’s Guide To The Alt-Right 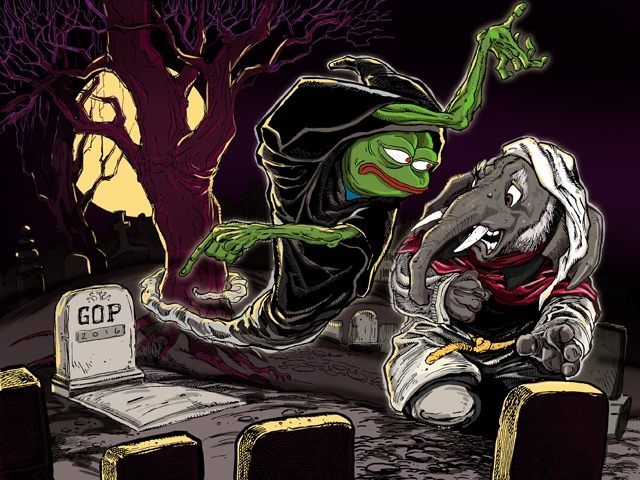 An Establishment Conservative's Guide To The Alt-Right

Bannon and Breitbart went through a character assasination and yesterday when Csnbc the financial network interviewed Bannon's collegue at Breitbart they found out the CEOs and MSM and Politicians calling him antisemitic and racist were 100% wrong. You should have seen the shocked faces of those who were character assasinating the man minutes before they found out his collegue was Jewish, some editors and writers were Jewish and their staff was a variety that included Black, Latino, Jewish contributors etc.
These swamp critters better watch it, because they(the politicians) are making it where nobody wants to be a pin cushion thus our choices will only be the egos and control freaks that do. Plus remember in our computer technology age, they
can be replaced by computers and computer polls including issue debates all online computer ready for disseminating and discerning all points of an issue and all affects that the decisions will cause and we already have in place state staffs to handle the duties of a new fair democratic system.
Without parties and cronies, there would be no reason to cheat the system for your team or survival.
I can see the ads now:
Vote HAL 9000 as your Senator, he actually gets things done, analyzes his decisions based upon the people's desires, has their Gov'ts best interest in mind, and doesn't smell of ear wax and old spice.
You must log in or register to reply here.

Trump derangement syndrome .... even a writer at USAtoday can see it...

So the SJWs now Condemn History as Hate Speech? OMG
2 3

I will not cooperate! A statement of scientifically and constitutionally backed defiance
16 17 18

which cover songs are better than the original?
2 3