A new proposal by an anti-Trump Democrat on the Federal Election Commission would expand the federal government's probe into alleged Russian influence to foreign companies and internet sites that take political ads, like Facebook or the Drudge Report, while giving the FEC an unprecedented role that some say oversteps its authority.
​

So this woman wants the power to investigate foreign companies and websites. Presumably, this means subpoena power, the power to force, say Drudge Report, or any other company whose political support doesn't mesh with her own, to undergo the onerous ordeal of a federal investigation. And what is the specific evidence she will be looking for? There is nothing specific. Just signs of Russian "influence" on the US election (and remember, no country comes close to the level of US meddling in foreign elections).

Democratic Commissioner Ellen Weintraub, citing petitions from leftist groups demanding a wider investigation, on Thursday plans to push for commission support for her idea.​
Petitions to "widen the Russia investigation"? I seriously doubt it. It doesn't sound like the kind of thing people petition for.


"This is an all-hands-on-deck moment for our democracy," she wrote in a hasty bid to get the commission to consider it at their Thursday meeting. "The mere allegation that foreign interference may have occurred shakes the faith of Americans in our democracy. ​
Well, then, I'm sure Ms Weintraub would see the value of starting her fishing expedition by looking into the government that meddles the most, by far, in our elections: Israel.


The FEC must find out the facts of what happened during the 2016 U.S. presidential election and move swiftly and firmly to fix any problems we find. Only then can we begin to restore the American people's resilient but battered faith that our federal elections belong to us -- and not some foreign power," she added.​
No, Ms. Weintraub, it is you and your dishonest, disloyal ilk who have destroyed our faith in democracy. Not Russia.

And send her a tweet on what has shaken our faith in democracy.

She could stay home and just let him keep twitting on his tweeter.

So far, he has admitted to just about everything.
OP

She could stay home and just let him keep twitting on his tweeter.

So far, he has admitted to just about everything.
Click to expand...

Oh shit, when I read this the first time i hadn't looked at who posted it, and I was like, huh? Nobody is that stupid and blatantly absurd. Then I saw it was Lubbly Needyte and I was, "oh". I put on my Lubbly Needyte glasses, which flips everything: up is down, black is white, yes means no and no means yes, logical is illogical, good is evil and evil is good. I re-read it and was like, wow, brilliant.

On the dark side 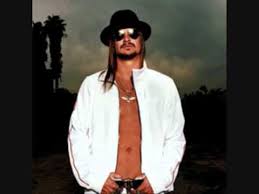 How about only if there's a special prosecuting attorney assigned from the Republican/Trump side of the fence to see all the same information to determine if any of the corruption was actually coming from the Democratic/Hillary side of the election and pursue it to it's conclusion too?

We should be completely bipartisan in this issue.

A cool billion of cultural appropriation

Professor: I Was Fired for Going on Fox News

Michigan Government Lying To Your Faces
2

How Can We Trust a Man Who Showed No Leadership When He Crumbled Under Pressure With Harris Decision?
4 5 6