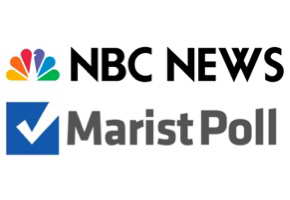 Now, this is just one poll, but Marist had it at Clinton 48 / Christie 45 in December.

Wait and see if other polls are confirming this.

Other parts of the poll were actually very positive about Christie. You can find that information at the link.

How did Marist do in the 2012 elections?

You can see that data here:

Statistikhengst's ELECTORAL POLITICS - 2013 and beyond: The moment of truth: how did the pollsters do?

So, Marist was off by three points to the RIGHT in 2012, and not to the left.

In state end polling, Marist polled 8 key battleground states. It got the winner in 7 of the 8 right. It called a perfect tie in Colorado, which makes it automatically wrong. It absolutely nailed Iowa. It was off to the Left in Ohio and Florida, but off to the Right in Virginia, New Hampshire, Nevada, Wisconsin and Colorado. It's average was mathematical Conservative bias of +2.

So, Marist is hardly a "Liberal" pollster.

Again, this is just one poll, so don't read too much into the tea leaves. Let's see what other national polls post "Bridge-gate" say.
OP

And interestingly enough, Politico, hardly a website that is Obama-or-Clinton-friendly, was one of the first to publish this news:

Former Secretary of State Hillary Clinton has pulled sharply ahead of New Jersey Gov. Chris Christie in a hypothetical match between the two potential presidential candidates, leading him by 13 percentage points, according to a new poll released Wednesday.

The NBC News/Marist poll has Clinton leading Christie with 50 percent of registered voters surveyed saying they&#8217;d vote for her if she were up against the New Jersey governor; just 37 percent of those would back Christie against Clinton.

The poll presents sharp gains for Clinton in the last month; in the same survey in December, Clinton led Christie by a mere 3 percentage points, 48 percent to his 45 percent.

The new numbers comes after the revelation that top Christie aides were involved in malicious lane closures on the George Washington Bridge. The survey showed, however, that the scandal hasn&#8217;t significantly hurt Christie&#8217;s favorability rating among voters. Moreover, 68 percent of registered voters participating in the survey say their opinion of him hasn&#8217;t changed in light of the controversy.
Click to expand...

Makes ya wonder who looks worse from behind.... Hillary or Christie...

HUGGY said:
Makes ya wonder who looks worse from behind.... Hillary or Christie...

Oh, now I'm not hungry anymore. Putting the soup back away...
You must log in or register to reply here.

There was an election last night, in FL-13

Should any prior 'agreement' with Democrats be honored by the GOP? This is full-blown war and there are no rules in real war.
2 3 4

2 minutes ago
Oz and the Orchestra