It seems that NJ gov Christie disagrees with Cantor's stance on disaster relief funds. I can only assume that he will now be shunned by the Rep base and labeled a commie-liberal.

New Jersey Governor Chris Christie (R) said Wednesday that Congress should quickly disburse disaster relief so states can cope with the damage caused by Hurricane Irene, and not tie that relief up in a debate over how to offset the estimated billions of dollars that New Jersey and other Atlantic coast states are seeking.

"We don't have time to wait for folks in Congress to figure out how they want to offset this stuff with the budget cuts," Christie said Wednesday, as reported by NorthJersey.com. "Nobody was talking about off-setting budget cuts in Joplin," he added, referencing a tornado that hit Missouri earlier this year.

Christie's comments go against those made by several House Republicans, who argue that any Irene relief aid needs to be offset with spending reductions. Rep. Scott Garrett (R-NJ) is one of these Republicans, but Christie called on him and others to think of New Jersey residents first.

"I would urge all my colleagues in the New Jersey delegation, doesn't matter which party you are in, and all the rest of the folks in Congress," he said. "I don't want to hear about the fact that offsetting budget cuts have to come first, before New Jersey citizens are taken care of."
Click to expand...

~~~​
Vigilante: I would like to break the "arms, and legs, and perhaps [shoot] a few [Democrat] voters....watching the blood gush out from 9MM holes"
HenryBHough: America would be better off with "Putin as president"
bripat9643: "So long as Obama gets the blame, I couldn't care less if Iraq implodes"
The Rabbi: "Iraq was a stable democracy when Bush left office."
​

He is a walking disastor and he planned his life that way
http://articles.latimes.com/2013/jan/14/news/la-pn-supreme-court-rnc-voter-fraud-20130114

The introduction of this new principle of representative democracy has rendered useless almost everything written before on the structure of government; Thomas Jefferson
R

Christie is wrong. Republicans were talking about EXACTLY that right after Joplin.

Republicans don't seem to have a fucking clue the damage their party is working to create behind the scenes.

Glad he ain't running for President =D We might end up with another Bushbama.

We should just stop the Government fom stealing the money from the people so we can take care of ourselves IMO.
Last edited: Sep 1, 2011

rightwinger;8767988 said:
I have a better job than working for the Government. I am a grossly overpaid independent consultant to the Government
Have your wife give me a call...maybe I can help her out
Click to expand...

PaintMyHouse said:
I'm a Liberal Elite, in a nation founded by Liberal Elites. If you would turn on your head you'd get that.And the best form of government would be a Benevolent Dictatorship. Then we could really get some shit done.
Click to expand...

He is a walking disastor and he planned his life that way
Click to expand...

He does NOW. He didn't when it was proposed under a different President. 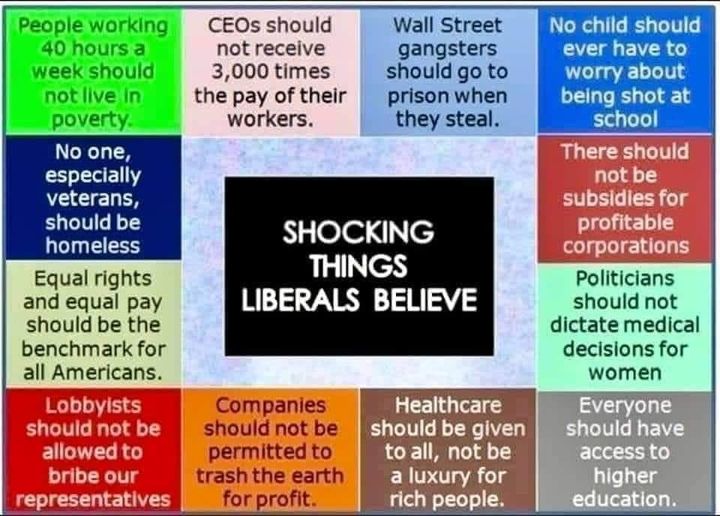 Surely Christie can't mean that he's going to accept a federal bailout?
You must log in or register to reply here.

Sarah Palin Refuses to Go Away

My Man Herman Cain WITH SPECIFICS on His Economic Policy!!!

Trump Kremlingate: What We Know About Efforts to Set Up a Trump-Russia Back Channel

L
Can we please agree that people who base their entire life and personality on being a gun owner are fucking annoying.
2 3

A moment ago
idb

Can we last till the election?
2 3