Tom Paine 1949 said:
....I recall you generally have opposed many hair-trigger racist generalizations when they have been made in other threads. ....
Click to expand...

And so I have. Your point?

Tom Paine 1949 said:
...Perhaps you think any of these three points you raise qualify China as being worthy of being called “genocidal” or just “highly oppressive”? Perhaps the 1.4 billion Chinese should go back to their miserable existence working in primitive agriculture?
...
Click to expand...

How does that red herring taste?

Coyote said:
But HOW is China's human rights abuses (in regards to the Uighurs and Kazhaks for instance) "false"?
Click to expand...

I did not mean and do not believe that “China’s human rights abuses ... are ‘false.’” Nor that they are minor. I meant only that it was false to categorize them as “genocide.” Perhaps I was not as clear as I could have been.

As for questioning me, of course that is fair. Perhaps I feel simply put upon. Some of your questions, like “Does that mean you do nothing in regards to human rights abuses?” may not even have been aimed at me.
Click to expand...

You are right, genocide tends to be overused. What was done to tbe Rohinga or Yazidi, could fairly be called genocid. But genocide is also a bit broader than just physical slaughter, including, in part, the deliberate deliberate destruction of a culture, or of a people through birth control. It is just less obviously horrific.

To be honest, there is really no good or effective answer to this latter question. Neither I nor anybody in the outside world as a whole can really do a damn thing about Xinjiang or many other important developments in China.
Click to expand...

Maybe ... maybe not...but I’m still a believer in the value of international bodies collectively working to promote change for tbe better, either through the “carrots” of increased collaboration, trade, or aid, or the “sticks“ of sanctions, shunning, etc. It may not always work or it may seem like two back for every step forward, but it is better than nothing.

This is especially so given that in the eyes of China’s leaders and even its populace our own system, 4 times as rich per capita as they are, has failed spectacularly over hundreds of years to resolve our own racial and domestic security problems. China does not suffer the same crime in their streets, doesn’t have the same ethnic ghettos in their cities, nor the drugs, that we have. They tear down ghettos and build whole new neighborhoods — whole new cities — to house waves of peasants (with all the social problems this creates) migrating from the countryside.
Click to expand...

True...and it is a choice their majority ethnic group favors...but it comes at a loss of individualism, and the rights of ethnic minorities to retain their culture.

Then there is our “individualistic” society and our “democratic two-party” governing system — now utterly suspect and anarchic, even ridiculous in their eyes. That the invaders of the Middle East and Afghanistan should tell them how to handle a domestic Muslim minority strikes them as absurd. China thinks it can integrate the Uighurs like they have Mongols, Manchurians, most Tibetans and the Hui. They aren’t impressed with us any more, they are not listening to us on these matters of which we know nothing, and when they listen to our complaints of this sort right now they see us only as trying to hurt them, punish them for their hard-won economic successes.
Click to expand...

Agree, but I don’t think they have ever been impressed with us...China is a very old culture/empire. You make some really good points that really illustrate a clash between very different cultural values. Yet we struggle to incorporate our many different cultures under One nationality, and China chooses to eliminate them and make them all Han Chinese.

Sadly, this Western campaign is not helping the Uighurs, is not convincing Han Chinese they are wrong in Xinjiang, and it serves only as a rallying cry for those who want a full scale Cold War, or worse.
Click to expand...

You are probably right. It is not the way to go about encouraging change.

What exactly does "to destroy a national, ethnic, racial or religious group 'in whole or in part'" mean to you?

Unkotare said:
What exactly does "to destroy a national, ethnic, racial or religious group 'in whole or in part'" mean to you?
Click to expand...

Deliberate acts to destroy as in physically slaughter people, or destroy their culture...in part would be, if you weren't successful at killing them all.

Tom Paine 1949 said:
I style myself a people’s patriot and propagandist fighting for the ideals of liberty everywhere.
Click to expand...

OK fine, so how do you feel about the treatment of Muslim Uighurs and political prisoners by the CCP? Is their treatment consistent with "the ideals of liberty"?

AMart said:
Tom, do you work for CCP?
Click to expand...

Do you, AMart , work as an assassin and Stalinist — as your cartoon would indicate?

I am a third and fourth generation American, and I don’t work for any party or any government. After decades working with heavy machinery on a blue collar job in the U.S., I’ve retired on Social Security and a small pension. Like my own moniker, Thomas Paine, I style myself a people’s patriot and propagandist fighting for the ideals of liberty everywhere.
Click to expand...

Playing the apologist for the CCP hardly seems like the work of any champion of liberty.
OP

Here is a new and detailed expose of German “End Times” evangelist and prime anti-Chinese researcher on supposed China “genocide” in Xinjiang —Adrian Zenz. Also exposed as a Falun Gong sympathizer who worked for Epoch Times for 5 years is New York Times guest editorial writer Amelia Pang — who prominently legitimated this New Cold War “genocide charge” to that newspaper’s liberal audience, exactly one week before Pompeo made it official U.S. policy (in his very last day as Secy of State under Donald Trump). The article is well worth reading, as are many of the links it provides: 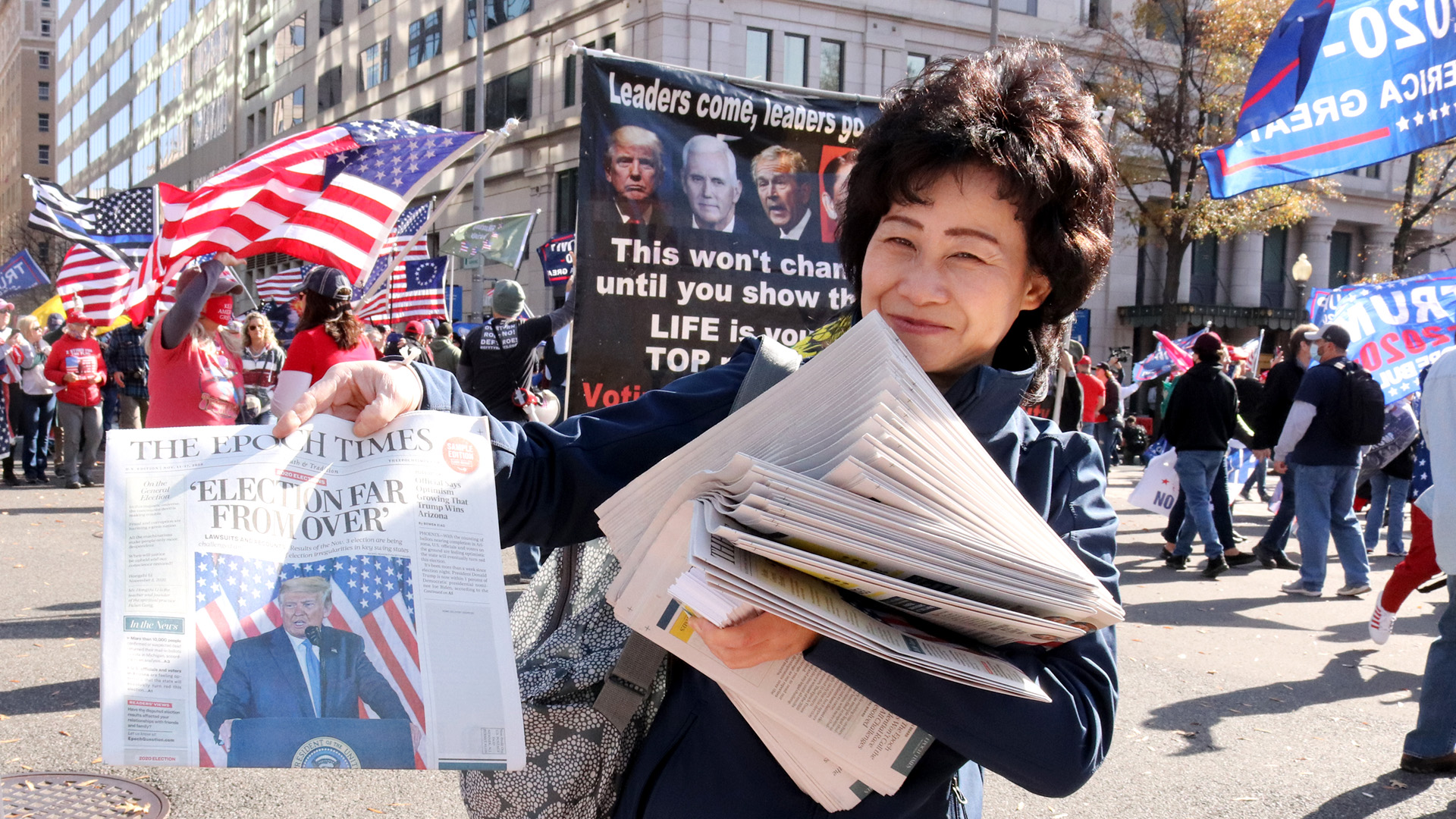 The New York Times recycled flimsy claims by a right-wing apocalyptic extremist to accuse China of “genocide,” in an op-ed by an American with 1/8th Uighur heritage who worked for Epoch Times, a far-right, pro-Trump outlet backed by cult Falun Gong. The New York Times published a factually...

thegrayzone.com
Last edited: Jan 29, 2021
You must log in or register to reply here.

L
So, there are at least some atheists who can admit they were wrong...