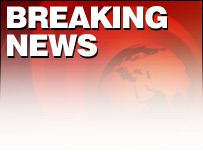 Khalid Ouazzani, 32, a Moroccan-born naturalized U.S. citizen, pleaded guilty to several terrorism-related charges, telling a judge that he sent $23,500 to the terrorist organization through a bank in the United Arab Emirates between August and November 2007, prosecutors said.

He also admitted that in June 2008, he swore to an unnamed coconspirator an oath of allegiance to al Qaeda, prosecutors said.

Ouazzani also pleaded guilty to money laundering and bank fraud in a scheme to steal more than $174,000 from a bank using false and fraudulent financial information, prosecutors said.

Court records said Ouazzani "used various techniques to disguise their communications about their plans and assistance to support" al Qaeda.

A message left with Ouazzani's attorneys by The Associated Press seeking comment was not immediately returned Wednesday. The Kansas City Star reported that his the attorneys, Robin Fowler and Tricia Tenpenny, released a statement that said their client has accepted responsibility for his conduct."
Click to expand...

Location
MD, on the Potomac River

Any more parrot points?? Funny... nobody has been condoning 'torture'... also funny that this is indeed a US citizen who has the rights of a US citizen... not a foreign terrorist, unlawful combatant, captured in a foreign land.... those such persons do not fall under the same rights as US citizens nor under Geneva convention rights... and hence are dealt with in other ways... though I still don't see some calling from 'the right' of torture of these persons... harsh interrogations, etc, yep... but no torture
You must log in or register to reply here.

Can a centrist win Florida?

Truth about Waxman to defamatory for Apple

Millions of black babies have been aborted in my lifetime, been the Democrats pushing for abortion, why do blacks on this board hate Republicans?
5 6 7