About drug and alcohol

The drug takes me to make pain to other's mind and alcohol makes me others to feeling phobia. When we feel pain in mind, we should think if it is drug abuse or not. So we have to understand drug when I feel pain as bad thing for others.

philipshin said:
The drug takes me to make pain to other's mind and alcohol makes me others to feeling phobia. When we feel pain in mind, we should think if it is drug abuse or not. So we have to understand drug when I feel pain as bad thing for others.
Click to expand...

Researchers measured 26 cost components to estimate the total cost imposed by excessive alcohol consumption in 2010 for each of the 50 states and the District of Columbia. They found that the total cost of of excessive drinking hit $1,526 per capita in D.C..--higher than any of the 50 states. The per capita cost to government of excessive drinking in Washington, D.C., was $619, or 87 cents for every drink poured in the nation’s capital. After the District of Columbia, Alaska ($1,165), Colorado ($1,005), New Mexico ($1,084), and Wyoming ($1,052) had the highest per capita total costs for excessive drinking. The lowest per capita costs for excessive alcohol consumption were in Utah ($592), followed by Iowa ($635), Nebraska ($639), Hawaii ($689), and Indiana ($689). The calculated costs of excessive drinking includes health care, lost productivity, and other expenses relating to criminal justice, motor vehicle crashes, fire losses, and special education associated with fetal alcohol syndrome.

Nearly three quarters (71.9 percent) of the total cost, or $179 billion, was due to"lost productivity." Alcohol-related health care accounted for another $28.3 billion. “Despite the severe economic recession in the U.S. from late 2007 to mid-2009, the cost of excessive drinking increased about 2.7% annually…significantly outpacing the 1.9% annual inflation rate,” researchers noted. “It is clear that excessive alcohol consumption is very expensive, that these costs are largely due to binge drinking, and that a substantial proportion of these costs are borne by taxpayers, including non-drinkers."

Self medication is all too common. Not sure anti-depressants is the answer either.
People are not raised to cope with life's problems - always the quick or easy fix, rather than addressing the root problem or just toughing it out.....

What was that line by Denis Leary.... "life sucks, get a fucking helmet"

philipshin said:
The drug takes me to make pain to other's mind and alcohol makes me others to feeling phobia. When we feel pain in mind, we should think if it is drug abuse or not. So we have to understand drug when I feel pain as bad thing for others.
Click to expand...

Man, you are a real flat-liner.

About the fall of the year 2007; I was at work - on the grave shift. I had a cut on my right hand but did not know where the cuts were coming from. I first realized the cuts when I was at Gate 3.

I , after having cut my right hand and fingers multiple times- had found out that the razor sharp folding knife that was clipped to the inside of my right pants pocket , had come unfolded somehow inside my pants.

I went to the medical department on site and bandaged my right hand .

Funny thing is - there was no pain or stinging feeling on my right hand and fingers from cutting myself. Not one iota bit of pain. No tingling , no pain.

No alcohol safe to drink, global study confirms
24 Aug.`18 - Bad news for those who enjoy what they think is a healthy glass of wine a day.

A large new global study published in the Lancet has confirmed previous research which has shown that there is no safe level of alcohol consumption. The researchers admit moderate drinking may protect against heart disease but found that the risk of cancer and other diseases outweighs these protections. A study author said its findings were the most significant to date because of the range of factors considered.


The Global Burden of Disease study looked at levels of alcohol use and its health effects in 195 countries, including the UK, between 1990 and 2016. Analysing data from 15 to 95-year-olds, the researchers compared people who did not drink at all with those who had one alcoholic drink a day. They found that out of 100,000 non-drinkers, 914 would develop an alcohol-related health problem such as cancer or suffer an injury. But an extra four people would be affected if they drank one alcoholic drink a day. 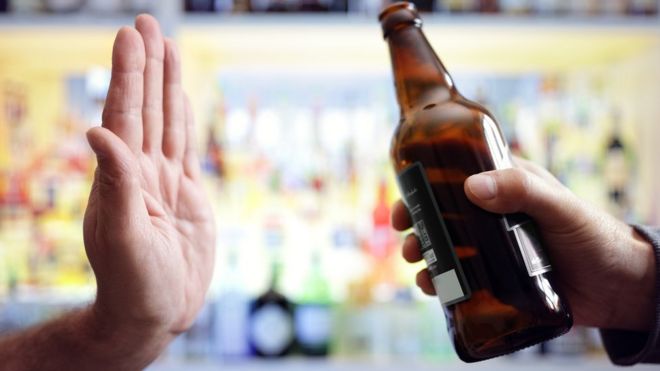 Just one drink a day leads to health risks​

For people who had two alcoholic drinks a day, 63 more developed a condition within a year and for those who consumed five drinks every day, there was an increase of 338 people, who developed a health problem. One of the study authors, Prof Sonia Saxena, a researcher at Imperial College London and a practising GP, said: "One drink a day does represent a small increased risk, but adjust that to the UK population as a whole and it represents a far bigger number, and most people are not drinking just one drink a day." 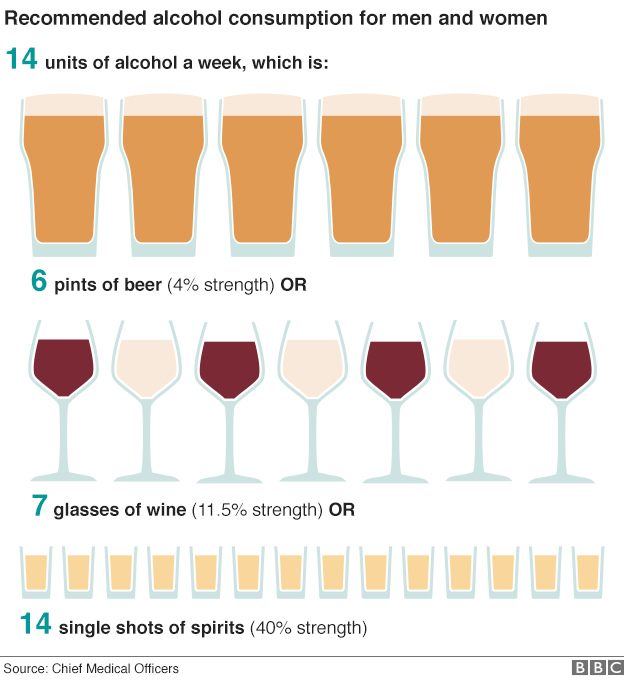 The lead author of the study Dr Max Griswold, at the Institute for Health Metrics and Evaluation (IHME), University of Washington, said: "Previous studies have found a protective effect of alcohol on some conditions, but we found that the combined health risks associated with alcohol increases with any amount of alcohol. "The strong association between alcohol consumption and the risk of cancer, injuries, and infectious diseases offset the protective effects for heart disease in our study. "Although the health risks associated with alcohol start off being small with one drink a day, they then rise rapidly as people drink more."

Obviously, being gay isn't all about sex

2 Liberals Explain Why Trump Will Win

At Pentagon, Fears Grow That Trump Will Pull Military Into Election Unrest