Cannibalism is such an odd and controversial practice that it makes for great comic book stylized pedestrian-paranoia storytelling.

Spider-Man (Peter Parker) realized he had to deal with both Black Cat (Felicia Hardy) and Green Goblin (Norman Osborn), two NYC ghouls who were confirmed cannibals, having killed and eaten six police officers between them. Black Cat was wily and agile and great in hand-to-hand combat, while Green Goblin soared on a jet-glider device and threw pumpkins fitted with explosives. Spider-Man was charged by the NYPD to apprehend and bring to justice these nefarious super-criminals.

"Cannibalism is a horror on the face of humanity. The primitive Aztecs of Mexico (who are no more) practiced cannibalism, and today it continues to be viewed as a form of 'savage behavior.' As Spider-Man, I will do everything in my power to ensure that Black Cat and Green Goblin are incarcerated so New Yorkers feel once again safe walking the city streets at night!"

Peter Parker handed in this memo on 'behalf' of Spider-Man to the Daily Bugle, and boy did it get a huge response! New Yorkers were buzzing about an 'apocalyptic' showdown between a socially conscious valiant vigilante and two masked maniacs who engaged in cannibalism and general mayhem. Spider-Man was excited to restore security and sanity to the city, and he wondered how Black Cat and Green Goblin would be treated (and rehabilitated) once they were captured.

The Daily Bugle received a note the following week:

"We (Black Cat and Green Goblin) accept Spider-Man's challenge and will meet him in Central Park. The media is invited of course to chaperone our little 'battle,' but if the police meddle, then we will set off explosives (placed across the park) remotely controlled by us. We challenge Spider-Man not only to wrestle us simultaneously but also to explain just why he thinks cannibalism is unethical in a human city over-run by mafia corruption."

When Spider-Man read this notice, he decided he would accept the challenge and met Black Cat and Green Goblin in Central Park on Halloween Eve. Spider-Man quickly shot cobwebs all around the faces of Black Cat and Green Goblin, making their visibility very poor, before shooting more cobwebs to tie up their limbs. He then sat down next to them (in front of news reporters and silently-watching and non-interfering police) and explained why he thought cannibalism is evil (before the two ghouls were hauled off to the Ravencroft Institute for incarceration and rehabilitation):

"I agree with you that mafia corruption has made NYC morally 'filthy,' and that sometimes the frustration with challenging jurisprudence issues can make anarchy seem sane or even rational. However, consuming human flesh is simply a sign of 'dummy terrorism.' All New Yorkers now hope that you two will redeem yourselves while remaining under custody of the state, and maybe, just maybe, you can show us why you decided to become urban hell-crows. You have a chance now to become witnesses. I believe you'll take up this eccentric challenge." 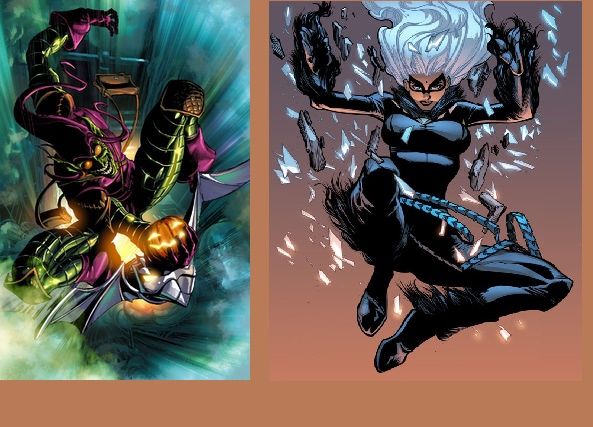 I really like the metaphysical feel of this theme/concept, so I'm adding another original short-story with the same cannibalism-paranoia undertone.

The modern world is all about Facebook, NATO, email, eBay, Bloomberg, NASDAQ, etc.

The fervor that the emergent Middle Eastern terrorist group ISIS has presented on the global stage has people (including the new American President) thinking seriously about the 'limits' of human ambition.

Bruce Wayne picked up a copy of the Gotham Gazette on a fine Saturday morning and was horrified when he read the story on the front page:

"Gotham was terrorized last night by a trio of obese psychopaths dressed as clowns who climbed out of the sewers from manholes and spilled out into the streets with machine-guns and took three police officers hostage and dragged them back down into the sewers and disappeared! The clowns cried out to the passerby who witnessed the horrifying calamity, 'Tell the heroic Dark Knight (aka, Batman) that we'll eat these three cops unless he fixes Gotham City's real problem --- overpopulation'!"

Bruce tumbled down to his bat-cave from his Wayne Mansion portal and suited up as Batman and sat down next to his computer-and-television array. He looked at the video-recordings of the cannibal clown trio (which he nicknamed 'The Fat Funnies') and then faxed Gotham's police commissioner (Jim Gordon) the following memo:

"Gordon, I'll hunt for the Fat Funnies in the sewers tonight and try to rescue the cops they've held as 'ransom.' I have no idea what these 'killer-clowns' intend to prove or why they're demanding what they're demanding. However, I'll try to tranquilize the clowns and bring them to the custody of the GCPD, and maybe the psychologists at Arkham can sort out all the mess!"

Batman climbed down one of the manholes in the city street at about midnight. He was carrying a very bright UV light-gun, powerful enough to blind anyone who stood in the path of its ray. Batman also carried tranquilizer-darts and a potent electric stun-gun. He prowled around the sewers for about two hours before he came upon the lair of the 'Fat Funnies.' One clown got up when he recognized Batman and said, "Finally! Did you understand our demands, Dark Knight?" Batman replied, "The Gotham mayor has no way of 'controlling' overpopulation, and you psychos know it!"

Batman then stunned the three demonic clowns with his electric gun and then tranquilized them with his darts. The three cops were tied up and bleeding from their heads (since the 'Fat Funnies' had cut off their ears and eaten them!) but the wounds were not fatal. Batman carried everyone out of the sewers and called Gordon on his bat-phone, and soon the GCPD arrived and hauled the 'Fat Funnies' off to Arkham Asylum's maximum-security wing. When Gordon asked Batman what he concluded about the cannibalistic clowns' intentions, the heroic masked vigilante replied, "It seems these 'performance-art ghouls' simply wanted to 'ruffle the feathers' of cops and get my attention to deliver the message that civics frustrations can simply create pure anti-social 'intelligence'!" 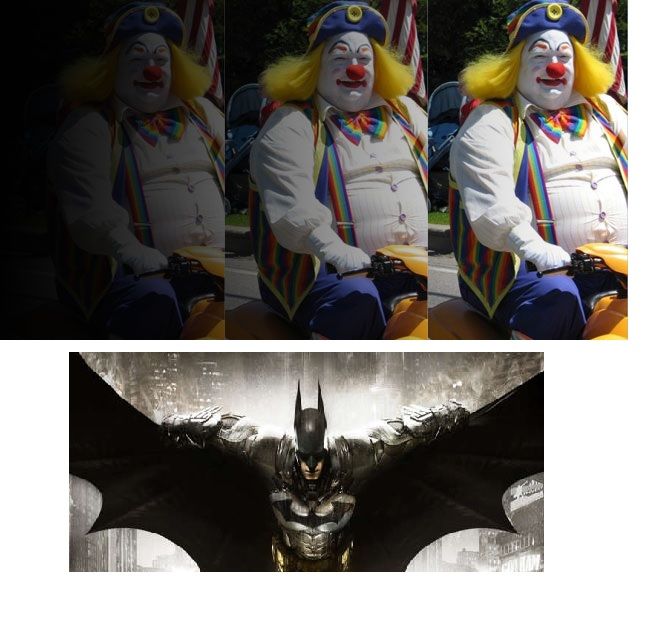 That's it, Trump must go NOW! No exceptions!

A new sexual identity is burning up social media
2 3

Jesus is the Christ

Cuomo called for multiple people to resign over sexual harassment allegations. Now he refuses to resign.
2