Why no one ever sees Santa

.
Every one knows Santa bought a cloaking device from the Klingons. 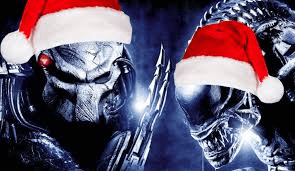 Man, even person as reality challenged as you see that Santa is a cold blooded killer! It's on video for Gods sake!

Hey, the cookies, and milk I leave out always disappear. So...….
OP

Your wife eats them!
W

Santa Claus died in 1995 because Santa and Jerry Garcia were the same person! Look how identical they were! And I assure you that if you did enough pure LSD-25 at a Dead show, you could see Jerry's sleigh and its eight harnessed-up reindeer waiting patiently in the parking lot of the Oakland Colliseum.

Interestingly the day Jerry died was the one time Rush Limbaugh and Bill Clinton agreed on something; they both gave speeches saying surprisingly similar nice things about him, calling him an extremely unique, creative musical talent.

miketx said:
Your wife eats them!
Click to expand...

Mark Cuban proposes a 'use it or lose it' debit card relief program.
2

Germany. The brutal gang of so-called 'Police' with dogs against Corona 'criminals'. The arrest and beating of hostess. Is the year 1933 or 2020 now?
2