WaPo: Biden admin abandoned its own journalists in Afghanistan, you know​ 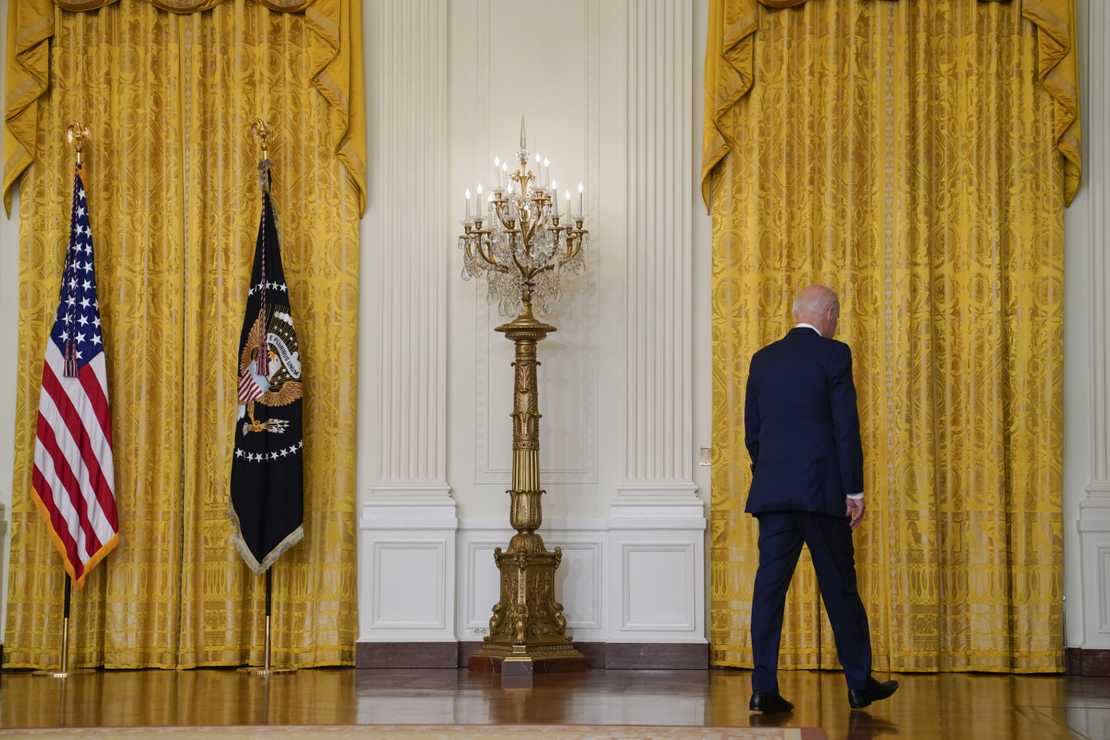 hotair.com
1 Sep 2021 ~~ By Ed Morrissey
Give Josh Rogin credit for reading the media room, so to speak. Thousands of Americans and tens of thousands of Afghan allies left behind Taliban lines might quickly become a statistic for national news outlets rather than thousands of individual outrageous betrayals.
A hundred or so government journalists abandoned despite Biden administration promises to get them out? That might be different, or so Rogin hopes in his Washington Post column:

Now that the U.S. troop withdrawal from Afghanistan is complete, many stories of heroic efforts to save Americans and Afghan allies are pouring out, each describing one facet of the chaos and dysfunction that plagued the effort to evacuate all of those in Kabul who had placed their trust in the United States. Among the most tragic examples is the story of how the Biden administration left behind more than 100 government-sponsored journalists, plus their families, after putting them through three weeks of hell.​
The administration was warned early and often about the 600 or so employees, contractors and family members who worked for U.S.-sponsored news organizations under the umbrella of the U.S. Agency for Global Media, a federal agency funded by Congress. They include journalists working for the Voice of America (VOA) and Radio Free Europe/Radio LIberty (RFE/RL) who have worked in Afghanistan for years — at great personal risk. The Taliban has killed four RFE/RL journalists since 2016 through suicide bomb attacks, and the company’s journalists routinely receive death threats from the extremists.​
Now, the leaders of these organizations say the State Department promised to get their vulnerable people out of the country before the Aug. 31 troop withdrawal deadline, only to later renege on that promise amid the chaos and confusion at the Kabul airport.​
Not only did they renege on the pledge, the Biden administration flat-out lied about it, too:

On Sunday, national security adviser Jake Sullivan said on CNN that all the groups the U.S. government prioritized for departure made it to the planes. But that’s simply not true, according to other officials and sources I’ve spoken with in the groups that scrambled to save their staffers over the last three weeks. Those organizations include the American University of Afghanistan, the U.S. Agency for International Development, the National Endowment for Democracy, the Humane Society and several other civil society organizations that are now facing the worst-case scenario for their people. …​
In the final days before the Aug. 31 deadline, the State Department told USAGM their people would be included among the last tranche of locally employed U.S. government staff, who had been given special priority at that time, Fly said. But as the deadline came and went, the USAGM employees simply never got the call to come to the airport.​
~Snip~
Having failed to get them out in the chaotic shambles of an exit Biden engineered, now the US has to rely on the Taliban’s generosity to get them out. We can certainly hope that works, but … I wouldn’t bet my life on it. And to that point, we should demand why Biden and his team bet the lives of these journalists on that proposition rather than plan an orderly withdrawal that put civilians ahead of the military in the first place.
The media coverage of this utter disgrace and moral stain has been surprisingly straightforward. The plight of fellow journalists might keep that focus in place for a while, reminding us that each and every abandoned American and ally is a moral disaster that rests squarely on the narrow, rounded shoulders of Joseph Robinette Biden, Jr. And we should tell each story as a human tragedy of betrayal until each and every American — citizen and legal permanent resident — and every staffer, every ally gets out of Afghanistan alive.
Let’s not forget the two dozen children that didn’t get out, either:


Comment:
The real question here is, why does the State Dept. have 600 journalists in Afghanistan?
Abandoning American journalists is one of the many lies, broken promises and strawmen Joey Xi Bai Dung has told to justify his cut-and-run.
General Milley tells us, "We win wars due to our overwhelming numbers of journalists and transsexuals." So sayeth the messiah Obama.
Putin and Xi must be enjoying this botched surrender.
Bai Dung's foreign policy adviser Blinken's State Dept. ended a program of retrieving Americans from danger zones overseas. This Progressive Marxist/DSA Democrat Commie government put its own citizens in death trap, there is no way around it. Blinken is a new Kissinger, working against America. Blinken, Milley and Austin must be forced to resign NOW
Where is, repeat, where is Joey Xi Bai Dung? "The World Wonders".​

I am sure Pompeo was smiling when he signed the agreement to end the war.
To live is to suffer~Fritz Lang-Film Director

Moonglow said:
I am sure Pompeo was smiling when he signed the agreement to end the war.
Click to expand...

Seems, Bai Dung and his sycophants can screw up a soup sandwich.
Where is, repeat, where is Joey Xi Bai Dung? "The World Wonders".​

Quick..get all your arguments out now. Gotta admit, the shotgunning of every argument on to the wall in the last 36 hours has been impressive. But I can see the whole Afghanistan issue for Republicans and conservatives already losing steam. Again, you're not going to get the mileage out of this you think you are.

JackOfNoTrades said:
But I can see the whole Afghanistan issue for Republicans and conservatives already losing steam.
Click to expand...

The General Who Recommended Abandoning Bagram Air Base Has Already Left Afghanistan. Hmm...
2

After 'Deciding Not To Extend The Deadline To Be Out Of Afghanistan, Biden Will Soon Speak To The Nation

A moment ago
surada
S
O
Which party is best for investors?