After a 7.7 earthquake off the west coast of Canada "scientists" predicted a tsunami in Hawaii and recommended the evacuation of coastal areas. As it turned out the waves weren't even big enough to surf on. How smart are they?
O

Smart enough not to want a repeat of the 1960 Hilo disaster.

They didn't want to take the risk of being jailed.

Hundreds of Species Arrive in US on Japanese Tsunami Debris
September 28, 2017 | WASHINGTON — Nearly 300 species of fish, mussels and other sea critters hitchhiked across the Pacific Ocean on debris from the 2011 Japanese tsunami, washing ashore alive in the United States, researchers reported Thursday.

It is the largest and longest marine migration ever documented, outside experts and the researchers said. The scientists and colleagues combed the beaches of Washington, Oregon, California, British Columbia, Alaska and Hawaii and tracked the species to their Japanese origins. Their arrival could be a problem if the critters take root, pushing out native species, the study authors said in Thursday’s journal Science. “It’s a bit of what we call ecological roulette,” said lead author James Carlton, a marine sciences professor at Williams College, in Williamstown, Massachusetts. 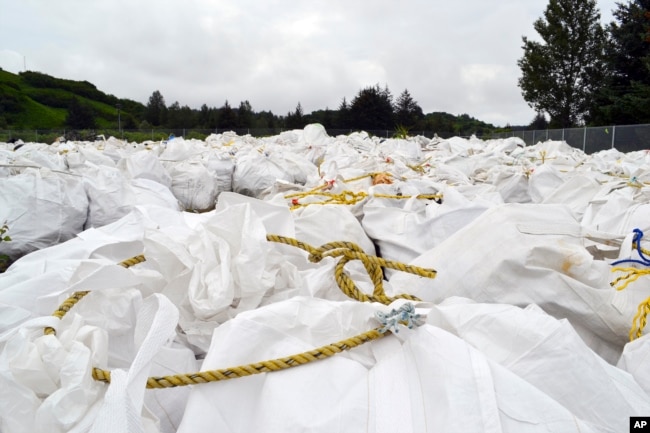 Bags of debris gathered off the coast are shown in Kodiak, Alaska, July 15, 2015. A barge will be used to haul away tons of marine debris — some likely from the 2011 tsunami in Japan — from Alaska shores.​
It will be years before scientists know if the 289 Japanese species thrive in their new home and crowd out natives. The researchers roughly estimated that a million creatures traveled 4,800 miles (7,725 kilometers) across the Pacific Ocean to reach the West Coast, including hundreds of thousands of mussels. 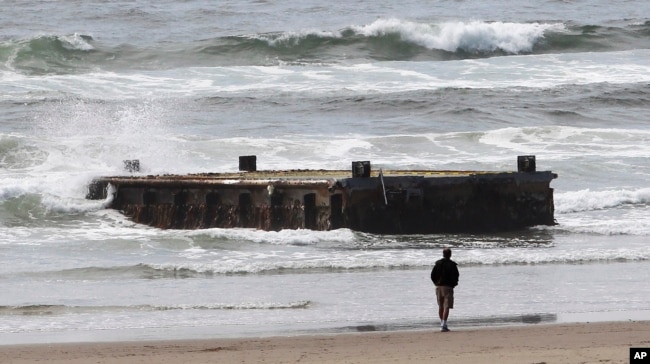 A man looks at a 70-foot-long dock with Japanese lettering that washed ashore on Agate Beach in Newport, Ore., June 6, 2012.​
Invasive species is a major problem worldwide with plants and animals thriving in areas where they don’t naturally live. Marine invasions in the past have hurt native farmed shellfish, eroded the local ecosystem, caused economic losses and spread disease-carrying species, said Bella Galil, a marine biologist with the Steinhardt Museum of Natural History in Tel Aviv, Israel, who wasn’t part of the study.

Hurricane shows up, everybody finds GOD...lol

Oh, great. The Taliban is already holding military parades... with our weapons
2 3 4

A moment ago
Correll
C
J
Jesus Can Not Be Defeated.
4 5 6

A
More Haitians released in USA than deported
2