The First Word of the Headline Is a Lie

Dec012020
The First Word of the Headline Is a Lie
There is no excuse for taking anything the liberal media establishment says at face value, in light of its propensity to brazenly lie. Consider this headline, from NBC2 in Fort Myers, Florida:

Woman Stabs Venice Man With Machete in Attempt to Steal His Wife
Click to expand...

According to a report from the Sarasota Sheriff’s Office, 27-year-old Alana Gibson drove from the state of Maine to Venice, Florida in hopes of running away with the victim’s wife. …
Gibson broke a window to get into the Venice home, then used a machete to … stab the man multiple times. While Gibson was stabbing him, the man’s wife attempted to stop the slashing. Gibson then choked the woman she was there to whisk away.
Click to expand...

It is mentioned only in passing, in the middle of the report, that Alana Gibson is a “transgender woman.” That is, he is not a woman, despite the headline and the use of feminine pronouns. He looks like this: 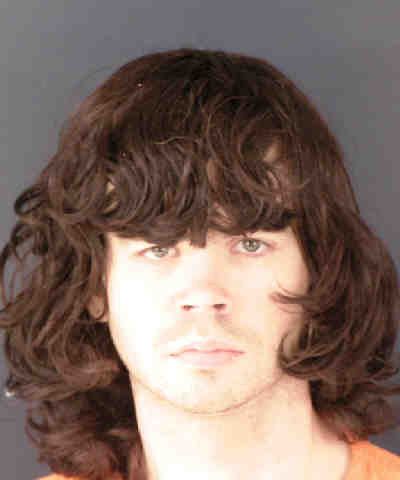 However, according to liberal doctrine, men are literally women so long as they fashionably say they identify as women, and transsexuals don’t tend to have mental problems.

As noted at Breitbart,

The misidentification of suspects’ sex is increasingly common in media reports of crime — even when there is a video of the alleged crimes. The cause is unclear, but journalists’ organizations have allied with transgender groups to promote the claim that a person’s self-declared gender overrides their male or female sex.
Click to expand...

If they will tell absurd lies that can easily be disproven just by looking at the video that accompanies the story, the likelihood is not high that they report accurately when we are reliant on their word for the details.

The media isn’t alone in lying brazenly. The entire liberal establishment is involved in gaslighting us into an alternate reality. The Sarasota County Sheriff’s Office describes Gibson’s arrest under the title, “Woman Charged With Attempted Murder Following Break-In,” also lying from the very first word. The story uses feminine pronouns for Gibson and does not even hint at the truth by referring to him as a “transsexual woman.” A casual reader might think that the mugshot of Gibson with a 5 o’clock shadow was placed there by mistake.


I wonder if theyre gonna throw this retarded animal in women's prison ....what could possibly go wrong ...

The entire west is going down baby ....probably sooner rather than later .....
You must log in or register to reply here.

Trumps implicated in yet another scam

95% of the media are democrat party members, here is their strategy against Trump....
2

Tuesday at 9:47 AM
Canon Shooter

Do you perceive Mortimer as culturally austrian?