The Beautitudes Of Rick Santorum

Its a shame that he will probably lose. He, Sam Brownback and James Coburn have been exceptional leaders for helping to empower less fortunate Americans and others in the world.

The Beatitudes of Rick Santorum
By Kathleen Parker

Rick Santorum can't seem to win for losing, no matter what he does.

The U.S. senator from Pennsylvania could save AIDS babies in Africa, end genocide in Darfur and put welfare mothers to work in his own office -- and he'd still be despised by a sizable number of those who hope Democrat Robert Casey Jr. will defeat him come November.

Come to think of it, Santorum has tried all those things mentioned above, with some success, but often at great political cost. He has worked for global AIDS relief with Bono, the U2 rock star and one of Santorum's more unlikely fans. For his AIDS efforts, Santorum earned the contempt (and veiled threats) of some in the abstinence-only, family-values crowd.

Santorum has been a leader in trying to stop genocide in Sudan, which he views as a front in the war against ideological Islam -- and has sponsored every major piece of legislation created toward that end.

At home in Pennsylvania, he put five welfare mothers to work in his own offices while leading the movement that resulted in the Welfare Reform Act of 1996, signed by President Clinton.

Santorum, in other words, is one of those rare politicians who puts his money where his mouth is -- even though his usual supporters turn on him as a result. And yet his staunch Roman Catholicism has earned him a reputation in some quarters as a weirdo. If Santorum is "too Catholic,'' he has company in his opponent, who is also a Catholic and a near-mirror image of Santorum on most of the hot-button issues.

Both men are pro-life and both oppose same-sex marriage, though Casey allows some slight variations.

Casey says marriage is between a man and women, but he opposes state and federal amendments protecting traditional marriage. He also supports civil unions, gay adoption and benefits for partners in non-traditional unions.

Like Santorum, Casey opposes public funding for abortion; both support state funding of contraception; both make abortion exceptions for rape and incest, though this is a recent compromise position for Santorum. Finally, both support the legal protection for human life from conception, and both want to see Roe v. Wade overturned.

The two candidates don't even differ significantly on the war in Iraq. Casey says he would have voted for the war, although based on false evidence. Both Casey and Santorum oppose a deadline for withdrawal.

There is one area where the two men diverge -- welfare reform -- which is the current topic of the television ads now running in Pennsylvania. Santorum helped make it happen; Casey opposed it.

To be honest, the ads are a little cringe-making. If Hollywood loves what Spike Lee calls the "Magic Negro'' -- those spiritual characters who keep popping up to show white folks "the way'' -- politicians can't help resist demonstrating their virtue with African-Americans helped by "the man.'' No offense intended toward the women who appear in the ads.

Not to be outdone, Casey worked a little magic himself and managed to produce a former fifth-grade student from his days as a teacher. Now a grown woman, Arkecia Morris fondly recalls how Casey encouraged her to read in a loud voice because he wanted the world to hear her. And the world did hear her. And I suppose the world was glad.

The latest Pennsylvania poll, conducted Sept. 22-24 by Strategic Vision Political, shows Casey leading Santorum 50 percent to 40 percent, with 10 percent undecided. It's not clear what voters will gain by electing Casey given that the two candidates are seemingly indistinguishable, but there's no guessing what they'll lose in Santorum.

Love him or hate him, for the past decade, Santorum has been the conservatives' point man for the world's disenfranchised -- the poor, the sick and the meek. If he loses, the face of compassionate conservatism will be gone.

"I have sworn upon the altar of God, eternal hostility against every form of tyranny over the mind of man."
Thomas Jefferson

Senator Santorum is not going to lose, trust me.
To suppose that any form of government will secure liberty or happiness without any virtue in the people is a chimerical idea. - James Madison

Defend your beliefs with courtesy and with compassion, but defend them." —Jeffrey R. Holland
OP

Avatar4321 said:
Senator Santorum is not going to lose, trust me.
Click to expand...

Me being overseas and having to rely on the polls from RCP, that is a reassuring statement from a PA resident.

I don't like Santorum that much honestly (i probably disagree with about half of his politics), but the depth of his concern and efforts for the lesser half (and the fact that he's about giving a hand UP, not a hand out!) overrides all else. The man needs to keep his seat, lest we lose another key member of a diminishing Human Rights Bloc in the Senate.
"I have sworn upon the altar of God, eternal hostility against every form of tyranny over the mind of man."
Thomas Jefferson

From what I've seen, Bob Casey's platform consists of: "I'm not Rick Santorum". And yet he'll get plenty of votes.

99% of Democrats give the rest a bad name.
Click to expand...

It cannot be emphasized too strongly or too often that this great nation was founded, not by religionists, but by Christians, not on religions, but on the Gospel of Jesus Christ! For this very reason peoples of other faiths have been afforded asylum, prosperity, and freedom of worship here.
- Patrick Henry 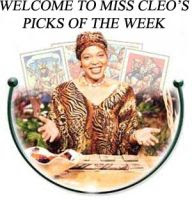 Avatar4321 said:
Senator Santorum is not going to lose, trust me.
Click to expand...

February 6, 2012​
".....Santorums nostalgia for a time before doctors could legally perform abortions was also a time when women regularly died or were seriously injured by illegal procedures. Roughly 50 percent of all maternal deaths in the first half of the 20th century were from illegal abortions, and an estimated 160 to 260 women died each year in the 1950s and 1960s from illegal abortions. But for Santorum, the fact that women no longer face those dangers is a sign of what harm can come from health care reform, right along with fake death panels and false warnings about euthanasia."

J
Supreme Court The Way For The Abortion Case; No On Alito Opinion, Yes On Casey Opinion!

J
The Dobbs (Abortion) Case Is A Neutron Bomb For All Federal Court Law In America!
3 4 5

A moment ago
Lumpy 1

Nord Stream 2 has appeared to have stopped leaking

A moment ago
B. Kidd
B
View more…