Tax Evasion Tells You A Bunch About Democrats!

Yo, whether we're talking about man-made global warming, (LIBERAL)Rep. Patrick Kennedy supporting"trickle-down economics" or Hillary Clinton's so-called war on women, we can see what's true and why. "THE LEFT" advances their faith-based religion called "liberalism" by politicizing anything and everything. Hillary just got the screwy-math judgment directed at her. That's what happens "sometime" to those on "THE LEFT." An obvious place to compare liberals's to their deeds is lying about things like taxes. Tax evasion shows us the boldness of liars. Liberal tax-evaders like Tom Daschle, Timothy Geithner, Charlie Rangel and Al Sharpton get the spotlight.

Democrats have the most tax scandals by a margin of 18 to 7.

***
In closing, I'll just say - whatever you liberals say to me or about me, please don't waste your time with the same partisan bullshit. I vote third-party and in no way support the GOP. The above comparison is only about degree of being power-hunger lying bastards. Both major parties should be replaced with "qualified," freedom-loving, patriotic representatives like the Tea Party, and not lying, big-government career politicians. If we survive the open-borders, poor leadership and lack-of-leadership of liberalism, the pendulum swing should bring our country back to something better resembling the free country our country's founders gave us. Liberalism on display is a very scary thing. 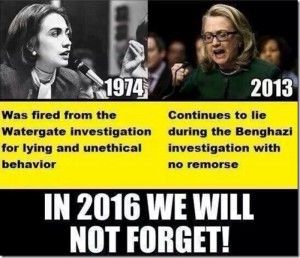 Wasn't it Joe Biden , our illustrious vice president who said, "It’s a unique set of basically trust fund babies,” . Joe Biden on potential 2016 White House run I think I could do a good job - News - TODAY.com
So I wonder what he will leave his children? I can bet, anyone got odds?
You must log in or register to reply here.

Where Are The $8.00 Dollar An Hour Soros Clowns?

Biden has released 42,000 illegals into the US since January; estimated 10% of them are infected with Covid
2 3 4