Because drinking or eating caffeine is too slow, and snorting caffeine is still frowned upon by polite society: a Harvard biomedical engineering professor, David A. Edwards, has just launched Le Whif, a line of chocolate and coffee products that you can consume just by breathing them in, nationwide.

Chocolate Le Whif sounds innocuous enough, if too good to be true: Switched writes that while it has the taste of chocolate, its a zero-calorie treat. The evil, yet more deeply intriguing, of the two Le Whifs, at least to us, has got to be the Coffee Le Whif. Forget the flavor of coffee: Each hit delivers 100 milligrams of caffeine  as much as a cup of espresso.

According to the Harvard Crimson, over the past nine months, Le Whif has sold more than 60,000 tubes, and its nationwide debut entails producing roughly 100,000 tubes a week starting in April. By far the most absurd pull quote in the article:

AND ZERO CALORIE CHOCOLATE!!!!
Sort of is such a harmless thing to say...it doesnt really mean anything. But after certain things, sort of means everything. Like after I love you or Youre going to live or Its a boy.

I get off on honesty.

I get off on honesty. 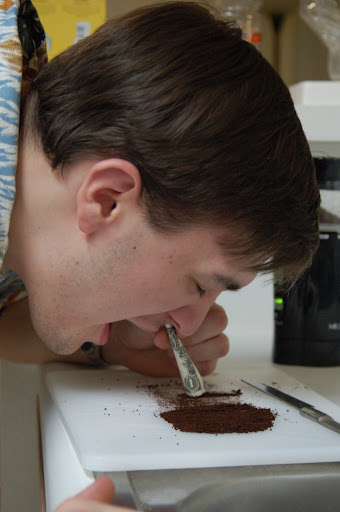 I get off on honesty.
You must log in or register to reply here.

The American College of Obstetricians and Gynecologists, which has more than 60,000 members, is making it crystal clear that it supports abortion

States would decide on their own abortion laws. Really?
6 7 8