Palestine: the things you don’t hear about

Despite pain, the Al-Rajabi family are getting ready to celebrate their daughter's wedding on the rubble of their house demolished by Israeli bulldozers in the occupied #Jerusalem. 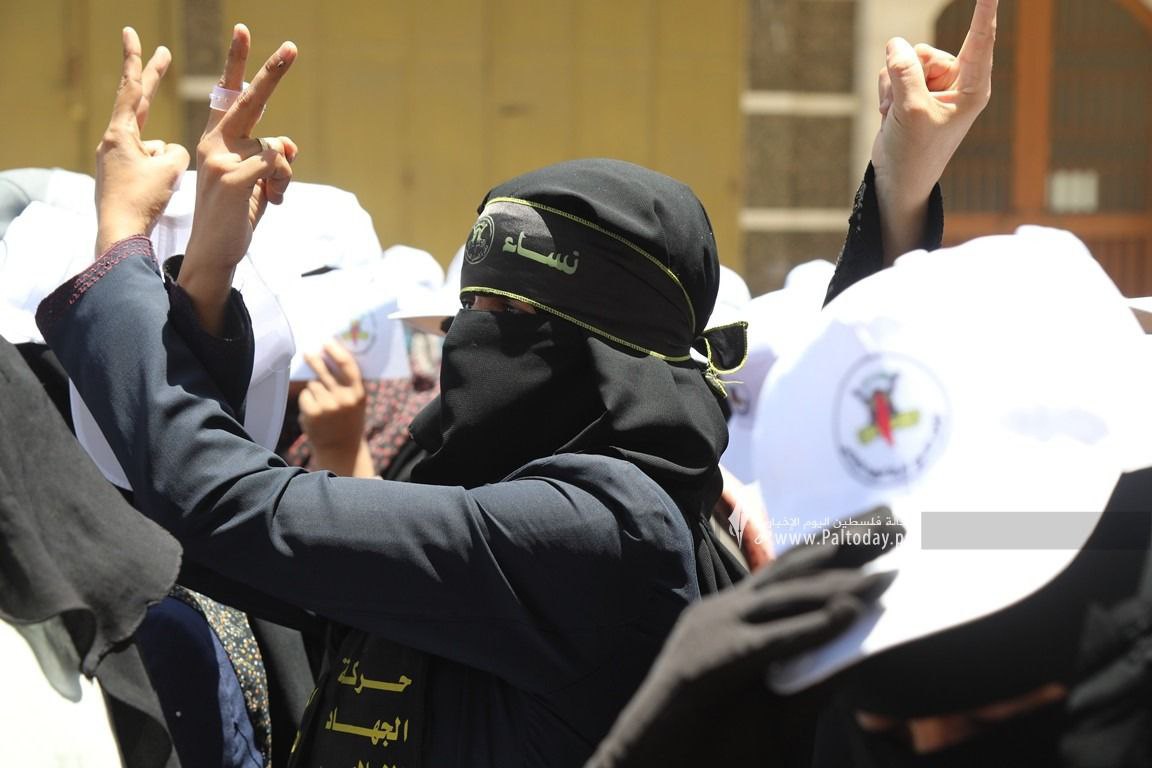 So-called Palestinian Work Accidents are when a terrorist is killed
or seriously injured through his or his group’s error while preparing to attack Israel.

We have another example. Palestinian Islamic Jihad in Gaza is mourning
the loss of Issa Ahmed Saad Ghali, who was “shot by mistake.” 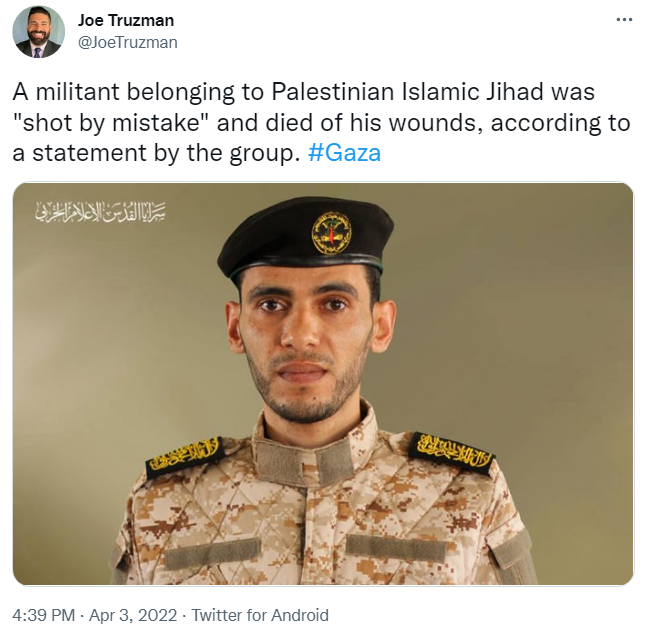 The Islamic Jihad website (archive) has an Obituary (translation via Google Translate):

"Al-Quds Brigades, the military wing of the Islamic Jihad Movement in Palestine, mourned one of its loyal knights in the Khan Yunis Brigade, who was martyred after being shot by mistake.
In its military statement, Al-Quds Brigades said: The martyr “Issa Ahmed Saad Ghali” (38 years old) was martyred this evening, Sunday, 2 Ramadan 1443 AH, corresponding to: April 3, 2022 AD, after being shot by mistake, to go to his Lord after a journey A life that has been sacrificed in its entirety for the sake of God as a jihad and in defense of our people in the face of the criminal Zionist occupation.
She added: “We in Saraya al-Quds count our martyr as one of the distinguished Mujahideen who prayed and toured in resistance and giving and had the imprint and impact on the project of resistance and liberation.”

She prayed to the Almighty, the Majestic, the Majestic, to bless the Mujahid Ghali with the vastness of his mercy and dwell in his vast gardens, accompanied by the prophets, the truthful ones, the martyrs, and the good of those are companions, and to inspire his family and relatives patience and solace." 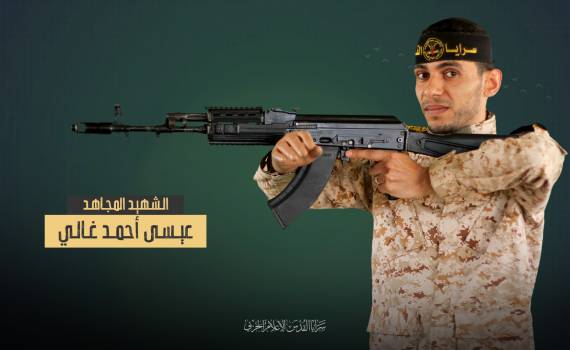 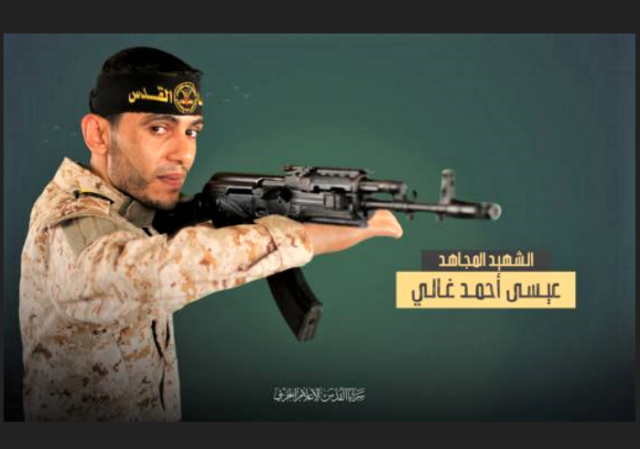 Another one gone with the raisins... 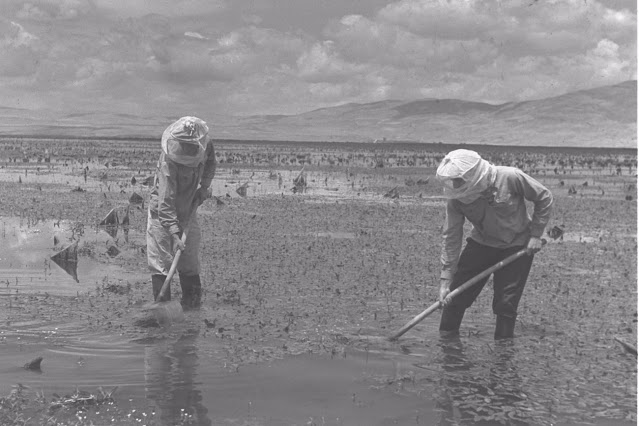 Anton Alexander writes in Malaria World Journal about the remarkable achievement of Zionists, specifically Dr. I. Kligler, in eliminating malaria from Palestine - the first time such an accomplishment was achieved on a national scale, anywhere. The methods that were successful then are not being copied now in areas that are still rife with the disease, and Alexander believes that this is largely because so many do not want to accept the scope of this Zionist achievement and instead pretend that a Palestinian state could have arisen on its own had Jews not moved to the region and created such solutions. 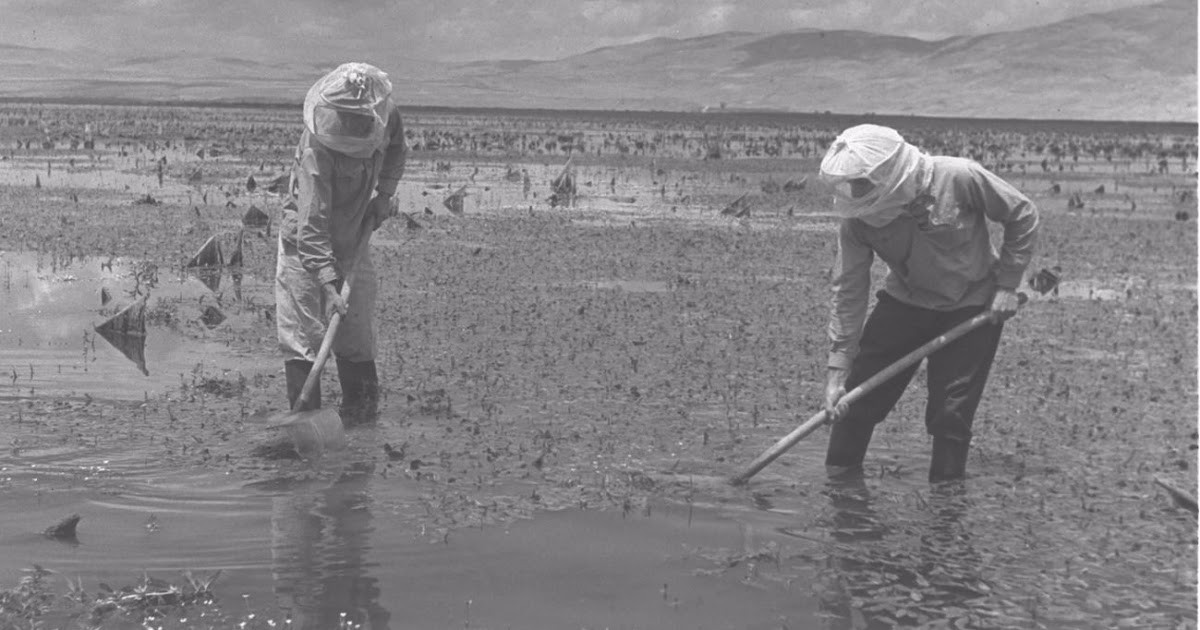 Denialism is a region of the mind most preferred by those who reject the Jewish Nation/People's right to sovereignty on their own Ancient Land.

Muhammad El Kurd attacked by Palestinian activists for being gay

"And Tzedakah will save from death" - King Shlomah A"H
You must log in or register to reply here.

Another Example of Palestinian Savages

White Crimes You Don't Hear About
2 3

'The Most Honest, Most Open, Most Ethical Congress in History' ???

Scientists have recreated the 1918 Spanish Flu and infected Macaques