Why are Kenya's churches and mosques turning yellow? - CNN.com

What a cracking idea. Something we could copy in the West.

Yellow is not a European colour. Red white and blue are our colours.

Africans are Yellow, green and black.

White is an acceptable colour for our churches.
OP

I am not sure the colour is that important. Maybe purple would be nice ?
W

The Somali President has declared a national disaster...

Somalia drought: At least 110 die as fears of famine grow
Sat March 4, 2017 - The Somali President declared a national disaster Tuesday; The region has suffered after little rain in the past few years

At least 110 people, most of them women and children, have died from starvation and drought-related illness in Somalia in the past 48 hours, Prime Minister Hassan Ali Khaire said Saturday. Khaire made the announcement while speaking to the drought committee in Mogadishu, four days after President Mohamed Abdullahi Farmajo declared the drought a national disaster. The death toll covers those who died in the rural areas of Somalia's southwestern Bay region where the drought is more severe than other parts of the country. It was not immediately clear how many others have died in the rest of the country. "The drought response committee briefed the PM about the humanitarian crises in the country that is threatening the lives of the people and their livestock who are on the brink of dying from hunger and watery diarrhea disease," Khaire's office said. 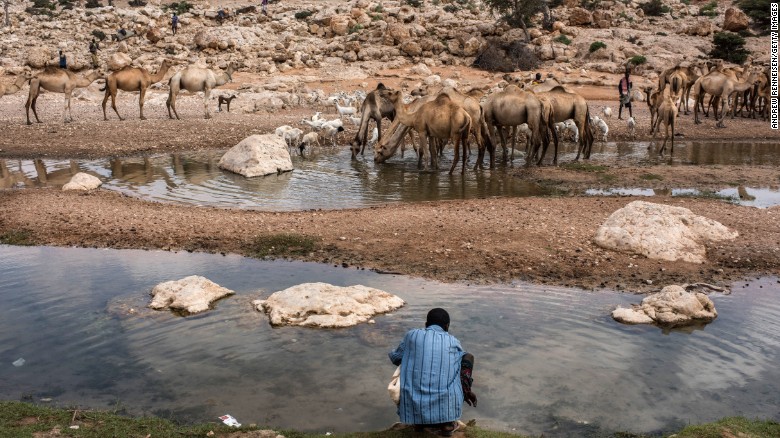 People travel long distances to reach this river near Dhudo, in northern Somalia, because it still has water.​
Khaire has urged "business people and everyone to contribute to the drought response efforts aimed at saving the lives of the millions of Somalis dying of hunger and lack of water." The country has been hit by a severe drought that has affected more than 6.2 million people who are currently facing food insecurity and lack of clean water because of rivers that are drying up and recent years with little rain. Earlier in the week, the United Nations' humanitarian coordinator for Somalia, Peter de Clercq, warned the drought could lead to famine. "If we do not scale up the drought response immediately, it will cost lives, further destroy livelihoods, and could undermine the pursuit of key state-building and peace-building initiatives," he warned, adding that a drought -- even one this severe -- does not automatically have to mean catastrophe. 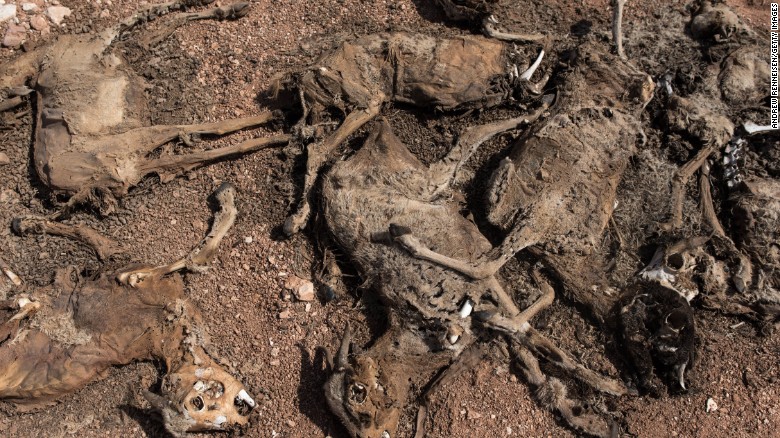 Dead goats are piled up outside a refugee camp in Somalia.​
According to the United Nations, "Somalia is in the grip of an intense drought, induced by two consecutive seasons of poor rainfall. In the worst-affected areas, inadequate rainfall and lack of water has wiped out crops and killed livestock, while communities are being forced to sell their assets, and borrow food and money to survive." The United Nations adds that "the Food Security and Nutrition Analysis Unit (FSNAU) and the Famine Early Warning Systems Network (FEWSNET) -- managed by the Food and Agriculture Organization (FAO) -- have found that over 6.2 million, or more than half of the country's population, are now in need of assistance, up from 5 million in September." 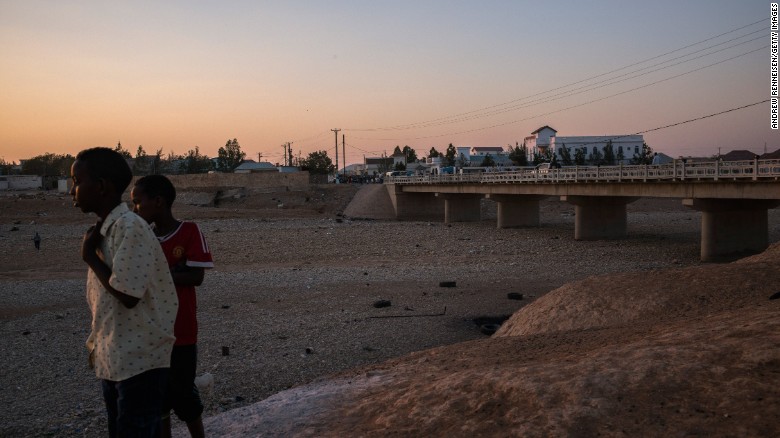 The river in Garowe, Somalia, has dried up.​
Famine in Somalia killed roughly 258,000 people between 2010 and 2012, according to joint report by the United Nations and the United States Agency for International Development. At the time, humanitarian organization Oxfam criticized the international community's response to the famine in Somalia, saying "the world was too slow to respond." UNICEF lists Somalia among four nations where they say a total of 1.4 million children could die of severe acute malnutrition as famine looms. South Sudan, Nigeria and Yemen are also areas of heightened concern.

Attack the message....not the messenger