This just keeps getting stinkier...

Medals For Iranians Who Captured US Sailors

The US Navy personnel were held after their two patrol boats crossed into Iran's waters on 12 January while on their way from Kuwait to Bahrain.

The sailors were released a day later after being held on Farsi Island in the Gulf, where the Iranian Revolutionary Guard Corps have a base.

Mr Khamenei, who has said Iran should remain wary of the US despite their recent nuclear deal, awarded the Fath (Victory) medal to Admiral Ali Fadavi, the head of the Guard's navy, and four commanders who seized the nine men and one woman.

The medal has been awarded to war heroes, military commanders and politicians, especially those involved in the eight-year Iran-Iraq war in the 1980s.

But Mr Fadavi later said an investigation had established the sailors were led astray by "a broken navigation system" and the trespassing was "not hostile or for spying purposes".

Meanwhile, the US military criticised Iran for flying an unarmed drone over a US aircraft carrier operating in international waters in the Gulf this month.

It called the move "abnormal and unprofessional".

In March 2007, Iranian forces seized 15 British servicemen in the mouth of a waterway separating Iran and Iraq.

They were held for 13 days, sparking a diplomatic crisis.


They give medals for 'just helping a brother out'? I'm really beginning to wonder just what the heck we were doing over there. Malfunctioning equipment and just happened to drift off course? Them having our people in a position of surrender? 'Seizing' our people? Wasn't their drones flying over our ships? All this and more happening right at the same time of US lifting the sanctions & handing over what? 6 Billion bucks?

Any of it as individual happenings can easily be explained away, but when you look at all of it together as one picture? Revealing. I think there is a lot more going on behind closed doors here than what is reported.

Victory medals for two boats that "strayed" into Iranian waters, and then used the sailors for photos and video they posted for propaganda 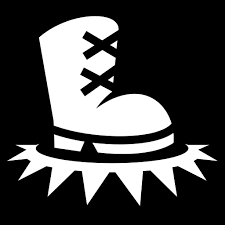 on their victory medals

Tweaking the nose of the worlds 'only Superpower' earns medals, obviously

I find it hard to believe that the outrage is genuine here and not just more anti-Iranian anger filtered into offense over standard Third World actions.
You must log in or register to reply here.

Oregon hipster going to Syria to sing to ISIS and create peace; No....seriously.

US Broadens Fight Against ISIS With Attacks in Afghanistan

Why the Gulf states need to forge their own Iran policy

trump May Have to Self Publish Presidential Memoir
2 3

A Magical Adventure Is About To Begin (Calling All Potter Fans!!!)