Devastation..Killer Russian Robot can detect a human from over four miles away

Wonder how you beat that?

Mirror ^ | Nov 11, 2016 | Kara O'Neill
The device is said to be employed at the border and can be used from anything to detecting low-flying drones to targeting a vehicle from six miles away. Chief project engineer Dmitry Perminov said: "In its structure there is a radar unit that detects a target: human - to about 7km distance, the car - up to 10km. "After detection, the target is in engaged using an optical system." And he confirmed that interest in the robot has already been significant. Perminov added: "This system can be applied not only as a military interface , but also for the protection.....

Vigilante said:
Wonder how you beat that?
Click to expand...

A robot that can kill robots from 5 miles away?

I say we buy a few thousand for our southern border.

Our robot is better than a russian robot any day.

I heard they ran on vodka.

Vigilante said:
Wonder how you beat that?
Click to expand...

A robot that can kill robots from 5 miles away?
Click to expand...

You should have used the metric system, for continuity. 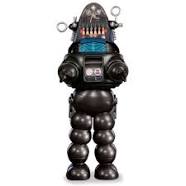 Just got a meat grinder
2 3

If you die from vaccine, your life insurance won’t pay as it’s an ‘experimental medical intervention’