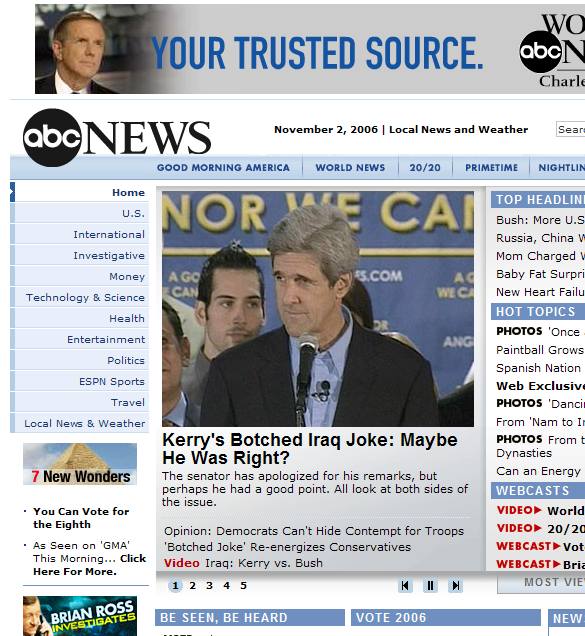 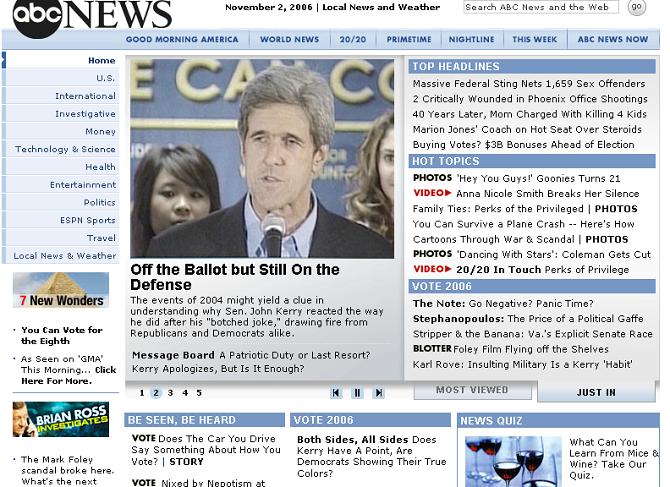 WASHINGTON, Nov. 1  Hes back.
Snip:
Senator John Kerry had been carefully and quietly building himself back up after his failed 2004 presidential run, campaigning for Democratic candidates in places where he could forget about his sometimes strained relationships with his peers back in Washington.

But with a single word  or a single word left out of what was supposed to be a laugh line directed at the president  Mr. Kerry has become a punching bag again, for Republicans and for his own party.

Is there any actor in hollywood, bollywood or anywhere else in a popular movie industry...