​
Hello, my friends. Regarding Colin Kaepernick and police brutality.

Apparently Colin Kaepernick, as well as untold millions of my American and foreign born neighbors are NOT familiar with Dr. Stacey Patton, Ph.D and her extensive research into potentially life scarring, as well as deadly domestic violence committed against American children and teens, aka our Nation's most precious and cherished assets?

How about sparing the kid and not using the rod?

"I would have never been able to do this work if I had come into this world with a mother who stayed, who nurtured me in a healthy way." ~Professor Stacey Patton, Professor, Author, Child Abuse and Violence Researcher

The Undefeated: 'Are there any concepts in your book that may be new to readers?'

Dr. Patton: "I think that some of the data. For example, in the past 10 years, if you look at the annual child maltreatment reports that are put out by the Association for Children and Families, African-Americans have killed over 3,600 children.

If you line that up against the police killings, it pales in comparison. African-American children are more at risk of being assaulted, physically injured or killed by their own parents than by the police. There’s that."

"In 2015, black kids had the highest rate of abuse and neglect, at 14.5 per 1,000 children, compared with 8.1 per 1,000 for white children, according to the Children’s Bureau, part of the Department of Health and Human Services."

"More than 3,600 black children in the United States have died as a result of maltreatment in the past decade, a rate three times higher than for all other racial groups. Suicide rates among elementary-age black children have nearly doubled since the 1990s, while the rates for white children have fallen, according to a 2015 report from the Journal of the American Medical Association.”"
____
(*May 18, 2015 - Rise in Suic!de by Black Children Surprises Researchers - The New York Times*)

I write about and share evidence of America’s MUCH IGNORED, oppressive, potentially life scarring #T_H_U_G_L_I_F_E *CHILD CARE* PUBLIC HEALTH CRISIS that I, as well as a growing number of my reasonably responsible, caring, concerned American and foreign born neighbors believe is impeding our black or American neighbors of African descent from experiencing the equality and respect all peaceful, reasonably responsible Americans are entitled to enjoy.

Much like Tupac I’m sorry to pick on moms, though since ancient times they are the primary caregivers we look to keep our young minds feeling SAFE, protected, cared for and loved right from our start.

There is GOOD news available to responsible, caring citizens wishing to find and implement SOLUTIONS to our Nation's Child Care Public Health Crisis that is affecting the emotional well-being and development of our Nation's most precious assets, as well as the physical health for citizens of ALL ages:

For my neighbors not convinced Child Care is a major issue:

I’ve been saying it for years, most of the problems black people have stems from from poor parenting. Black parents need to stop beating the piss out of their kids. You can be strict without inflicting violence on your kids. They should take notes from the Asian community
OP

Rocko said:
I’ve been saying it for years, most of the problems black people have stems from from poor parenting. Black parents need to stop beating the piss out of their kids. You can be strict without inflicting violence on your kids. They should take notes from the Asian community
Click to expand...

Hello, Rocko. Thank you for taking the time to share your thoughts and concerns.

Parenting is key to EVERYTHING.

I'd like to add emotional abuse and maltreatment is just as detrimental to a child's healthy development. 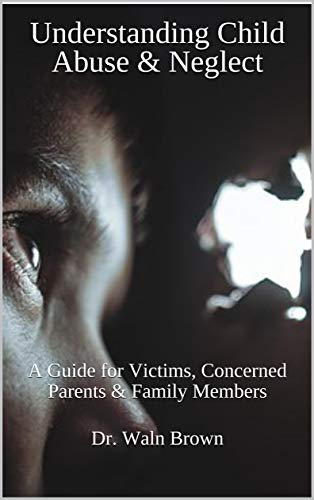 Understanding Child Abuse & Neglect: A Guide for Victims, Concerned Parents & Family Members
Free Kindle Edition and a "Look Inside" at the introduction of this book: https://www.amazon.com/Understandin...0401725&s=gateway&sr=8-2-fkmrnull-spons&psc=1​
OP

Understanding Child Abuse & Neglect: A Guide for Victims, Concerned Parents & Family Members
Free Kindle Edition and a "Look Inside" at the introduction of this book: https://www.amazon.com/Understandin...0401725&s=gateway&sr=8-2-fkmrnull-spons&psc=1​
Click to expand...

Hello, Ms. B. I appreciate you giving a hoot.

Megachurches Still Packing Them In!
6 7 8

The Wuhan Virus Has Exposed Modern Americans’ Disconnect from Reality
2

I
How is it we lack protective gear for health care workers?
8 9 10