"China" wants 9:02 Outer Manchuria back and Muscovite occupiers leave Siberian Lands " After losing the Opium Wars, the Qing dynasty was forced to sign a series of treaties that gave away land and ports to the imperialist Western powers, Russia and Japan; these were known as the Unequal Treaties. Starting with the Treaty of Aigun in 1858 and the Treaty of Peking in 1860, the Sino–Russian border was realigned in Russia's favor along the Amur and Ussuri rivers. As a result, China lost Outer Manchuria (an area of more than 1 million km2), and access to the Sea of Japan."

The Amur Annexation was the annexation of the southeast corner of Siberia by the Russian Empire in 1858–1860 through a series of unequal treaties forced upon the Qing dynasty. The two areas involved are the Priamurye between the Amur River and the Stanovoy Range to the north and the Primorye which runs down the coast from the Amur mouth to the Korean border, including the island of Sakhalin. The territory of Outer Manchuria was formerly under the administration of Qing dynasty China.[1]

Sadly, many libs in America and europe will just shrug their shoulders and say ”let them have it” as long as they keep supplying cheap junk for our consumer market
OP

Mac-7 said:
Sadly, many libs in America and europe will just shrug their shoulders and say ”let them have it” as long as they keep supplying cheap junk for our consumer market
Click to expand... 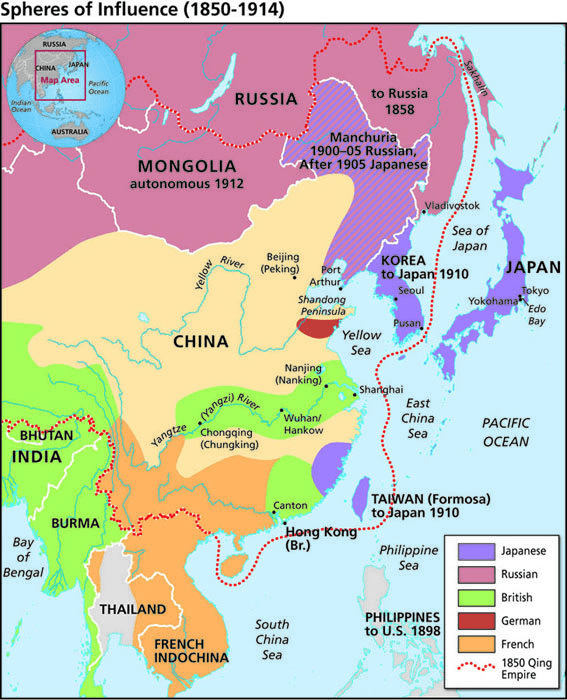 Democrats Want This Fake Campaign To Be A Winner, And If It Is, In Person Rallies Will Be A Thing Of The Past

IS THIS IS WHO YOU WANT FOR YOUR PRESIDENT??? ARE YOU KIDDING ?

CBS' Norah O'Donnell reminds Kamala Harris she has the most left-wing voting record in the Senate (EVEN MORE THAN BERNIE!) after she tries to deny it
2