Summer ends in America, and school starts for America's youngsters, and the color-changes of autumn are not always sufficient to draw people out of the 'funky depression' of post-summer blues.

There is however something that draws us out --- Football.

College Football and the NFL season are in full swing by the beginning of autumn, and fans around America shave off the post-summer blues with weekend 'football-and-wings' events (in front of their giant flat-screen TVs) with plenty of 'Octoberfest beer.'

This is the time when fans and the armchair warriors can revel in the 'virtua-fighting' experience of season-spiced 'backyard football.'

Yes, whether you have customized jersey with rotating team draws or if you're just assembling a quick 5-on-5 Saturday morning backyard rumble before the momentous Notre Dame-Navy college football game to begin, Backyard Football has become the American tradition of disposing of those post-summertime blues.

The field is assembled for a Backyard Football Saturday game at the L.A. celebrity home of famous American movie star Kurt Russell whose invited his friends (Tom Cruise, Tom Hardy, Tom Selleck, and others) to join some of his beer-drinking friends and relatives (including his beautiful daughter Kate Hudson as cheerleader) to prep the upcoming Navy-Notre Dame nationally televised game.

Kurt assembles the squads and calls one team G.I. Joe and the other team Cobra.

Tom Cruise is the QB for the G.I. Joes, and Tom Hardy is the QB for Cobra. The G.I. Joes quickly discover they have an immaculate resource in a wily TE-WR, Kurt's visiting 28 year-old brother-in-law Ajay. Ajay gives the G.I. Joes a 14-0 lead with two terrific TDs, one as a running TE, and the other as a leaping WR.

Team Cobra is not down-and-out as their QB marches their side down the field with some nicely-blocked coordinated hand-off running plays and their burly RB Mark Wahlberg who takes their team down to the 1 yard-line before QB Tom Hardy sneaks in to narrow the lead to 14-7.

However, the G.I. Joes *retaliate* when their RB Seann Scott runs a 40-yard TD and their TE-WR Ajay once again pulls out some heroics and grabs a double-man defended pass, giving the G.I. Joes the final hard-fought victory with a score of 28-21.

The G.I. Joes represented Navy, so the betting pool goes in favor of Navy heading into the game.

Cheerleader Kate Hudson gives a great *G.I. Joe cheer* and then invites everyone inside for hash-brownies, pumpkin-spiced beer, and a Goliath TV-viewing experience.

What a great ad for NBC! 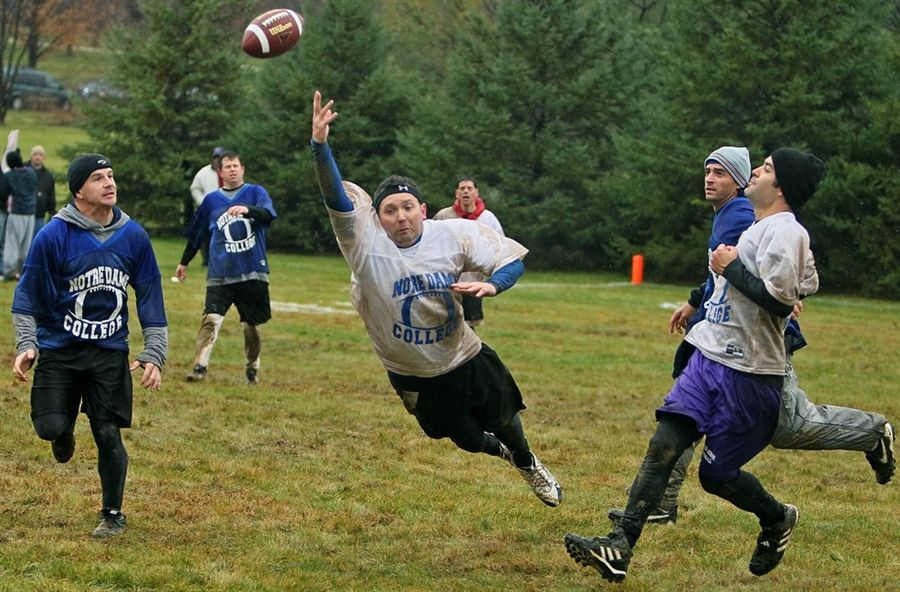 This is is a lot more fun if you read it to yourself in a 30's radio style.
You must log in or register to reply here.

Did Lenny Dykstra really do this?

Good News, At Least 160 confederate Monuments Were Finally Removed In 2020
2

"God's Will Is Of No Concern Of This Congress!" - D-Nadler Denounces / Rejects God On Floor of Congress
7 8 9

What Was The Best Decade For Music In History?
2 3 4