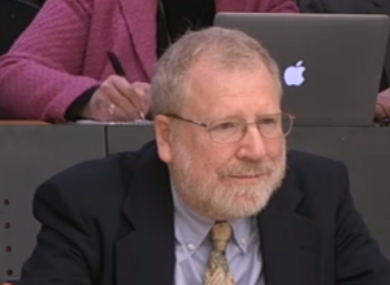 AN EXPERT IN bank fraud has said the Irish bank guarantee was “the most destructive own goal in history”.

Professor William Black, from the University of Missouri-Kansas City, said that the lack of “reliable facts” from regulators and banks in the lead up to the 30 September 2008 resulted in a blanket guarantee being issued.

Earlier, responding to questions from Fine Gael’s John Paul-Phelan, Black said he could not understand the decision to guarantee subordinated debt (junior bondholders), saying later that “you would never ever bailout subordinated debt”.

Black said the guarantee decision turned a banking crisis into a fiscal crisis “that was clearly gonna crush Ireland”. In soccer parlance, he said, this was “the most destructive own goal in history”.


The bank guarantee 8216 was the most destructive own goal in history that sunk an entire nation 8217
You must log in or register to reply here.

Chauvin juror: I didn't want to go thru the rioting
2 3