And it will only get better every day as morevshit comes out on the Beast!

That's not to say there isn't a gender gap — there's still a big one. But Trump's support among women has improved 5 points in the past three days in the wake of the FBI's stunning announcement that it is looking into a fresh batch of emails relating to Hillary Clinton's use of a private email server while secretary of state.

As of Tuesday, 39% of women said they're backing Trump, compared with 34% who supported Trump in Saturday's tracking poll.

And as result, the thrice-married, acid-tongued Trump is doing just as well among women as squeaky-clean Mitt Romney was doing at this point in the Oct. 28, 2012, IBD/TIPP tracking poll... 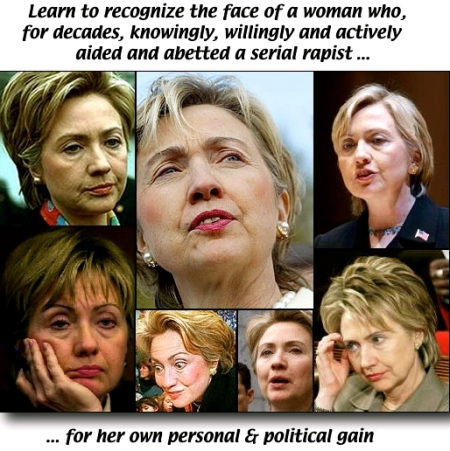 I think someone here coined the event that's coming...

Trump and woman problem is oxymoron. No on has had more poon than trump.

Someone asked a woman how she could vote for Trump, a “misogynist, a racist and a bigot".

Here is her answer:

I wonder if a Russian wrote that Stratford57? There is so much dishonesty in it no American could be that wrong and no intelligent American would believe it.

Stratford57 said:
Someone asked a woman how she could vote for Trump, a “misogynist, a racist and a bigot".

Here is her answer:

Vigilante said:
As of Tuesday, 39% of women said they're backing Trump, compared with 34% who supported Trump in Saturday's tracking poll.
Click to expand...

Nearly 40%? That's actually MUCH better than I expected. I'm willing to bet Hillary doesn't get 40% of the white male vote!
You must log in or register to reply here.

Why do you think hotter women are most likely Republican?

Why Is Biden First President Since 1981 To Not Give First SOTU Speech By End Of February?…Will Kamala Have To Step In?
2

Finally, We Have A President Who Supports Workers & Unions
2