Normally you could dismiss a tease like this one on grounds that the would-be candidate who’s teasing it is just trying to stay relevant. There’s no publicity like “might run for president” publicity, right? Clinton doesn’t need to head-fake about jumping in to get the media to cover her, though. Every time she dings Trump on Twitter or elsewhere it’s amplified endlessly by the press. Tulsi Gabbard is now running as the anti-Hillary in the field thanks to one 20-second comment Clinton made about her recently in an interview. Any “she might run” publicity has a short shelf life, too: We’re only about three months removed from the Iowa caucuses. No one will believe that Hillary might still be getting in the race if she hasn’t entered by, say, Thanksgiving. The idea that she’s doing this for PR just doesn’t add up.

I think she’s looking for excuses to get in but just hasn’t gotten the clarity she needs from the polls to justify doing so. This new one from Quinnipiac is the most enticing for her to come along in awhile considering it’s the worst number Biden has pulled in a national survey since August:

Note the numbers among women especially. Warren, the lone woman left among the plausible nominees, hasn’t even won a third of Democratic women voters (yet). Biden is down to 20 percent among them. There’s a lot of room potentially there for Hillary. And of course Clinton has always done well with black voters, her firewall against Bernie Sanders in 2016. Would it be unrealistic to expect her to immediately attract, say, a third of all Democratic women and a third of all black Democrats instantly if she were to jump in?

Because if that did happen, she’d be right in the thick of the race on day one.

There are problems, though. For starters, this Quinnipiac survey is unusual in showing Biden fading behind Warren, theoretically creating demand for a new centrist-y candidate to get in. Yesterday CNN published a poll showing him leading the field with 34 percent, fully 15 percent ahead of Warren. Two other polls recently had him at 30 percent or better while others have had him steady at 27 percent, still a respectable number in a field this big. That is, the evidence that Biden is beginning to stagger as Warren supposedly rises inexorably just isn’t there — yet. And given the sort of time window Clinton is looking at to get in, if it doesn’t arrive very soon it’ll be too late.

The other problem is that it’s possible Hillary would have her best day of polling on the day she announced and would begin to sink shortly afterward. All of her vulnerabilities would be publicized by the other candidates. Some Biden fans would resent her for trying to snatch away his chance at the nomination. Progressives would recoil at her attempt to derail the party’s journey towards socialism. Even her fans would be given pause by the inconvenient fact that she already lost once before to the guy they’re spoiling to beat next year.

But there’s this scenario too: She gets in and Biden starts to fade as neoliberals conclude, reluctantly, that he’s “lost a step” and therefore Clinton’s the only game in town. The progressive vote remains split between Bernie and Warren, enabling a surprise Clinton win in Iowa. Or, even if it consolidates behind one of them, enough moderate Democrats end up being spooked by the idea that Sanders and Warren are too radical to beat Trump that they grudgingly swing around to Hillary as the least bad (but still bad) option. There are ways to rationalize the belief that she’d do better against Trump than she did in 2016, too. Her advisor gives you one in the clip below: Trump’s not running as a populist outsider anymore but as an incumbent with a record he’ll need to defend. He’s all but certain to have “impeached” on his resume by the time Election Day arrives. Meanwhile, Hillary’s own chief scandal from 2016, Emailgate, is old news by now. And plenty of Hillary fans will tell you that she only lost to Trump because of Russian meddling. With America less likely to get caught sleeping on the threat of foreign interference next year, that’s less of a worry in 2020. Add all of that up and toss in the fact that Hillary 2020 would surely spend lots more time in the Rust Belt than Hillary 2016 did and is it *possible* that she could win?

Sure, it’s possible. You’ll never convince me that she’d have the best chance of winning among the Democratic field; a rando like Amy Klobuchar or even Joe Biden in doddering form would be a much safer gamble. But yeah, conceivably she could win. She won the popular vote once before, after all.

She’s not running, though. I think the “Hillary might run again” rumors are nothing more or less than the Clintons clinging to the *theoretical* possibility that their time hasn’t quite passed yet. It’s hard to begrudge a retired player the fantasy that there’s still a chance for them to suit up, take the field, and finally win the Super Bowl. Same here.

Elijah sends the Hildebeast a message from beyond...and is backed up!!! 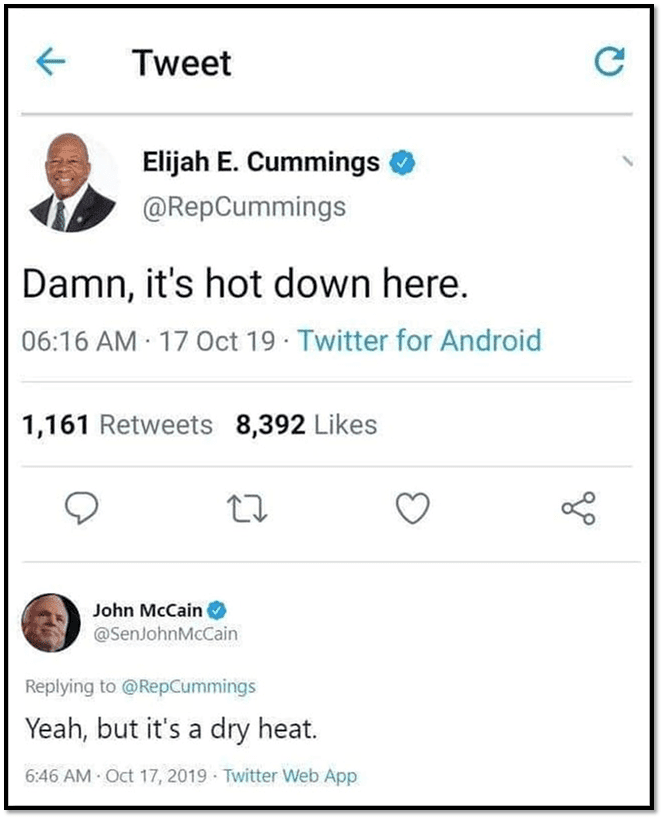 Just itching for a third ass whipping.
You must log in or register to reply here.

Why Smarten up the Ds?

I guess Republicans would prefer to run against Hillary again
2

Joe Biden admits who he believes really won the 2020 election

WI Is Not Listening Audit Coming

A moment ago
LibertyKid
L