Summary And Conclusion: Never Trust Them

alang1216 said:
So the GOP is now the party where the ends justifying the means? I guess you can no longer condemn the Dems for ANYTHING they do to get into power.
Click to expand...

That's the philosophy of people who think they're "at war".

It gives them a handy excuse for devolving into their ugliest, basest, most childish behaviors.

Those who have put a great deal of effort into making our tribes as angry and divided as possible are winning. Or, they've won, not sure.
Click to expand...

"people who think they're "at war".

This is going to be one more of those posts where your lack of education will be glaringly exposed.


The march of Progressives:

a. Herbert Croly, the intellectual link between Wilson and FDR, and founding editor of ‘The New Republic,’ wrote ‘The Promise of American Life,’ wherein we find a veritable checklist of fascist characteristics.: the need to mobilize society like an army, spiritual rebirth, the necessity of revolutionary leaders, reliance on manufactured, unifying national ‘myths,’ contempt for parliamentary democracy, non-Marxist Socialism, nationalism, a spiritual calling for military expansion, the need to make politics into a religion.

b. From Croly: The remedy for ‘chaotic individualism of our political and economic organization’ was a ‘regeneration’ led by a heroic-saint who could overthrow the tired doctrines of liberal democracy in favor of a restored and heroic nation. Herbert Croly, “The Promise of American Life,”p.14
So, where is the line between fascism and Progressivism?

c. Croly believed that life should be like a ‘school,’ and as such frequently demands ‘severe coercive measures.’ James Bovard, “Freedom in Chains: The Rise of the State and the Demise of the Citizen,” p.8 Like Roosevelt, Croly looked forward to wars as the vehicle of progress, and saw as the Spanish-American War’s greatest achievement that it gave birth to Progressivism.

Once more the fact that you never completed elementary school comes back to bite you, huh?
Click to expand...

How easy life is for zealots. Only able to see the faults of the other tribe.
Click to expand...

Never look in the mirror. Ever.

Afraid of what you'll see. Obviously.
Click to expand...

Not at all...For decades Republican's tried to hold themselves to the higher ground. Hold themselves to standards that was set on the premise that ideas would win...During that time Democrats played the same games they do today, never relenting their dishonesty, or willingness to do 'whatever it takes' to gain power...

Now, you want what, Republican's to get out there and throw the election away? Puff, puff pass dude....

In fairness to you, that is certainly understandable.
Click to expand...

Oh, that is a wonderfully snarky insult thrown in for NO value what so ever...Look dude, I've told you before, in the grand scheme of things, you're a piss ant on the beach of life...No one really cares what you think of the person you are responding to...You don't know her, and I don't know you, but, I've seen your dumbass kind on these boards for some 20 years now.

See, people like you, who consider themselves above the frey, who they think 'party politics' is beneath them, but always seem to side with one party on nearly everything, but won't dain to give their true alliance their vote...Instead they throw it away on dolts, and losers...I guess you could say giving Democrats their vote by proxy...

They lurk around in boards like this posting with dripping superiority, and arrogance. They are unlikable even when being involved with anonymous venues...So, I can only imagine what an insufferable boar you are in real life....

You think that several days ago, that I have some kind of meltdown, and I am sure you told yourself it was because of how smart, and witty you think you are, when in reality, I can't stand a mother fucker like you...In real life I wouldn't spit in your direction if you were on fire...

So, when you make insulting comments like you closed to PC here, You show everyone just how worthless you are...
OP

If you don't believe the Democrats knew how less than critical the Wuhan scam is,.....

"CNN quiet as Biden claims nobody would have died from virus if Trump had 'done his job'
...Biden declares 'all the people would still be alive' at town hall in Moosic, Pennsylvania


Biden declared at Thursday’s CNN town hall that nobody would have died from the novel coronavirus if President Trump had “done his job,” a whopper that CNN anchor Anderson Cooper let slide. 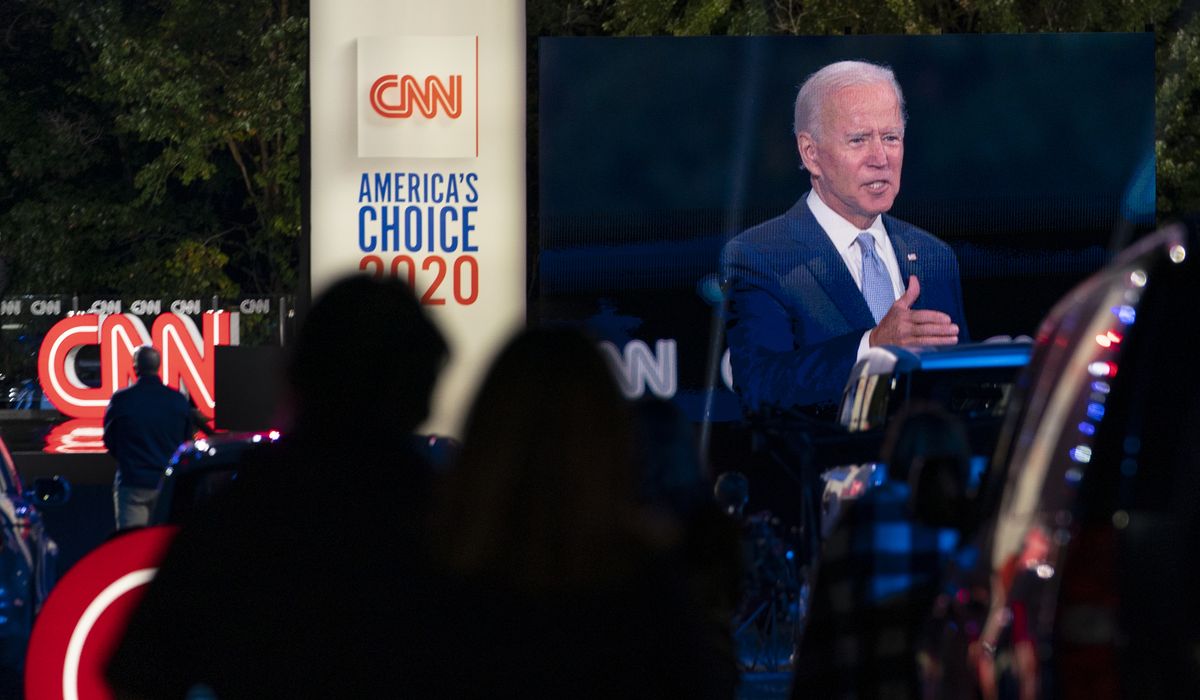 Democratic presidential nominee Joseph R. Biden declared at Thursday’s CNN town hall that nobody would have died from the novel coronavirus if President Trump had “done his job,” a whopper that CNN anchor Anderson Cooper let slide.


'all the people would still be alive'


In this claim by Quid Pro Joe, we not only have proof of the Democrats knowing full well that the shut-down and school closings are a fraud, .....

.....but how truly stupid Democrat voters must be.
OP

Those in charge directed that every death in the United States be attributed to the Wuhan flu...every single one.

Whatever number they report, remember that the CDC revealed that only 6% of the number were actually attributable to covid.

And the statistics prove that it is the elderly and those with serious other medical condition are at risk....not the entire population as is the Democrat pretense.

According to Quid Pro Joe......it's half of the entire country that will die.

Poles are the key to President Trump's reelection

Q
What happens if the earth reversed its rotation

The FDA is looking into banning all stem cell therapies.

A moment ago
ClaireH
C