"A Nivea print ad encouraging African-American men to "re-civilize" themselves, now appearing in September's issue of Esquire magazine, created a firestorm of tweets, Facebook updates and blog posts accusing the brand of racism.
Nivea took to its Facebook Page Thursday afternoon to issue an apology and thank fans for their concern. Parent company Beiersdorf AG withdrew the ad from future publication"

(That along with Madison Avenue's proclivity to show them, although their true percentage represents only roughly 15 % of the Nation's population, as 85 % of the all knowing, wise, benevolent personnas in their commercial advertisements. The caucasians are left with the dregs, inhabiting the personifications of commercials such as "Do people do dumb things with smart phones?"

I dont see anything wrong with it at all.
Emitte lucem et veritatem​

This is no worse then the Caveman ads: 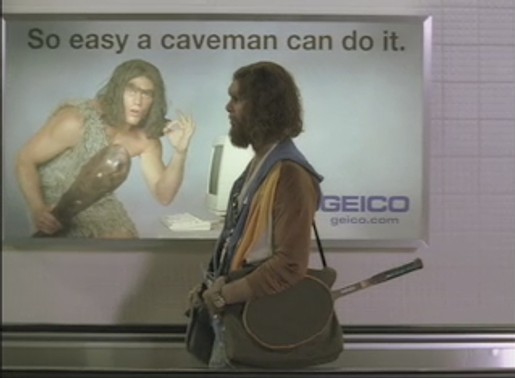 The reason blacks get so upset with being called uncivilized, is because it's true
You must log in or register to reply here.

This vid is superficial fluff, but food for thought

Where in Future America Do You Want to Live?
2

5 minutes ago
Bald Eagle
B

Do you follow the news of your ancestral home ?

F
Everyone wants to argue. What's the solution?
2