Purchased in the Korean War to carry ammunition from a Korean boy who needed to buy a prosthetic leg for his sister, Reckless soon became one of the most famous and beloved Marines for her on and off the battlefield actions.

One of Reckless’ finest hours came during the Battle of Outpost Vegas in March of 1953. At the time of this battle it was written that, “The savagery of the battle for the so-called Nevada Complex has never been equaled in Marine Corps history.” This particular battle “was to bring a cannonading and bombing seldom experienced in warfare … twenty-eight tons of bombs and hundreds of the largest shells turned the crest of Vegas into a smoking, death-pocked rubble.” And Reckless was in the middle of all of it.

Enemy soldiers could see her as she made her way across the deadly “no man’s land” rice paddies and up the steep 45-degree mountain trails that led to the firing sites. “It’s difficult to describe the elation and the boost in morale that little white-faced mare gave Marines as she outfoxed the enemy bringing vitally needed ammunition up the mountain,” Sgt. Maj. James E. Bobbitt recalled.

During this five-day battle, on one day alone she made 51 trips from the Ammunition Supply Point to the firing sites, 95% of the time by herself. She carried 386 rounds of ammunition (over 9,000 pounds – almost FIVE TONS! -- of ammunition), walked over 35 miles through open rice paddies and up steep mountains with enemy fire coming in at the rate of 500 rounds per minute. And as she so often did, she would carry wounded soldiers down the mountain to safety, unload them, get reloaded with ammo, and off she would go back up to the guns. She also provided a shield for several Marines who were trapped trying to make their way up to the front line. Wounded twice, she didn’t let that stop or slow her down.

What she did in this battle not only earned her the respect of all that served with her, but it got her promoted to Sergeant. Her heroics defined the word “Marine.” She was BELOVED by the Marines. They took care of her better than they took care of themselves – throwing their flak jackets over her to protect her when incoming was heavy, risking their own safety. 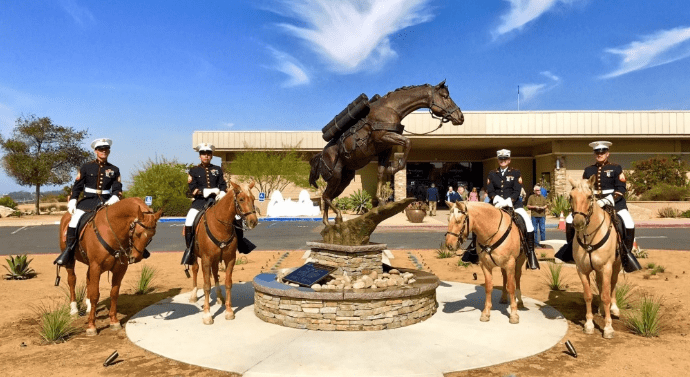 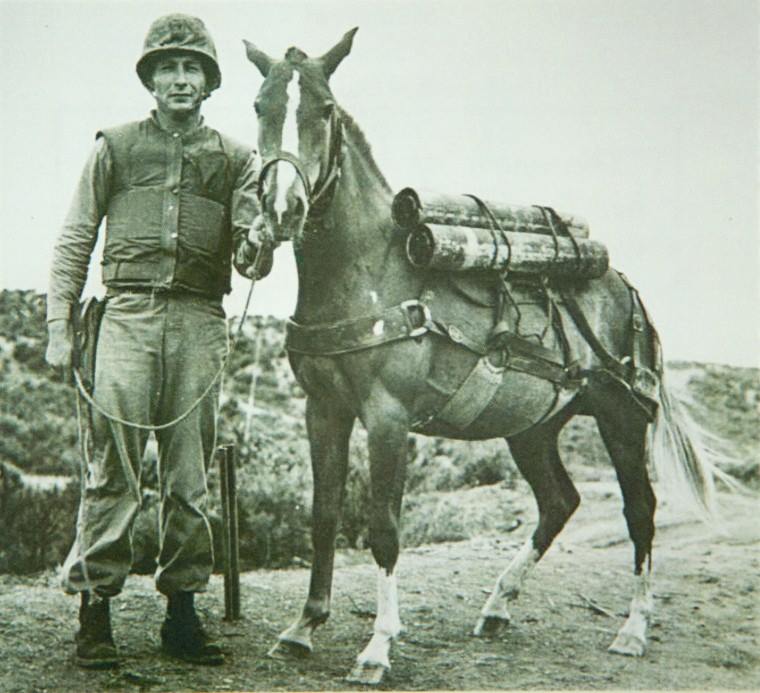 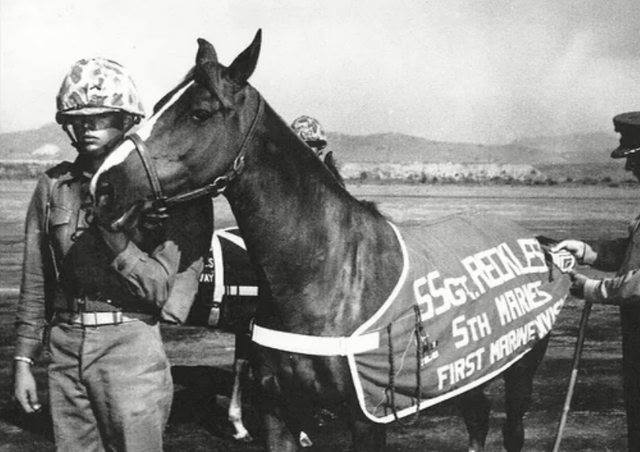 You have to admire resourceful Marines in a "recoilless rifle company" for going back to basics when jeeps were in short supply during Korea The "recoilless rifle" isn't a rifle as we know it. It's a heavy cannon with a rifled barrel and the recoil blast is directed out the rear.
You must log in or register to reply here.