Lotto cancelled until tomorrow after lottery machines go on the blink 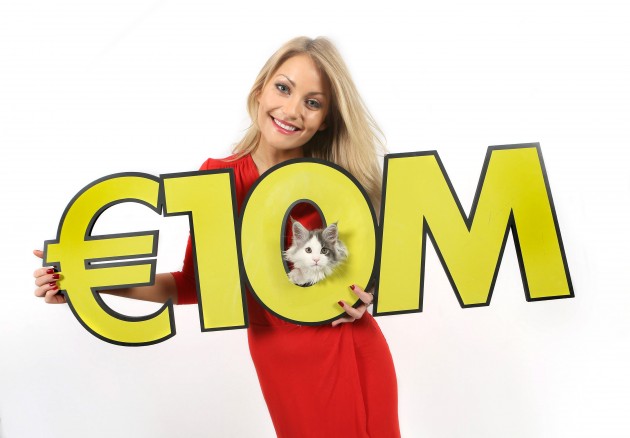 The National Lottery has now confirmed that tonight’s draw has been cancelled.

In a statement, it said:

The National Lottery can confirm that there were technical problems this morning following a service outage related to the 3G telecommunications infrastructure provided by Telefónica. This incident affected business customers across Ireland and Europe including over 3,500 National Lottery agents. We are continuing work to re-establish the connection between the agent terminals and the network.

To ensure all our players have an opportunity to play for the €10 million Lotto jackpot, the Lotto draw will now take place on Thursday 5 February 2015. Tickets already purchased for the midweek draw remain valid for this draw.

It thanked players and agents for their patience.

The draw, which was due to take place on Wednesday night, was postponed for 24 hours after a technical problem stopped ticket machines working.


It is the first time in nearly 30 years of Lotto jackpots that a draw has been postponed.

Up to 3,500 Lotto outlets around the country were hit and thousands of people were unable to buy tickets for the bumper prize, which has been rolling over for weeks.

The problem originated with Telefonica's 3G network in Spain.

Eddie Banville, director of marketing with the National Lottery, said the problem was external to their systems so it was outside their control.

A full investigation will take place and any changes deemed necessary to stop it happening again would be carried out, he added.

The Lotto draw finally went ahead 8230 and there was a winning ticket
You must log in or register to reply here.

Did Britain purposefully cause the Irish Potato Famine?

Garry Glitter is not a Muslim

Galaxies banging into each other, what does this say about the Big Bang Theory?

Do you consider western europe as a extension of america?
2 3 4

There is a Way Which Seems Right to a Man, but the Ways Thereof Lead to Death - Proverbs 14:12
2

L
Starting my own religion
2