Woke Medicine: A Prescription for Disaster

The completion of the destruction of American medicine is at hand.

This ain't woke, this is going to kill thousands of people every year and its beginnings are already responsible for unnecessary deaths in hospitals. This will ramp the number up even higher.

REVIEW: 'Take Two Aspirin and Call Me By My Pronouns' by Stanley Goldfarb, M.D.​ 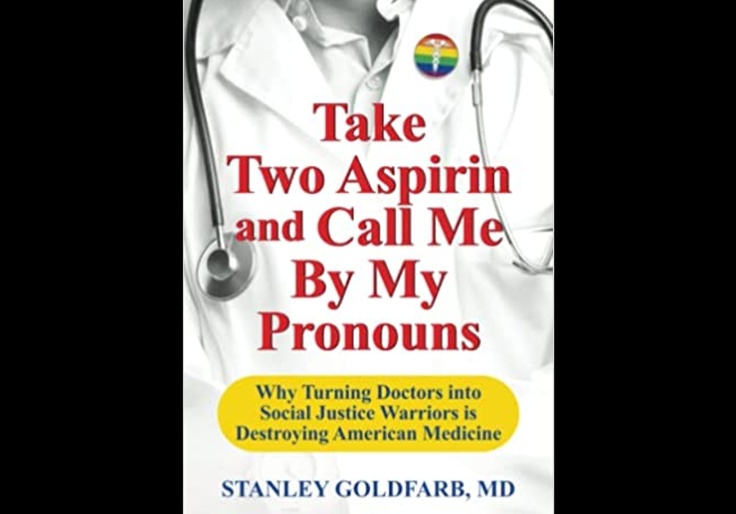 It is a popular sport among those on the progressive left to dismiss conservatives' concerns about the spread of "woke" ideology (such as Critical Race Theory and "antiracism" training) in public education and corporate culture. Parents are scolded for suggesting that seeing the world through...

"Woke" is just a key for opening the U.S.Treasury rout for anyone the Deep State wants to get rich quick. They're nothing but equal-opportunity virtue decimators. They hate Republicans because we're blocking the destruction of the Constitution by greedy Deep Staters who use people of color to damage this nation for their fiscal gains they have made laws for, obfuscated in 1,200-page laws up for the vote in 5 minutes with the shrug "read fast, stupid.:"
When the righteous are in authority, the people rejoice: but when the wicked beareth rule, the people mourn.
Proverbs 29:2​
C

Yea, I know I look for sound medical opinions, not in medical journals, but the free bacon.... oh sorry beacon.

Somalia’s al Qaeda Branch Has Gotten ‘Bigger, Stronger, & Bolder’ Since US Exit...As in...

Parkland father: No reason we can give $40 billion to Ukraine but not protect schools

Monday at 10:32 AM
PeanutGallery
P

The science behind gender ideology is bunk