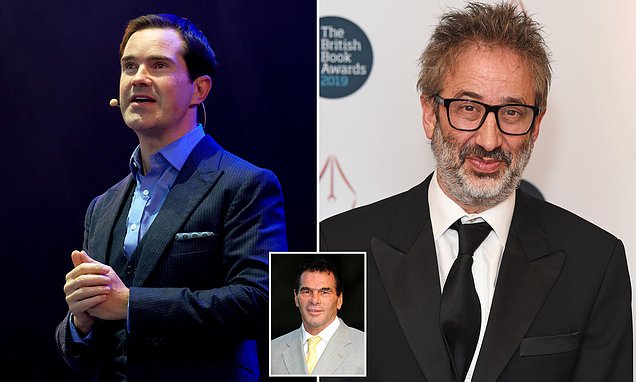 Jimmy Carr (pictured) has claimed he will be cancelled over his joke that the 'thousands of gypsies killed by the Nazis' was a 'positive' effect of the Holocaust.

Jimmy Carr is quite well known in the UK without beinga big star.His latest netflix offering offers up holocaust jokes about the nazis gassing gypsies.

I prefer to think of carr as a tax dodger than as a comedian. he will sometimes say something outrageous to get a reaction and it looks like he is getting one now.

its hard to see how this shit would make it on to traditional platforms but the new ones are targetting the same audience and they wontcget away with offerng up Holocaust jokes.

Netflix content is a bit hit and miss anyway. They dont need this.

Carr should find a nazi friendly platform. He has a late night show on C4 and they are not the sort of people who will put up with this sort of shit.
Click to expand...

Sound like a HOAX to me....ahem
I said: LIKKMEE !
‎GIF Keyboard
You must log in or register to reply here.

ChiCom Flu Claiming Another Political Leader As a Casualty

For Fun: Name Something You Trust More Than the FBI

Is It Now Time To Abolish The FBI & DOJ And Privatize It?
2