Judge was a K9 cop from West Deptford, NJ who unfortunately had a disease that enlarged his liver and made it so that he could no longer eat. He had to be put down but on his last trip to the vet all of his fellow police officers showed up to salute him and pay their respects. 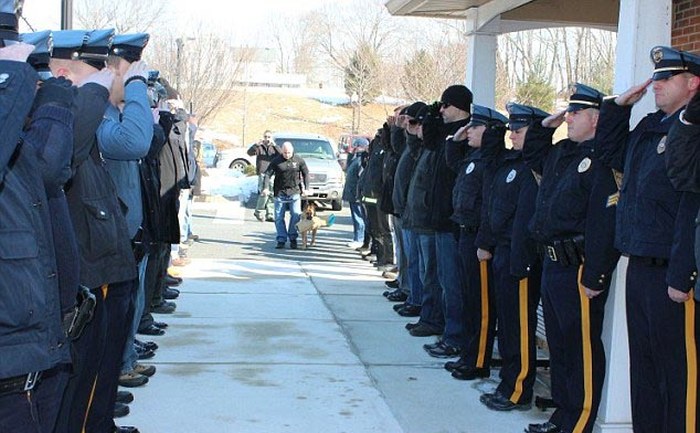 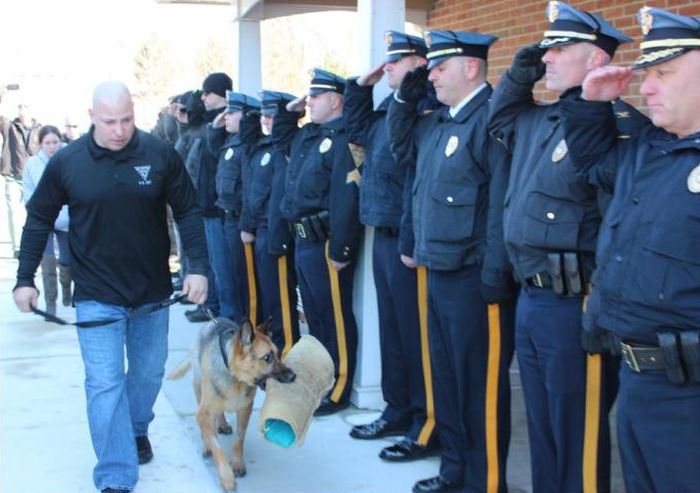 I had a friend in Tucson who trained police, SAR, drug, cadaver dogs. Those dogs were just amazing and once trained, would sell for as much as $8000. Most of the dogs she trained were Belgian Malinois rather than GSDs. There were times when I would swear those dogs could read minds.Oh and since most came from Germany, you had to speak a bit of German to talk to them.

I would sometimes help with training exercises and one of the things I would do is, after the SAR dogs came back from a "job", we would schedule times when we would hide so they could find a live person. Finding too many dead people would depress them and they needed the lift.

And many years ago, when I had bookstores in Denver, there were a couple of times when K-9 units responded to my store alarms going off. The cops wouldn't let me go in but would send a dog.

One night, the dog came back out, literally leading a bad guy by the wrist. I was completely blown away by that and the dummy burglar was just embarrassed.

I remember a story that made the news about a K-9 cop being sent into a hardware store and bringing out a kitten that had somehow gotten in and lost in the store.

Good boy, Judge. Hope I see you on the other side.

Ahh, sad but uplifting as well. What a send off. Rip.
You must log in or register to reply here.

Dogs Are Incredible, But This is Ridiculous...

What the Chauvin trial reveals.
7 8 9

Chauvin juror: I didn't want to go thru the rioting
3 4 5

Ron Johnson may be onto something with Trump supporters avoiding vaccinations.