Do a majority of Americans believe President Biden to be a real-life Manchurian candidate?​ 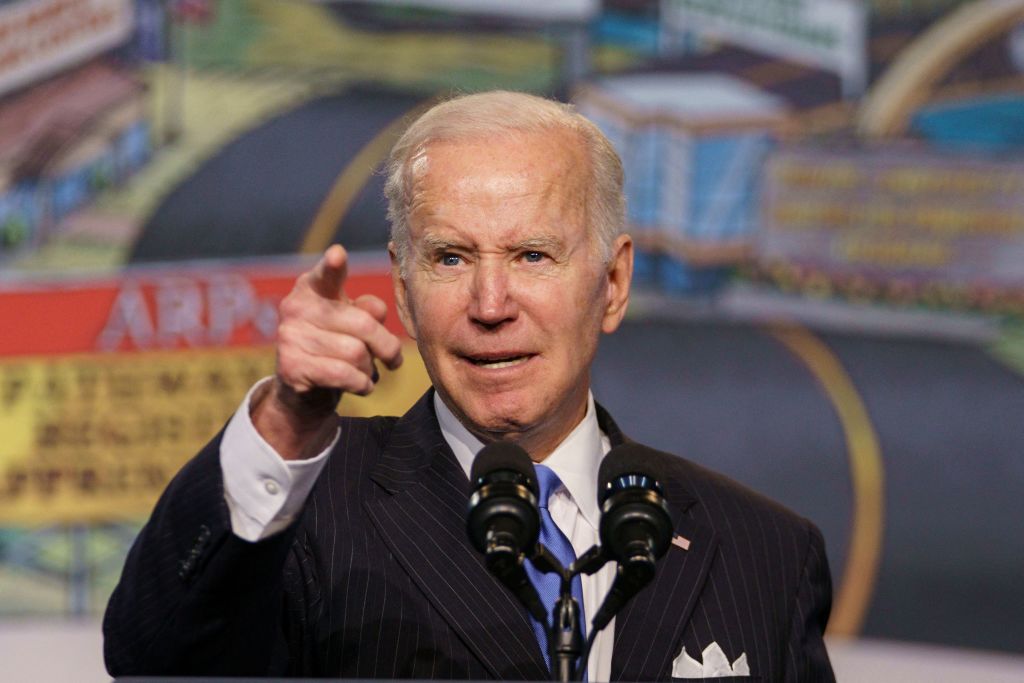 A recently conducted poll found that a massive percentage of likely Democrat voters believe Biden is 'compromised' by his ties to China.

According to a new poll from one of the country’s most accurate pollsters, at least two-thirds of the voting population have doubts as to whether the Biden family’s business dealings with China have left the president “compromised.”
The results of the poll, which will be released on Tuesday, reveal that a whopping 63.7 percent of American voters — including 34.3 percent of expected Democrat voters — believe Biden to be “likely” compromised and/or conflicted “when dealing with China.”
Partnering with Convention of States Action, The Trafalgar Group conducted the survey, which polled 1,079 likely general election voters from April 5 to April 8. The poll had a 95 percent confidence level and a margin of error of +/- 2.99 percent.
“How likely is it that President Biden is conflicted/compromised when dealing with China due to the Biden family’s personal business dealings in China?” the poll asked respondents.
~Snip~
In a report published on March 30, The Washington Post revealed that an official Department of Justice investigation had found documents showing a 2017 financial arrangement between CEFC China Energy, Hunter Biden and the president’s brother, James Biden.
CEFC “had financing from government development banks and ties to the Chinese Communist Party and the People’s Liberation Army,” The Washington Post reported.
~Snip~
“While many aspects of Hunter Biden’s financial arrangement with CEFC China Energy have been previously reported and were included in a Republican-led Senate report from 2020, a Washington Post review confirmed many of the key details and found additional documents showing Biden family interactions with Chinese executives,” The Washington Post reported.

​
~Snip~
On March 17, 2022 — seventeen months after the news first broke — The New York Times finally admitted to the authenticity of the laptop, its contents and the New York Post’s reporting.
~Snip~
Well over a year of seemingly biased reporting on the laptop controversy and other scandals seems to have left many Americans doubting the Biden family’s allegiances.
Even, apparently, as many as one-third of likely Democrat voters.
This article appeared originally on The Western Journal.


Commentary:
Certainly, this can't be true. According to 100% of the Progressive Maoist/DSA Democrats and their Quisling media, including MSNBC/CNN/ABC/CBS/NBC/NPR and NY Times and WAPO, Biden did no wrong in China, Afghanistan or Ukraine or anywhere else.
So, Biden owned by China? Who cares? What the voters do care about is the price of things, how much money is left, if any, at the end of the month. There is no complicated math involved in that equation, and the response is equally simple. Punish those who are in power.
All anyone has to do is pay actual attention to what this Progressive Maoist cabal has done to this country in a little over fifteen months.
And then be man/woman to admit the truth.
Where is, repeat, where is Joey Xi Bai Dung? "The World Wonders".​

Most accurate for the 2016 election. But they failed the 2020 election because it turned out the fix was not in.
To live is to suffer~Fritz Lang-Film Director

Moonglow said:
Most accurate for the 2016 election. But they failed the 2020 election because it turned out the fix was not in.
Click to expand...

What a stupid claim since Trump wasn't friendly to China
“A theory that is not refutable by any conceivable event is non-scientific.” – Karl Popper

"The climate system is a coupled non linear chaotic system, and therefore the long-term prediction of future climate states is not possible" --- IPCC

This thread remaining in zone one proves the board is run by right wing loons
You must log in or register to reply here.

Not only should we not have more socialism in our US government we should reduce the current...

Why aren't the Republicans in Congress trying to impeach the fake president?

The New Politics of Bifurcation
2 3

A moment ago
Remodeling Maidiac

Please, Someone 25th This Idiot...