Who Controls the US Drug Market? 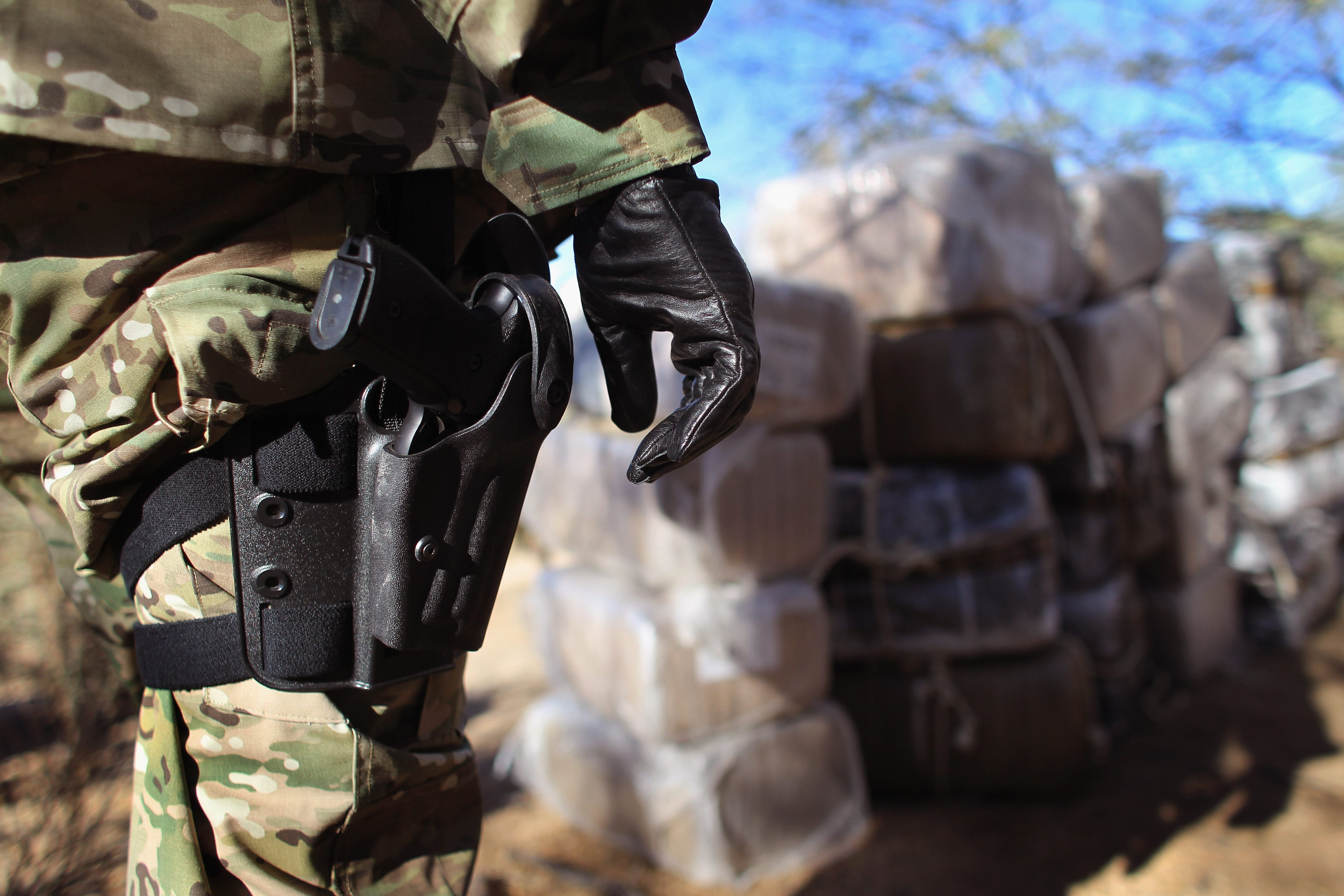 And not a single one of them would exist if not for Americans buying their poison.

Not a single one of them would exist if we attempted to secure our borders, and supported the Mexican government militarily to wipe them out.
It is not rocket science. At any given time we know where the grow fields are as well as the processing plants...(a.k.a. Columbia) thing is though, the American government is far more worried about the handful of civilian deaths that a drone strike would cause than the the millions of lives ruined by the drugs.
Last edited: Feb 1, 2016

Here in WA, the marijuana market is controlled by the Liquor and Cannabis Board.

longknife said:
And not a single one of them would exist if not for Americans buying their poison.
Click to expand...

They also would not exist if we stopped fighting the natural instinct of stupid people to poison themselves. There would not be such an abundance of idiots in ghettos, trailer parks and prison if this stuff was as cheap and easy to get as it should be. Stupidity knows no class. If Ted Kennedy could have snorted all the blow he wanted too, Mary Jo Kopechne might be 75 years old today, and the criminally insane totalitarian sociopath who killed her may have had his heart explode in his first term.

Given a chance, most of their grand parents would have OD'd in the 1960s before they managed to add 4 or more idiots to the gene pool. I say we legalize it across the board. Once the morgues fill up and the crematoriums have a workload that resembles Sobibor because the morons can can smoke or inject lethal doses for pennies, the people who are slightly more intelligent will recognize the way to stay alive. We have been trying prohibition of shit for 100 years. It doesn't work.
W

Jalisco cartel's rise to the top...

Once minions of Guzman's Sinaloa Cartel, traffickers of the Jalisco New Generation Cartel (CJNG) have turned on their former masters, seizing territory and buying off thousands of corrupt police. Led by former policeman Nemesio Oseguera, aka "El Mencho", the gang soon carved out an empire at the expense of weaker rivals. The speed of its ascent shows how quickly power can shift in Mexico's multi-billion-dollar drugs trade. Juggling interests from China to North Africa and eastern Europe, the CJNG's bloody advance has pushed murders to their highest levels under President Enrique Pena Nieto, who vowed to restore law and order when he took office in late 2012. 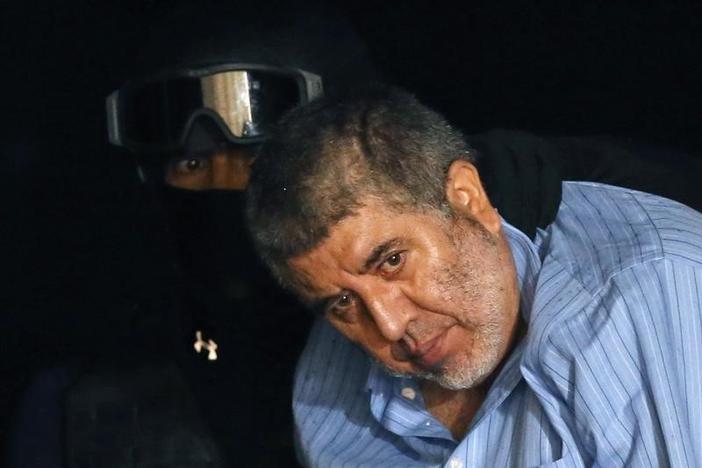 A federal policeman escorts Vicente Carrillo, drug kingpin of the Juarez Cartel, at the hangar belonging to the office of the Attorney's General in Mexico City​
All but four in a 2009 list of Mexico's 37 most wanted capos are now dead or in jail, and Pena Nieto did initially succeed in reducing violence. But a resurgence that led to 3,800 murders between July and August highlights the government's failure to beat down cartels without new ones springing up in their place. Pena Nieto recently sought to allay security concerns by announcing a plan to step up crime prevention in the worst-hit areas. He did not set out the details of his plan, but urged states to speed up efforts to put local police under unified statewide command. Intimidating, paying off or eliminating police, CJNG leaders have ruthlessly applied lessons learned during their apprenticeship under Guzman's cartel to muscle in on battered rivals and snatch trafficking routes, security experts say. 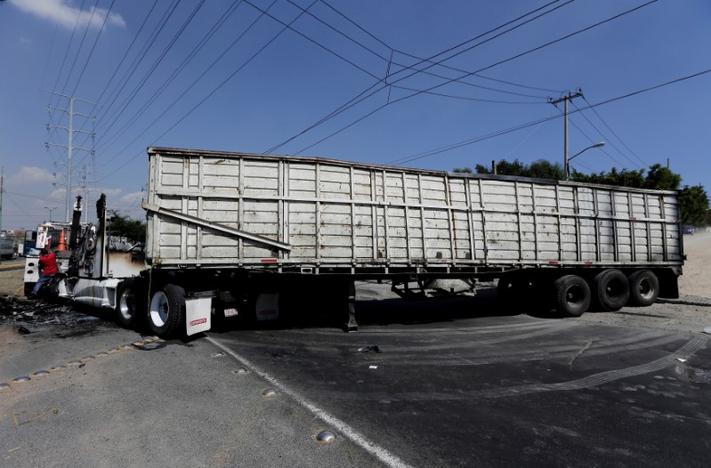 The wreckage of a tractor-trailer set ablaze by members of a drug cartel is seen blocking a road in Guadalajara​
Interviews by Reuters with over a dozen serving and former officials underlined how collusion between gang members and law enforcement in the CJNG's stronghold, the western state of Jalisco, laid the foundation for the gang's advance. "People stopped trusting the police. People believed the police in the state were working for a criminal gang," said Jalisco's attorney general Eduardo Almaguer. Bearing the brunt of the chaos are the ports, trafficking centers and border crossings that light up the multi-billion dollar trail of crystal methamphetamine from Mexico to the United States, the CJNG's main source of revenue. 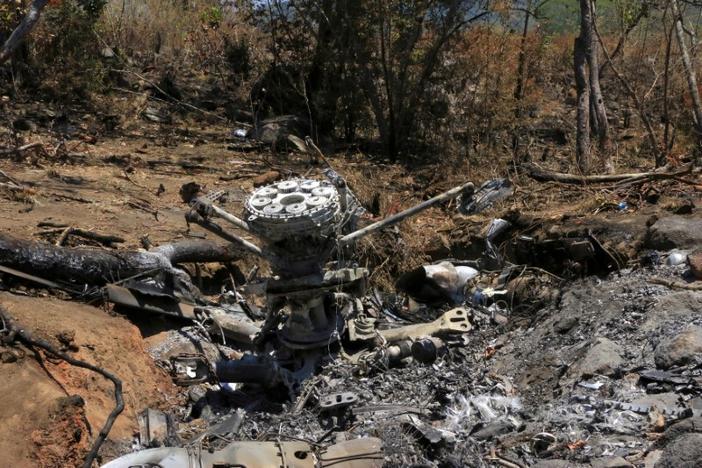 The wreckage of a military helicopter is pictured at the crash site near Villa Purificacion, Mexico​
Both savage - one gang hitman videoed blowing up victims he had strapped with dynamite - and shrewd, the CJNG is flanked by a white collar financial arm known as "Los Cuinis". "They're the entrepreneurs. They've made big investments in property, in restaurants, car leasing," said Almaguer. "They're the ones who know how to do business and corrupt authorities." Almaguer has fired dozens of state officials suspected of corruption since becoming attorney general in July 2015. But it is municipal police that pose the biggest liability in Jalisco, the home of Mexico's second biggest city, Guadalajara.

Roughly one in five actively collaborate with gangs and about 70 percent "do not act" against them, Almaguer said. As of September, 1,733 serving police in Jalisco, or nearly 16 percent of the municipal force, had failed evaluations known as "loyalty tests" aimed at rooting out corruption, according to data compiled by Causa en Comun, a transparency group. The worst performer was Sinaloa, home state of the now captured Guzman, where half the active police flunked the test.

Human Trafficking, Fentanyl, and a 'Parallel Government' at the Border

Mexico is a threat to our National Security

Why God is Unknowable Unless He Reveals Himself

S
There is No Future Battle of Armageddon:

J
One of the unintended, or perhaps very much intended, consequences of the proposed Equality Act is scaring women and gays out of their wits!
3 4 5