What IS ANTIFA & Their Relationship with Neo NAZIS?

ANTIFA was and is NOTHING BUT A RIVAL OF NAZIS just promoting a different flavor of Totalitarianism.

So when I tell you that THE KKK and other NEO NAZIS are Bait DOGS, and ANTIFA AND BLM are PITBULLS, I am telling you ANTIFA, and THE KKK are part of the same Team. They just don't like each other at all.

They are Rivals wanting to control the same territory and are willing to battle each other for dominance and control of that territory.

Groups like ANTIFA and NEO NAZIS ARE HERE TO SEW SOCIAL DISCORD, DISRUPT DEMOCRACY, ATTACK LAW ENFORCEMENT, and BREAK DOWN THE RULE OF LAW, so that they can forward THEIR LEFTIST AGENDAS.

This is why you sometimes see ANTIFA, carry a SOVIET UNION FLAG, and of course Neo Nazis carry a Nazi Flag. They completely emulate the groups that originally inspired them. Make no Mistake, NEO NAZIS are emulations of NAZI GERMANY, and ANTIFA IS an emulation of THE SOVIET UNION.

Both ANTIFA, and NEO NAZIS are LEFTIST GROUPS who believe in RIGID SOCIAL CONTROLS. They just have major disagreements about what kind of SOCIAL CONTROLS and what TOTALITARIAN SYSTEMS SHOULD BE EMPLOYED TO CONTROL THE MASSES.

NEO NAZIS vs. ANTIFA is like a SICK SIBLING RIVALRY.

Their PRIMARY ENEMY is Freedom, and Democracy. You and Me and THE USA.

“Antifa” is short for “Antifaschistische Aktion” — antifascist action, or movement.

I have written about their history in more detail here: my answer to “Has Antifa become an anti-free speech movement?”

In short, they were the street arm of the German Communist Party, substituting for an earlier organization (“Roter Frontkämpferbund”), which had been outlawed.

They mirrored the Nazi SA, with whom they brawled and fought in the streets (when both weren't beating up neutral bystanders), until outlawed themselves — this time, not by a democratic government but by their rivals, the Nazis, when they took power in 1933. The movement was resurrected in the 1980s, in the same spirit, with similar goals, but with no armed, jackbooted brownshirts to fight*, so they settled with beating up unarmed protesters and bystanders.


They seem fascinated by their prewar history, to the point where they see Holocausts looming beyond every horizon (in case I need to tell you, thankfully that is not so). This gives them, in their own opinion, the moral authority to throttle all speech they dislike, because — hey, these guys are, like, literally Hitler. And, being far left, everything that's right of the far, far left, is literally Hitler.

As I said, they have a consistent record of beating unarmed, non-Nazi people, calling them Nazis and claiming to have acted in self-defense. I guess that, to an Antifa, the whole world looks like a Fa (either a Nazi or, consistent with Communist jargon**, a Fascist).

This is their history, but one’s origins are not all. Do you want to judge them by their actions? By that token, they are a violent, thuggish anti-free speech movement.

Just a few of their enterprises (list courtesy of Takimag):

“masked Antifa goons in Berkeley have attempted to “shut down” anyone to the right of Leon Trotsky in recent months— burning and throwing bricks and tossing M-80s and beating Trump supporters unconscious in the head with bike locks and pepper-spraying female Trump supporters.”

*To be perfectly honest, at the beginning they did find one or two Neonazi skinheads to fight with, in 1980s Europe, but they were too few in number to make Antifas happy, so they extended the definition of “Nazi” to include virtually anyone. Everyone’s a Nazi, in their book.

**Soviet Communists decided in 1941 not to call them Nazis, but Fascists: it felt weird having to explain to the Socialist, Soviet masses that they were fighting for their survival against the, well, National Socialists. Especially since this political similarity had been trumpeted in 1939–1941 to make people accept the Nazi-Soviet alliance, which the latter would have loved to keep, but the earlier didn’t.

Read the article above.

What is THE NAZI FA?

It played a significant role in Adolf Hitler's rise to power in the 1920s and 1930s. Their primary purposes were providing protection for Nazi rallies and assemblies, disrupting the meetings of opposing parties, fighting against the paramilitary units of the opposing parties, especially the Red Front Fighters League (Rotfrontkämpferbund) of the Communist Party of Germany (KPD), and intimidating Slavic and Romani citizens, unionists, and Jews – for instance, during the Nazi boycott of Jewish businesses.

The SA have been known in contemporary times as "Brownshirts" (Braunhemden) from the color of their uniform shirts, similar to Benito Mussolini's blackshirts. The SA developed pseudo-military titles for its members. The SA ranks were adopted by several other Nazi Party groups, chief amongst them the Schutzstaffel (SS), which originated as a branch of the SA before being separated. Brown-coloured shirts were chosen as the SA uniform because a large number of them were cheaply available after World War I, having originally been ordered during the war for colonial troops posted to Germany's former African colonies.[1]

The SA became disempowered after Adolf Hitler ordered the "blood purge" of 1934. This event became known as the Night of the Long Knives (die Nacht der langen Messer). The SA was effectively superseded by the SS, although it was not formally dissolved until after the Third Reich's final capitulation to the Allied powers in 1945.

As I said, ANTIFA and NEO NAZIS ARE ON THE SAME TEAM, PLAYING A DANGEROUS INTRAMURAL SCRIMMAGE BOTH WITH THE SAME LEFTIST GOALS TO SCORE POINTS FOR THEIR TEAM
OP

And if you think it couldn't be worse, it is. ANTIFA, is Part of The Democrat Party's RESIST MOVEMENT.

Here are just a few of their OFFICIAL LOGOS. This group is growing larger and larger. They have chapters cropping up in every city. People joining them don't actually know what they stand for. 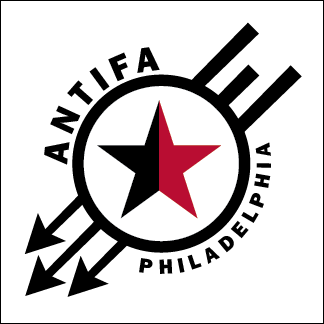 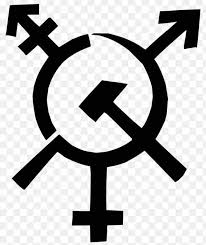 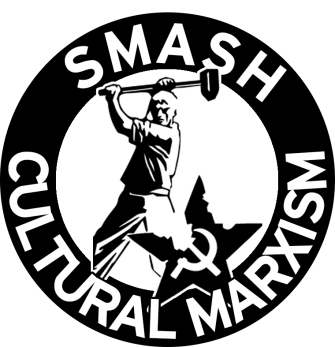 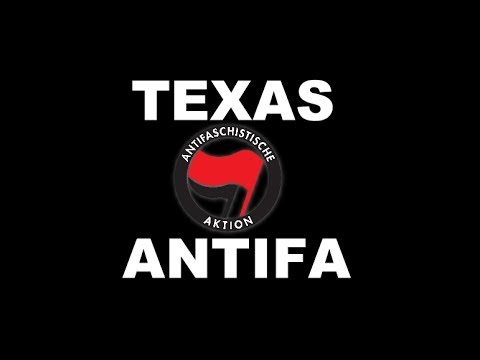 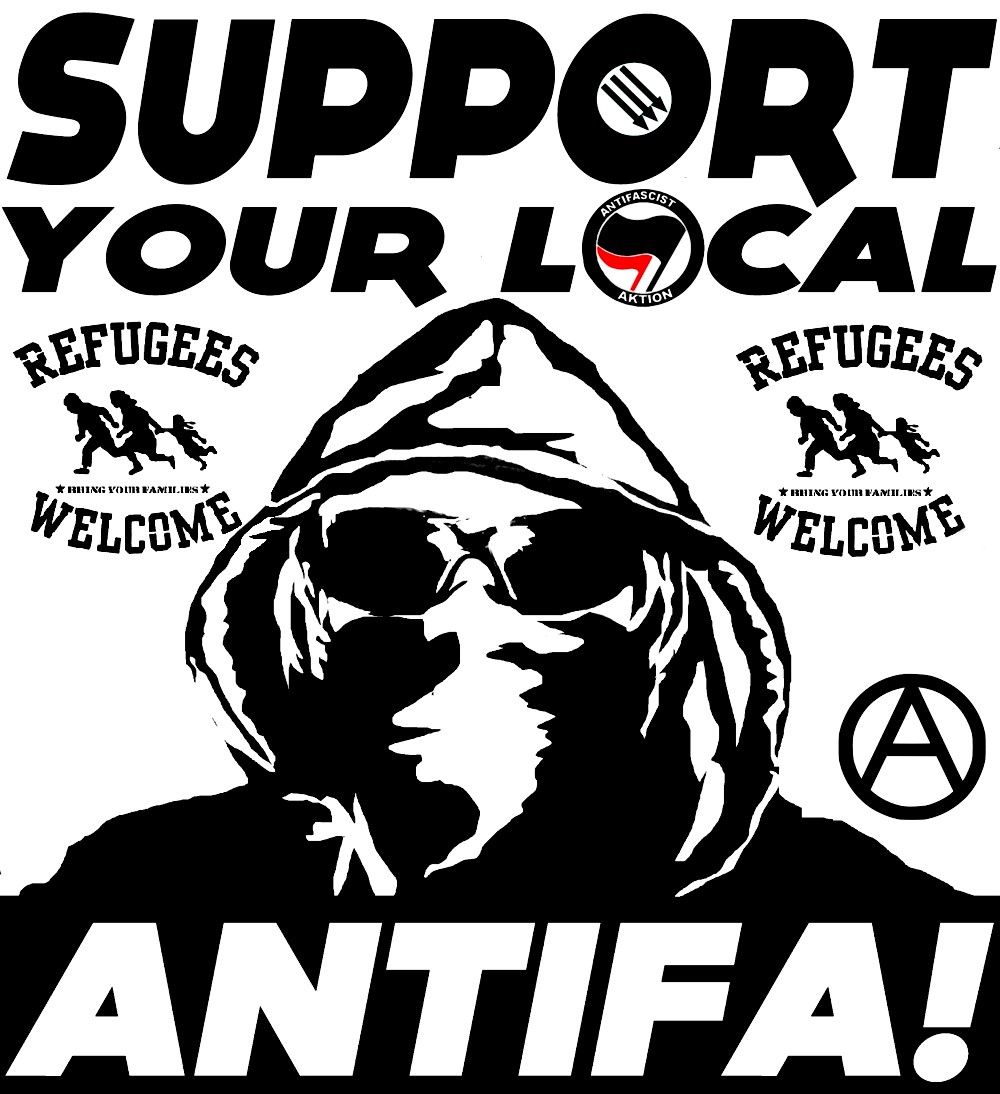 Antifa And Neo-Nazis In Ukraine

When Crap Is Art

A moment ago
my2¢

R
Laugh out Loud, the GOP's Leadership is now bumbling.
2 3