Virginia's Youngkin prepares to wade into national politics, will use new political groups as a vehicle to get involved in other state races in 2022

Congrats Virginia, Youngkin vetoed 25 bipartisan bills including one that would've provided Medical Debt Relief. Anyway doesn't matter because thanks to him Virginia schools no longer teach CRT in the past, present or future. 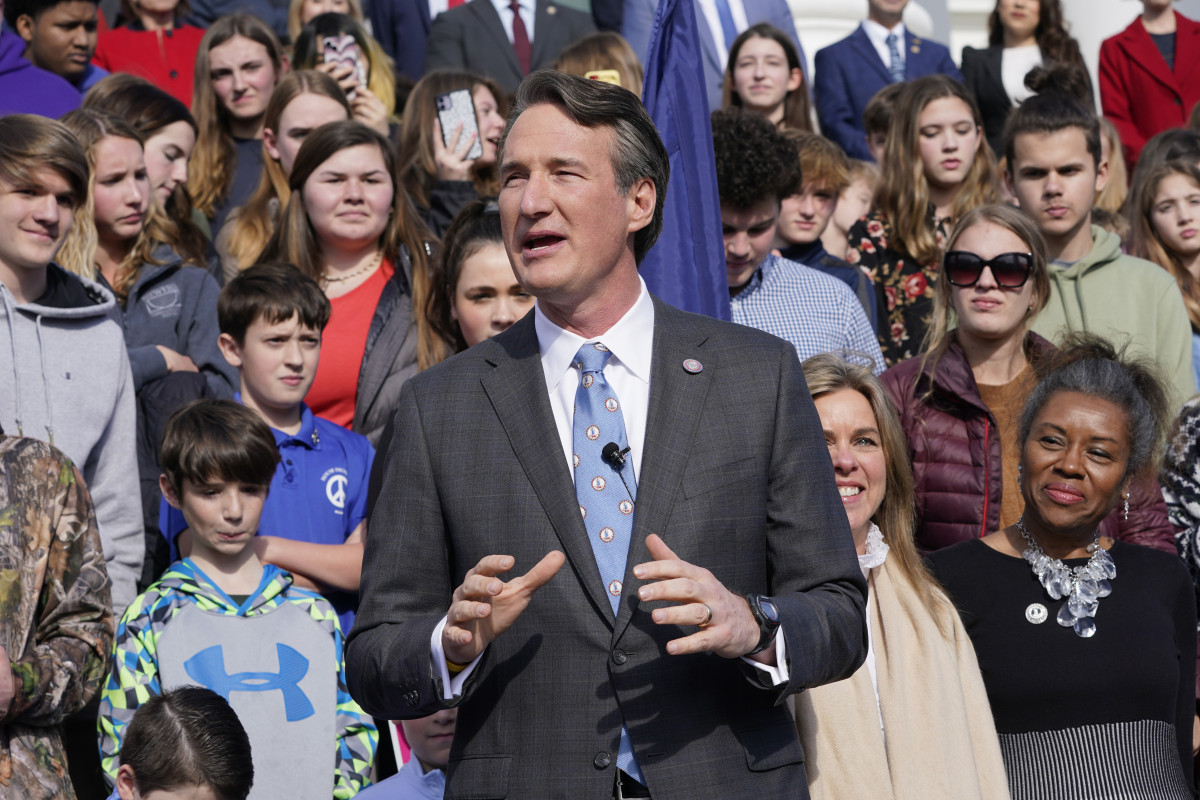 Virginia's Republican governor will use new political groups as a vehicle to get involved in other state races in 2022.

Youngkin’s new operation will allow him to wade into gubernatorial races across the country on behalf of GOP candidates. Youngkin can also use the apparatus to target a pair of Democratic House members in Virginia whom Republicans are looking to unseat.

While the recently elected Youngkin has yet to declare any interest in running for president in 2024, his decision to set up a political vehicle is a natural one for a politician looking to expand his brand and forge alliances nationally. Youngkin made inroads in Democratic-leaning suburban areas in last year’s Virginia election by focusing on coronavirus restrictions and education — issues he conceivably could inject into races outside his home state.

Youngkin’s apparatus could also be used in next year’s Virginia state legislative races, when Republicans will look to achieve full control of the General Assembly for Youngkin’s final two years as governor. While Republicans have the majority in the state Senate, Democrats currently control the House of Delegates.

Ron Wright, a member of the Republican Party of Virginia’s state central committee, argued that the governor could help to knock off several Democratic congressional incumbents in the coming November elections, noting that in last year’s election he made inroads with traditional Democratic constituencies, including among Latino voters.

“Those issues that he’s run on haven’t gone away,” Wright said, adding that Youngkin’s status as a nationally recognized figure would be a boon to the state’s down-ballot Republican candidates. “You get Gov. Youngkin in there campaigning, he’ll do well.”

Kristin Davison, a senior adviser for Youngkin’s political operation, said the new groups will build on Youngkin’s campaign themes. “Looking to 2022, Gov. Youngkin will continue to grow that movement and help other candidates win, especially those that will turn blue states red, just as he did in Virginia last year,” Davison said in a statement.

“It’s great to see Gov. Youngkin take action to support Republicans at the national level. Glenn’s race was a blueprint of how to use common sense policies to win the trust of swing voters, and we need to replicate his win,” said Nebraska Gov. Pete Ricketts, the Republican Governors Association co-chair, in a statement.

he was pushing the vaxx just yesterday. I had my doubts about the guy..in many ways he's a lot like Warner.....a carpetbagger. I barely trust him. He has done some good things but i'm not ready to drop my guard. I will not at this time and can't see it in the future, supporting him for anything other than this go round as governor. Going with my intuition on this one.
OrangeMan2024

DON"T EVER minimize the tenacity of democrats to continue to introduce bad policy.
OrangeMan2024

Virginia Governors are lame ducks the moment they are sworn in because they cannot run for re-election. That plus Richmond's proximity to DC always makes the current governor some beltway partisan for their respective party pretty early on.

I love the smell of dem angst in the morning.....Smells like victory.


Calypso Jones said:
he was pushing the vaxx just yesterday. I had my doubts about the guy..in many ways he's a lot like Warner.....a carpetbagger. I barely trust him. He has done some good things but i'm not ready to drop my guard. I will not at this time and can't see it in the future, supporting him for anything other than this go round as governor. Going with my intuition on this one.
Click to expand...

He's spent so much time out of the state i hardly consider him virginian. That's what i meant when i said...'in many ways'.
OrangeMan2024

Virginia's Republican governor will use new political groups as a vehicle to get involved in other state races in 2022.

He better make sure that the voter fraud in 16 plus counties in the NoVa Area don't do it again. IF he can do that we can unload Warner and Crazy eye Kaine.
OrangeMan2024

Remember when the left...justine fonte her name. Taught first graders how to masterbate. Yeap in...

The ‘Chekhov’s Gun’ of Political Intimidation

Glenn Youngkin gets blamed for current traffic/weather issues....while not in office yet

With Youngkin victorious, a post-Trump Virginia returns as a swing state
2 3 4

34 J6 Prisoners in DC, Some on Misdemeanor Charges, Pen Letter Asking to Go to Gitmo to Escape Beatings, Conditions
2 3

Another $12B to Ukraine…what is with this constant supply of money and weapons to Ukraine?
17 18 19