Evan Soltas issues a challenge for fiscalists to explain why fiscal contraction - a whopping 50% decrease in the deficit - hasn't resulted in a double-dip recession. Are the market monetarists onto something, or have the fiscalists got a satisfactory answer?

Over time net spending also comes into play. If the government would run a tight fiscal stance over time, that would force non-government either to "borrow" more to maintain position or else give up position, assuming that the trade balance remains the same. 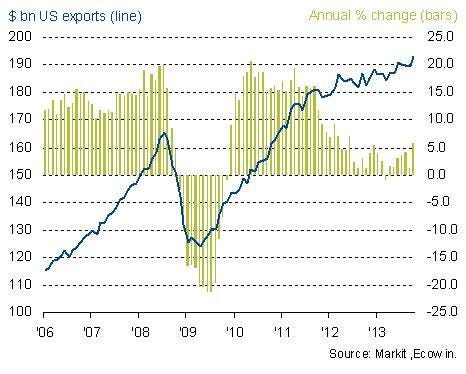 Consensus forecast was for the deficit to have closed to $40 billion, compared with $39.3 billion prior.

USA Drops Out of Top 10 Most Economically Free Countries

Collins wants republicans to vote for her but she wants the next SC pick to be democrat!?
10 11 12

Why isn’t Trump considering a white male for SCJ?
2 3