(Reuters) - The United States government reported a budget surplus for the final month of the 2012 fiscal year, but the tiny bump in revenues did not prevent the country's deficit from exceeding $1 trillion for the fourth year in a row.

The 2012 budget gap was $1.089 trillion, narrower than last year's deficit of $1.297 trillion because of higher corporate income tax receipts and less spending, the Treasury Department said on Friday.

The deficit equaled 7.0 percent of U.S. economic output, down from 8.7 percent last year, the department said. Economists generally consider deficits exceeding 3.0 percent of gross domestic product to be unsustainable in the long term.

The year-end budget report comes in the final weeks of the presidential election campaign, where the massive budget gap and President Barack Obama's economic policies have dominated the debate.

After the budget data was released, Obama's Republican challenger Mitt Romney reiterated criticisms that the Democratic administration's reckless spending has racked up the deficit and pushed the national debt over $16 trillion.
Click to expand...

Wow, we don't need another 4 years of this!
OP

This is fucking bull shit!

Obama and biden will go down in history as the worst of the worst, there idiots .....
Spend and borrow, womb to the tomb, its disgusting ...... 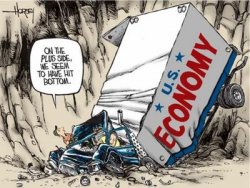 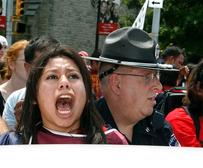 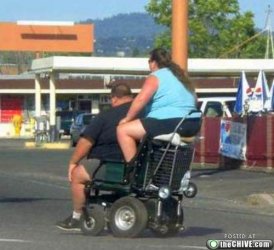 No doubt Obama is preparing a speech to blame anyone but himself.

gotta love capitalism.
To live is to suffer~Fritz Lang-Film Director

Stop me if you've heard this before... TOLD YOU SO.
If you are a Democrat, or if you vote for Democrat running for political office, you are a very sick puppy.

Big Black Dog said:
Stop me if you've heard this before... TOLD YOU SO.
Click to expand...

If Obama is reelected we will be hearing a lot more of this.

The Feds Really Did Incite Jan. 6, with Help From Antifa Elements Like John Sullivan

4 minutes ago
Smokin' OP
S
B
Following the Money Trail(s), Members of the Jan. 6 Select Committee Are Uncovering a Well Organized and Financed Coup Attempt
2