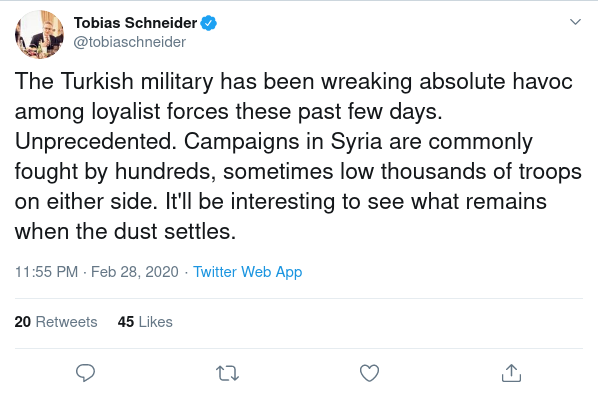 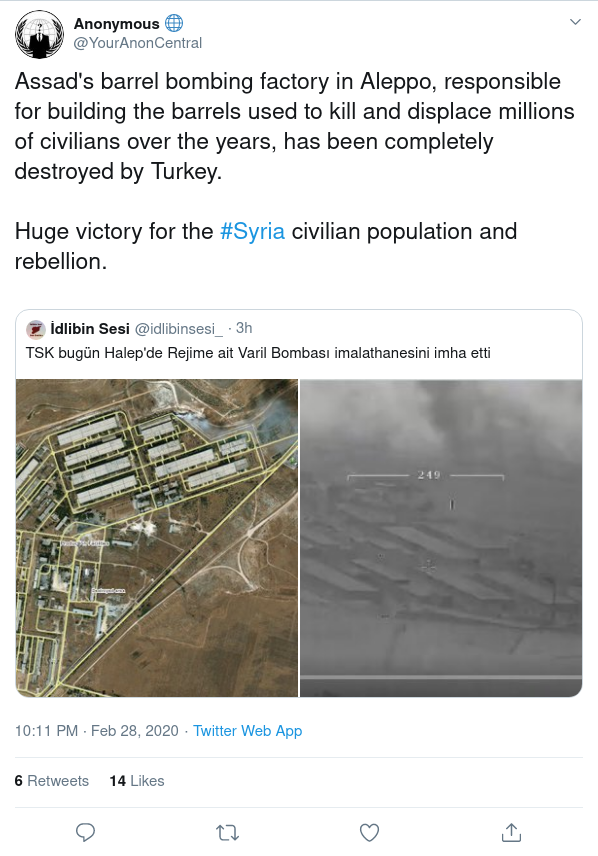 Tomorrow is end of deadline for Syrian Army to retreat from Idlib, this deadline (end of February) has been set by Turkish President Erdogan.
TSK only showed a fraction of its power with combat-drones and artillery strikes.
No cruise missiles, no Airforce used.

The facitily has been attacked by Israel in 2013 without completely destroying it
What is the Attacked Syrian Facility? | Israel Defense 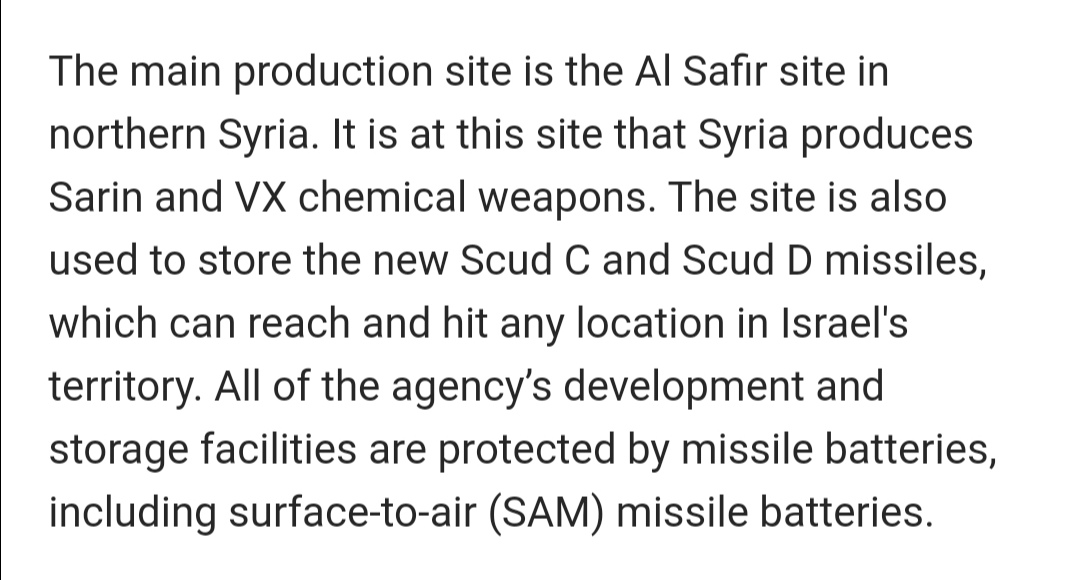 ekrem said:
The facitily has been attacked by Israel in 2013 without completely destroying it
What is the Attacked Syrian Facility? | Israel Defense

Rest assured it is destroyed now by Turkish Army.
Click to expand...

It's protected by missile batteries like Russian made Pantsir S1.

It's 2nd documented strike on this Russian system 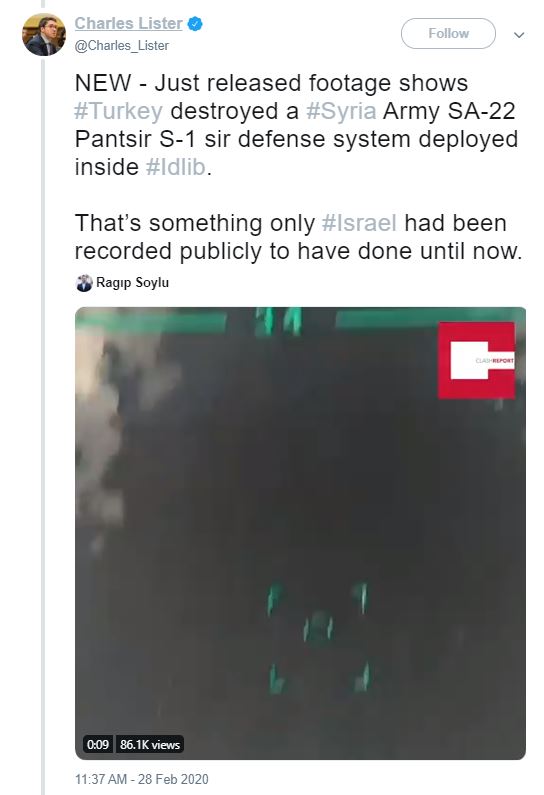 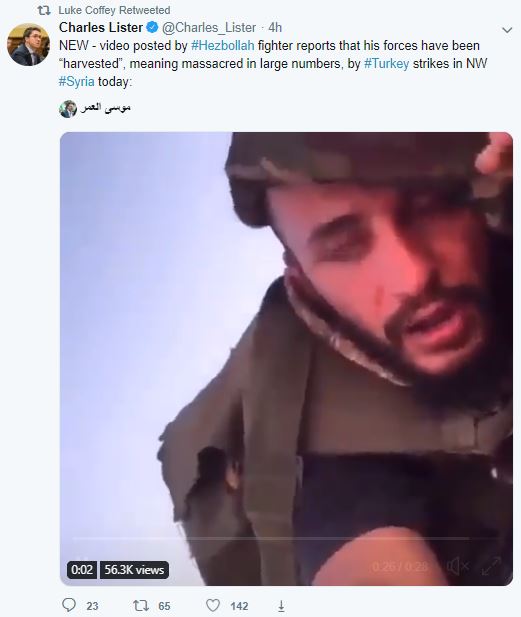 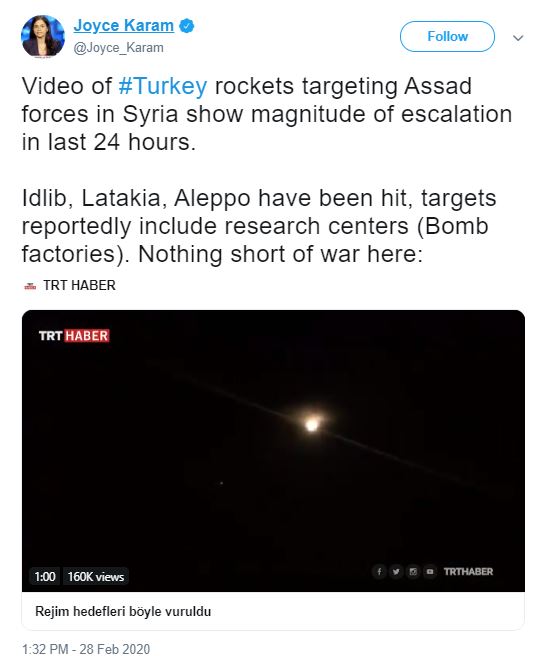 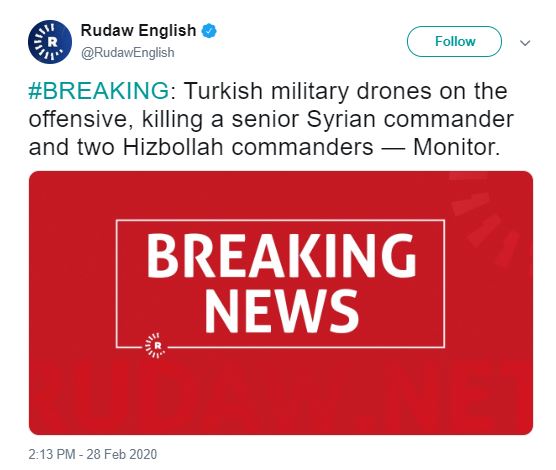 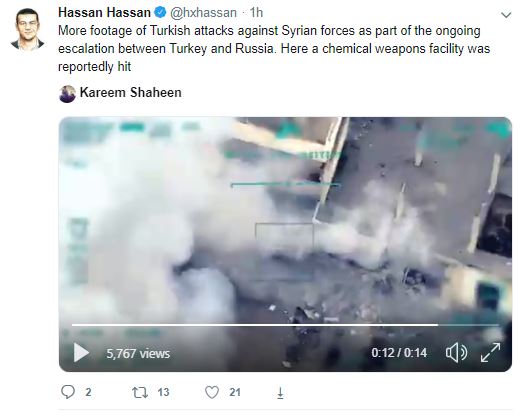 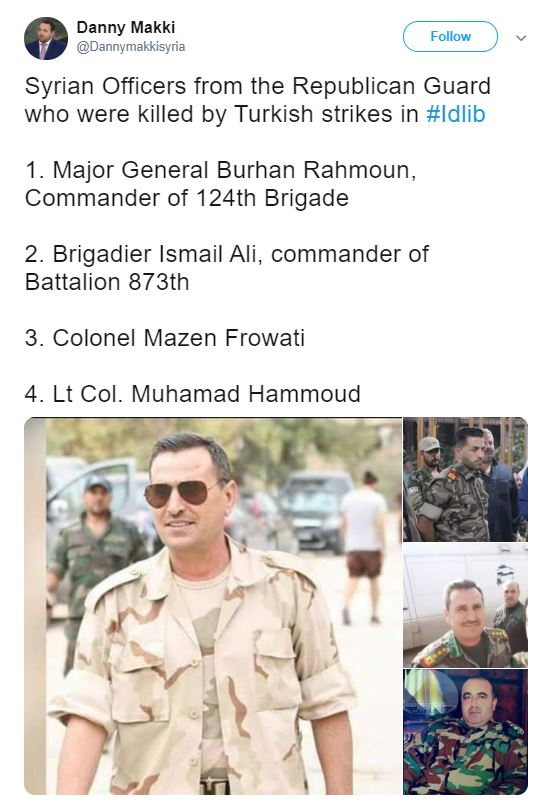 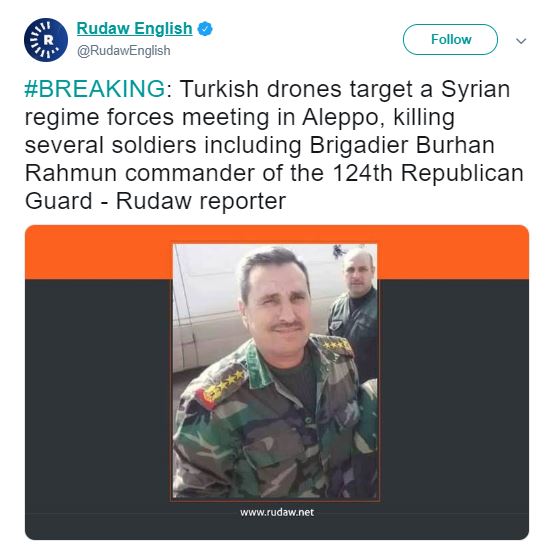 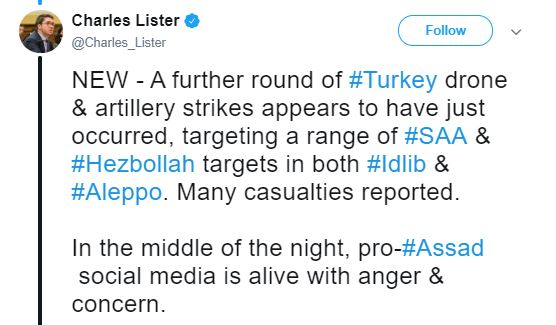 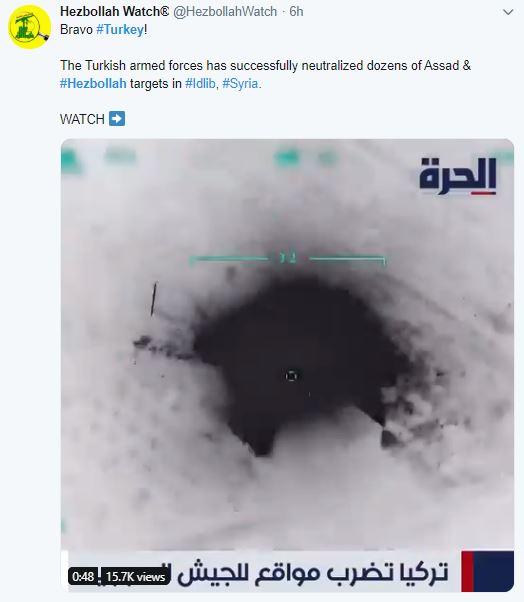 According to a military source in the Aleppo Governorate, the Turkish military heavily targeted their armored and technical vehicles, causing significant destruction to their northwestern Syria arsenal.
In addition to attacks on the Syrian Army’s vehicles, Turkish military also targeted the government’s installations, inflicting heavy damage to these sites.

Turkish military carries out massive attack against Syrian Army
You must log in or register to reply here.

New its clear Erdogan is putler´s poodle. " Turkey says thousands of migrants have crossed to EU"