I'm not sure he could win the presidency, but he could make a strong wingman as V.P. 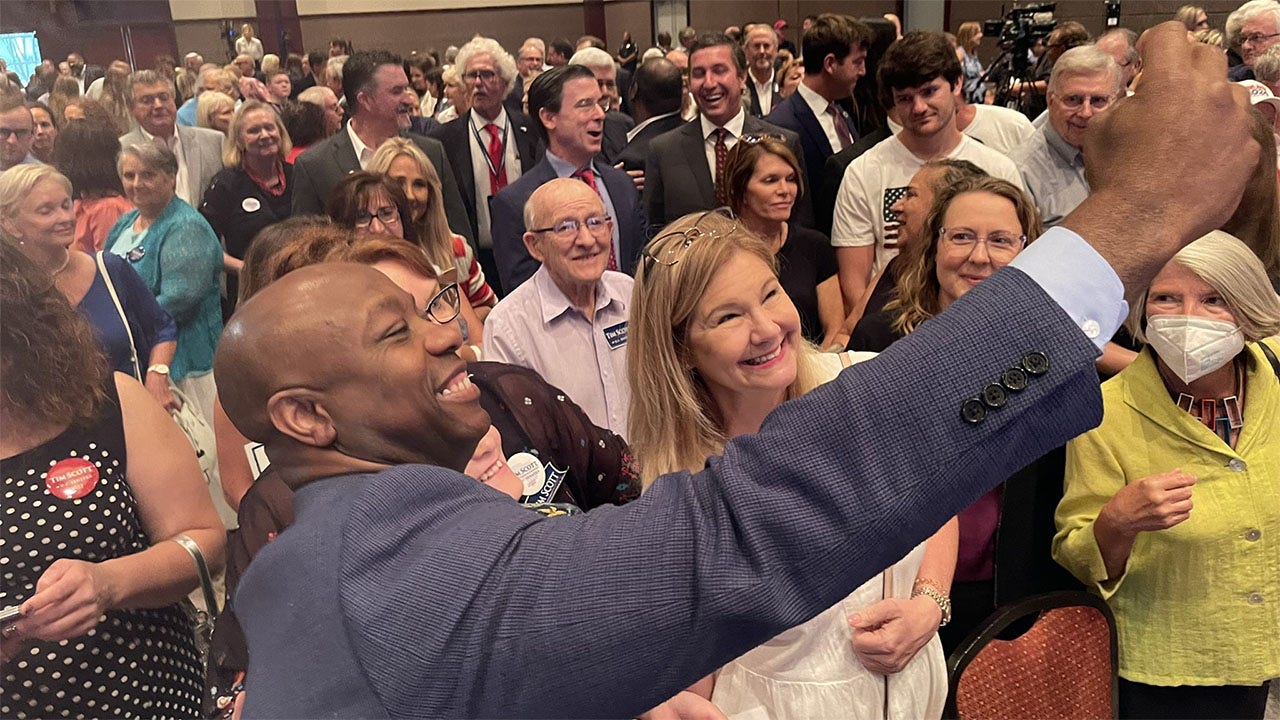 Sen. Tim Scott of South Carolina is hauling in a lot of campaign cash as he runs for reelection in 2022, and that’s generating some buzz about 2024.

Sen. Tim Scott of South Carolina is hauling in a lot of campaign cash as he runs for reelection in 2022, and that’s generating some buzz about 2024.

The only Black Republican in the Senate and a rising star in the GOP brought in $9.6 million during the April-June second quarter of fundraising, which is an eye popping figure. And as of the end of June, the senator had $14.4 million in his campaign coffers

"South Carolina is ready to reelect Tim Scott and we are proud of the record breaking support we have received so early in the cycle," Scott campaign consultant Sam Oh said in a statement.

As of now, Scott is unlikely to face a challenging reelection next year in the reliably red Palmetto State, where he won his 2016 election by nearly 25 points. Last November, then-President Trump carried the state by 12 points and Republican Sen. Lindsey Graham won reelection by 10 points despite record-breaking fundraising from Democratic challenger Jaime Harrison, who’s now the chair of the Democratic National Committee.
S

I will NEVER donate or support in any way, anyone who turned on Trump after that election was stolen. F**k'em ALL.
Si Vis Pacem
Para Bellum
You must log in or register to reply here.

Conservatives won't talk about a record-breaking heat waves and wildfires

"From cotton to Congress" to the White House...GOP megadonors flock to Tim Scott, building 2024 buzz

‘They’re all begging me’: Trump’s 2024 veep tryouts get underway...could be Tim Scott or an Asian American in California, somebody Hispanic in Texas
2 3 4

And Now For The Healthcare CURE....

583 threats of violence against conservatives.
3 4 5