At least 13 people died in a crush in Peru after trying to escape police who raided a nightclub violating coronavirus restrictions, police say.

The interior ministry says six people were injured, including three police officers. Some 23 people were detained.

Peru imposed a night-time curfew in March, and this month re-imposed a ban on large gatherings.

The Latin American country has recorded more than 576,000 cases of coronavirus cases and more than 27,000 fatalities. 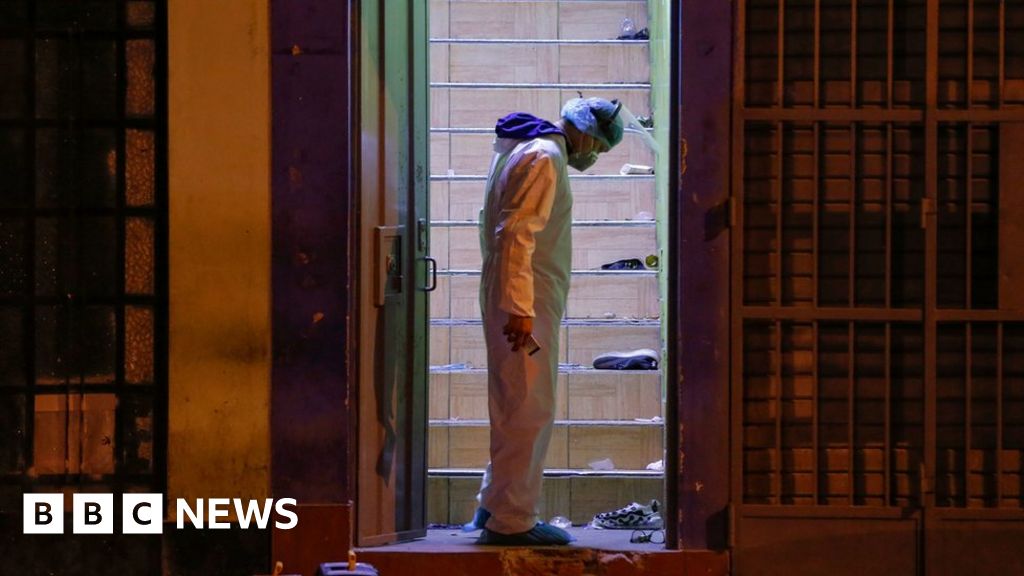 The crush happens as revellers try to leave a nightclub in the capital Lima.
www.bbc.com

They all tried to run out of one exit. That's crazy.
If your path demands you to walk through hell, walk as if you own the place.
You must log in or register to reply here.

Reports: Head of Mexican Consulate in Tucson is removed after sexual harassment complaint

Trump: How many Venezuelan drug ships did you size already?

The Struggle For Labor Unions.

Is this a sick joke?

My ahole brother made my mom cry
2 3

7 minutes ago
The Irish Ram