We do not have a gun problem in the United States......

We have 600 million guns, over 19.4 million Americans can and do legally carry guns in public for self defense.

They are not using those guns for crime or murder.

The individuals who are shooting people and using guns for crime? Are already criminals who cannot legally own or carry guns.....they are arrested by the police over and over again....and then Kim Foxx, the head of the prosecutors office and her minions, keep releasing them over and over again...no matter how many times they are caught with illegal guns.....

That is our problem...the democrat party.....


Chicago police seized four weapons and a 50-round ammunition magazine after officers saw four men openly displaying guns amidst a large gathering outside a Near West Side housing complex early Saturday, authorities said.

But prosecutors only approved felony charges against one of the accused men. All of the others, charged with misdemeanor unlawful use of a weapon, were released on recognizance bonds.

The decision to only pursue misdemeanors against men accused of openly displaying guns during a late-night gathering on the Fourth of July weekend may reflect new priorities in the office of Cook County State’s Attorney Kim Foxx.
---
Last month, Foxx’s top data officer held a “training session” for Chicago journalists in which he said CPD was not “arresting the right people” for illegal gun possession in the city. A lot of people whose first arrests are for gun possession “will forever be marked as a felon [and end up with] different life choices as a result of this,” WBEZ quoted Matthew Saniie as telling journalists.

CWBChicago will have much more about the Cook County Sate’s Attorney’s Office journalism training session in the days ahead. But, for now, let’s go back to those four people who were arrested on the 1300 block of West Washburne around 12:50 a.m. Saturday.

Officers assigned to watch CPD surveillance cameras in the police department’s Near West (12th) District notified field units that they saw four men sitting in and standing near a minivan with its doors open near a “large gathering,” prosecutors said.

When patrol units arrived, the four men were inside the minivan, according to prosecutors.

The front seat passenger, Clarence Williams, had been seen in the front passenger seat displaying a gun, turning its red laser sight on and off, and moving the weapon around, prosecutors alleged Saturday. Officers ordered Williams, 22, out of the van and recovered a firearm from the floorboard near his seat, the prosecutors said.

Police saw the van’s driver, 23-year-old Johnquez Galloway, toss a partly-opened bookbag toward the back seat as they arrived. Officers opened it and found a loaded 22-caliber Ruger inside, prosecutors said. According to the allegations, Galloway has a Firearm Owner’s ID Card but not a concealed carry license.

Prosecutors said the two other men in the car, 24-year-old William Davis Jr. and 21-year-old Phillip Davis, also displayed firearms and were found with guns when police arrived.

Galloway is the only one who’s charged with felony unlawful use of a weapon. His defense attorney said he works three jobs and argued police had no reason to go into the backpack they allegedly saw him toss.

Judge Susana Ortiz set his bail at $3,000. He posted a $300 deposit to get out of jail.
------
He released them on their own recognizance with curfews that require them to stay in the house when they aren’t working. None of them has criminal records, according to their defense attorney. 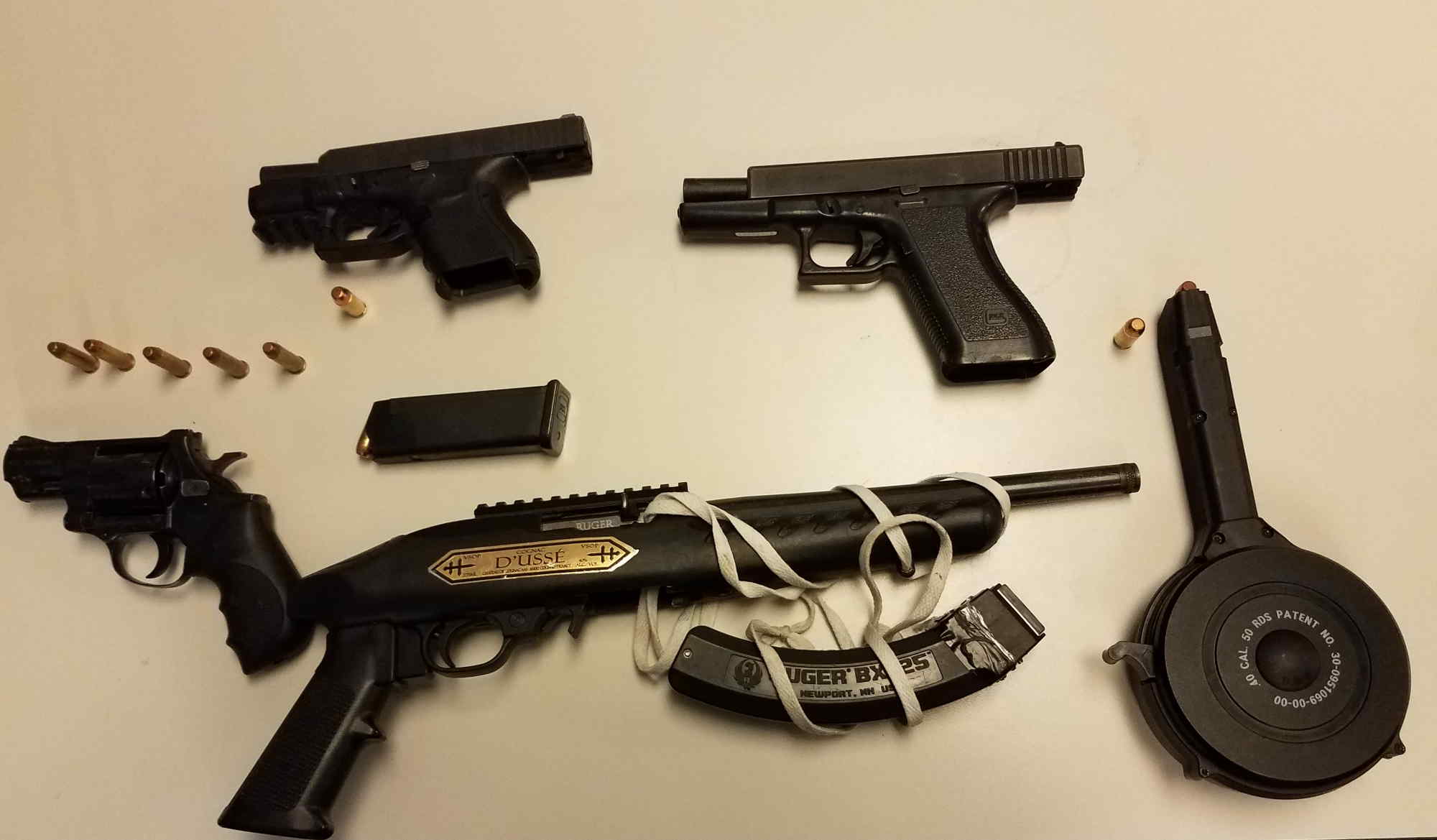 4 men, 4 guns, a 50-round ammo magazine, but only 1 felony charge from prosecutors? That's Chicago. - CWB Chicago

Chicago police seized four weapons and a 50-round ammunition magazine after officers saw four men openly displaying guns amidst a large gathering outside a Near West Side housing complex early Saturday, authorities said.

cwbchicago.com
A woman is grabbed by a violent serial rapist at a bus stop, a train platform or in her apartment...he plans on beating, raping and murdering her. She has a gun, and can stop the rape with the gun......
Do you want her to use that gun to stop the rape?
A woman stops an attack with a gun, a brutal rape, torture and murder...in a public space....if you had the ability to go back in time, and prevent her from having that gun...would you?

But only because Putin told him to.

Being an apologist for the Left is not only easy, it's comical to say the least.
Why nationalize industry when you can nationalize the people?

Once and for all, the feds need to get off the property with that damned gun control paperwork, mental health background checks, and service of process, and respect our absolute right to carry and possess firearms and other weapons.

2aguy said:
Galloway is the only one who’s charged with felony unlawful use of a weapon
Click to expand...

Unless you are threatening and demanding money — or you actually fire it and shoot and kill or injure someone with a gunshot — there is no other possible felony unlawful use of a weapon to be charged in court.

In other words, barring murder and armed robbery, there is no reason to invoke an unconstitutional haze of federal statutes that will never stand up in any actual court of law rather than "the usual" Democrat political machine justice system.

Meanwhile the Europhobic Chicago establishment is a freaking out that a White dude allegedly had 2 firearms in his hotel room. The assumption being he was going on a revenge for Custard's slaughter and holocaust all the Black and Brown occupants of Chicago. The obvious question is why do that when Blacks and Browns are doing the job already? Well, they are not getting the job done fast enough for some so maybe he was going to sell the weapons to local drug dealers?

Snouter said:
Meanwhile the Europhobic Chicago establishment is a freaking out that a White dude allegedly had 2 firearms in his hotel room
Click to expand...

The usual. Bureau of Alcohol, Tobacco, Firearms and Explosives | on a car-trashing life-ruining home-wrecking rampage without any probable cause or warrant of any sort.
You must log in or register to reply here.

The Silent Emergence of Fascism in the USA – Pelosi’s Tuesday Announcement Should Send Chills...

One step to stop criminals with guns...no Plea Bargains for gun crimes....Ohio Prosecutor has...

We are Witnessing the Death of the West
2 3

B
Why does the ghetto exist?
2